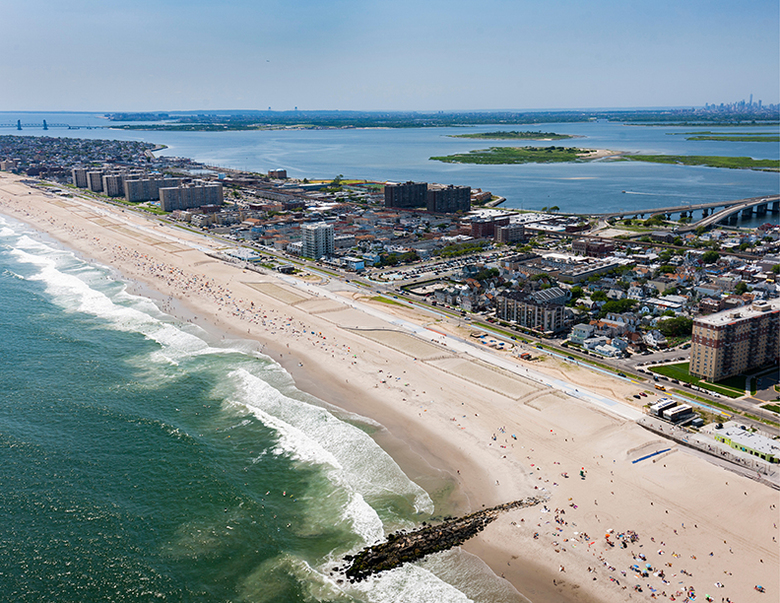 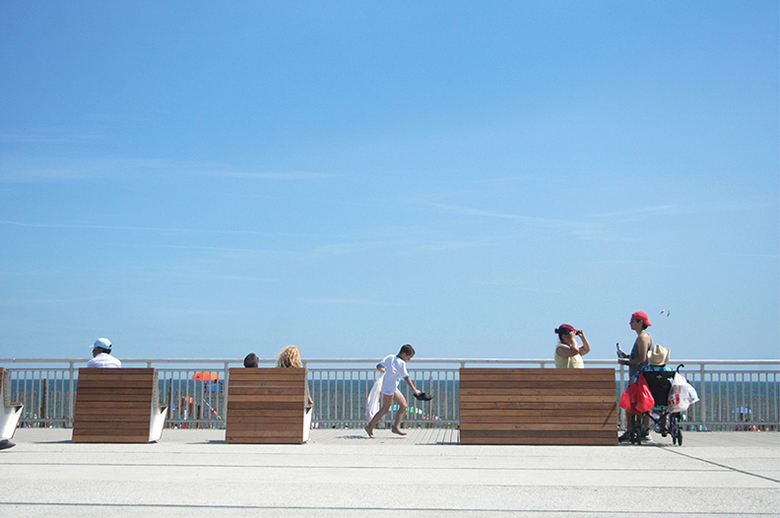 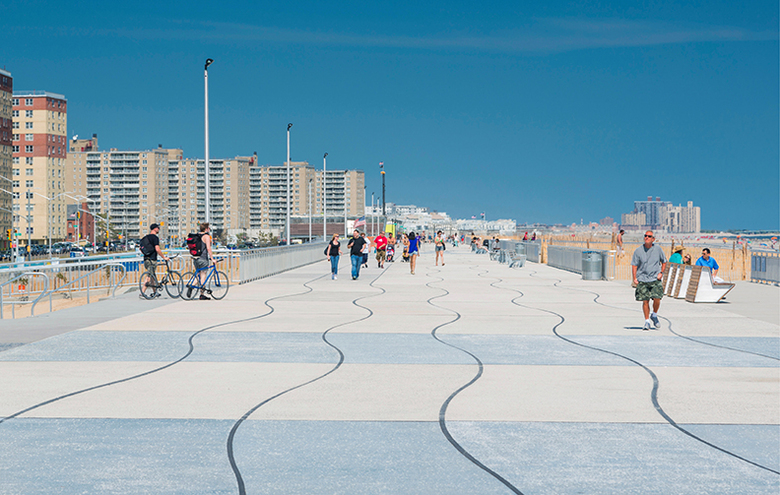 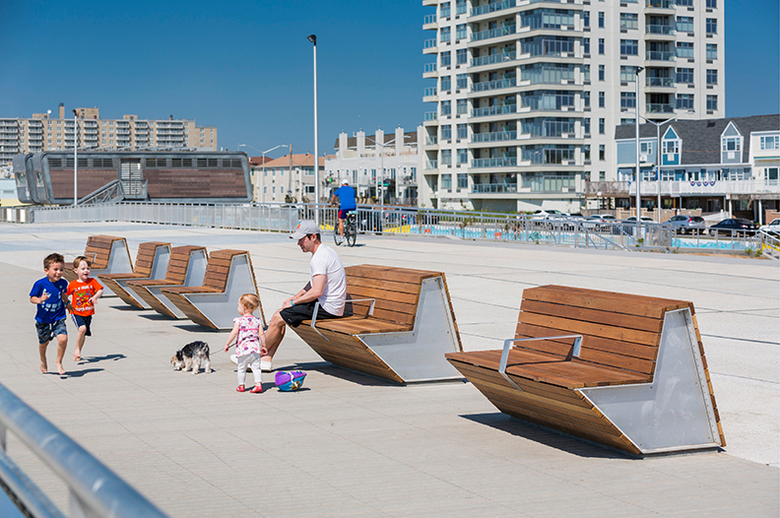 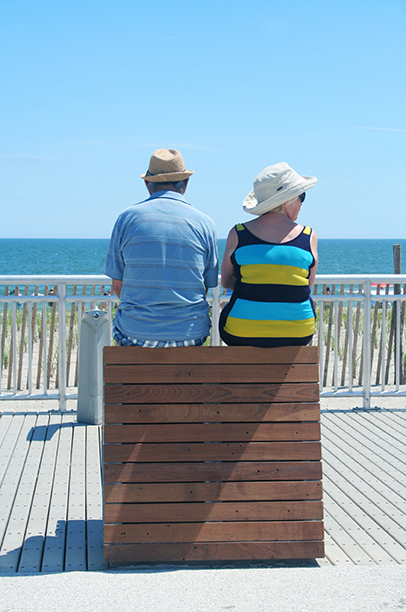 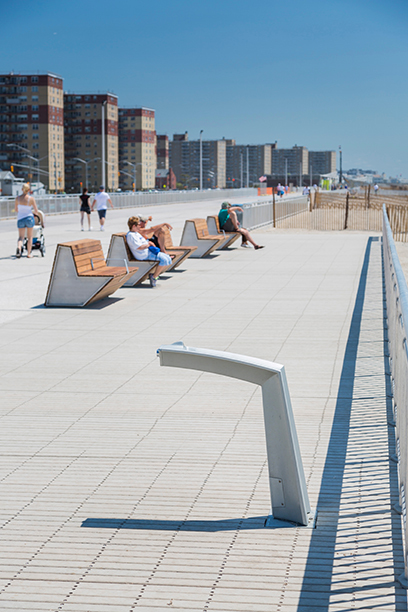 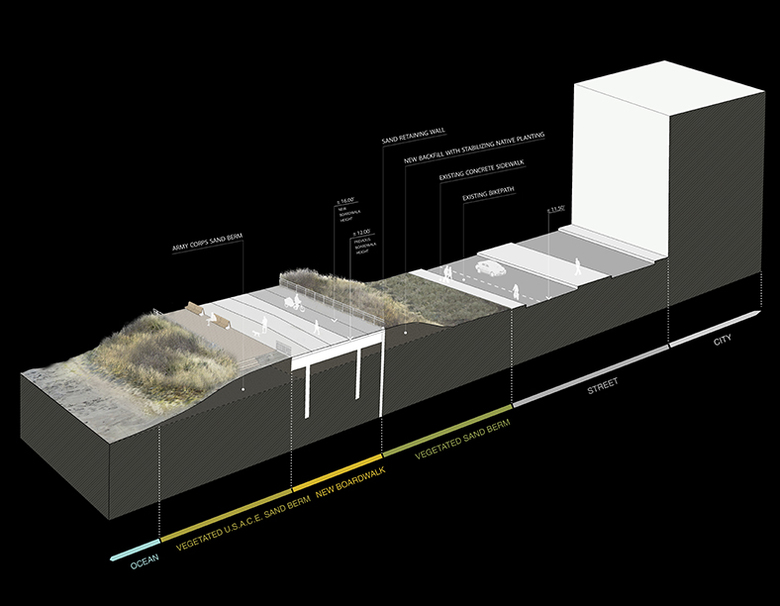 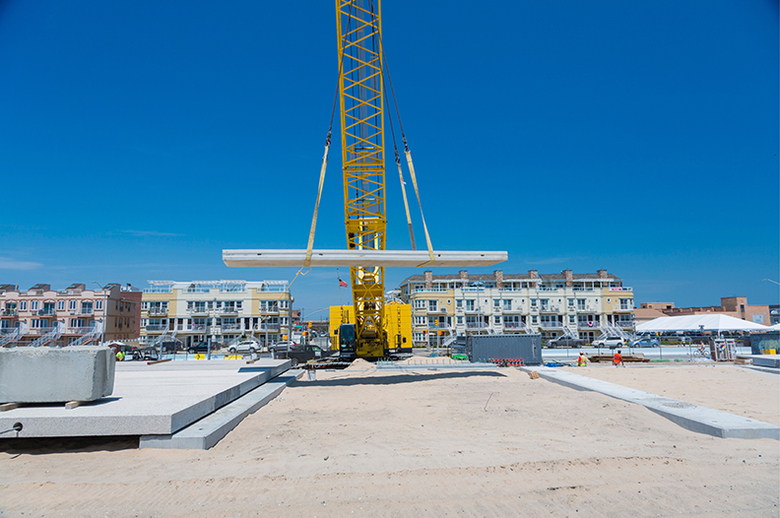 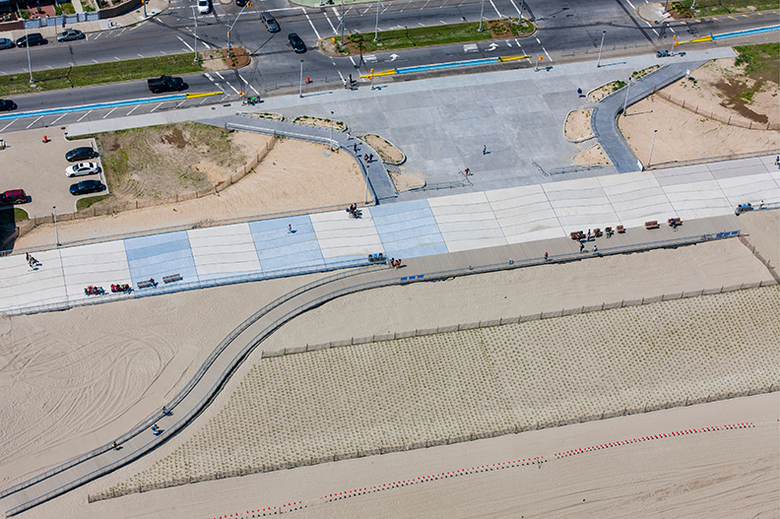 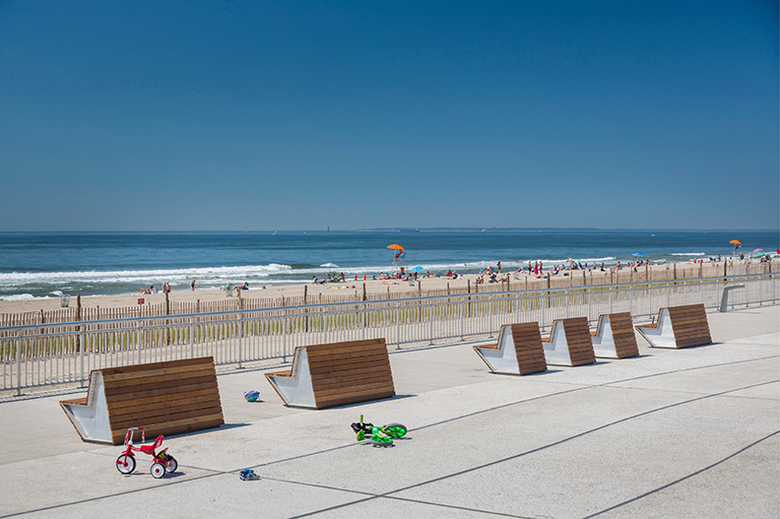 In 2012 Hurricane Sandy hit the Eastern Seaboard, destroying thousands of businesses, homes, public amenities and regional infrastructure including the iconic Rockaway Boardwalks in Queens, NY, a peninsula beloved by surfers and beachcombers from around the world. To replace the boardwalk, city agencies, alongside the Army Corps of Engineers, commissioned a team to reimagine the six miles of beachfront with a resilient, creative vision. Nearly $480 million was allocated to the project through Sandy-relief funding.

The goal to achieve a resilient reconstruction of the boardwalks became the impetus to think more broadly and create an urban design framework and plan for climate change, not only for the boardwalk reconstruction but complementary plans for rebuilding the peninsula's parks and open spaces; this became the Rockaway Parks Conceptual Plan.

Based on an extensive community planning effort, a cohesive vision for the boardwalk and parks emerged featuring playgrounds, skate parks, performance spaces, and shade structures tailored to the beach environment. The reconstructed boardwalk stretches nearly five miles along the beach and features a number of new amenities.
The 40-foot wide boardwalk represents a model for innovative climate adaptation infrastructure. The design incorporates hard and soft measures to ensure the boardwalks’ longevity. Not only is the structure elevated above the 100-year floodplain on reinforced concrete piles, but the project also includes stabilization and planting of the existing sand dunes. The sand infill between the dunes is replenished and expanded and a new sand-retaining baffle wall under the boardwalk was added. A new “sand waII" minimizes sand movement off the beach but allows water flow. The two-fold goals of this reconstruction will help restore natural habitat in addition to reconnecting the residents of this barrier island.
The "dune" walk is created with wave-shaped, sand-colored and blue concrete planks, a new "kit of parts composed of bench types, stepped ramps, decks, railings, and seat walls, as well as the largest installation of the new LED City Light. The curved lines running the length of the boardwalk mirror the sinuous coastline. The blue planks create the pixels of a new supersized font that announce the identity of this beach community in giant letters visible from afar and to planes landing at JFK.
At dusk, the idea of the shore is reinforced by glow-in-the dark aggregate embedded in the blue planks, evoking the bioluminescence in the ocean.
In tandem with the park amenity structures and the Conceptual Plan, the Boardwalk Reconstruction project creates a more sustainable, resilient and active shoreline for the Rockaways.