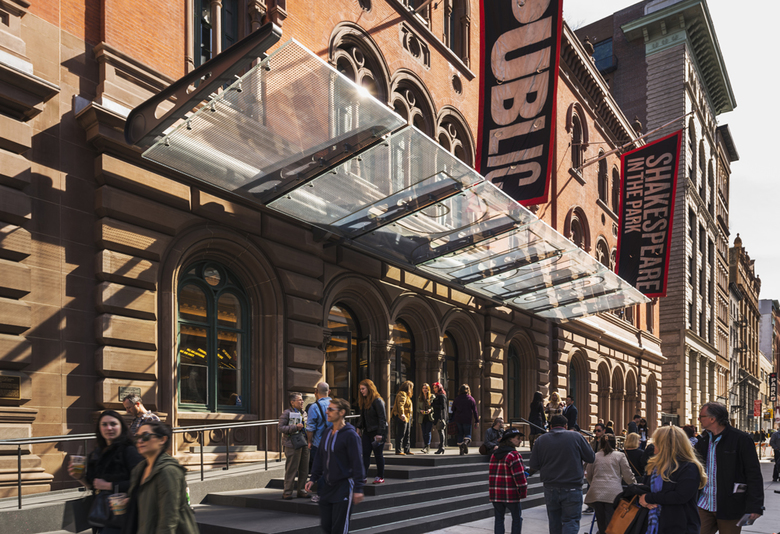 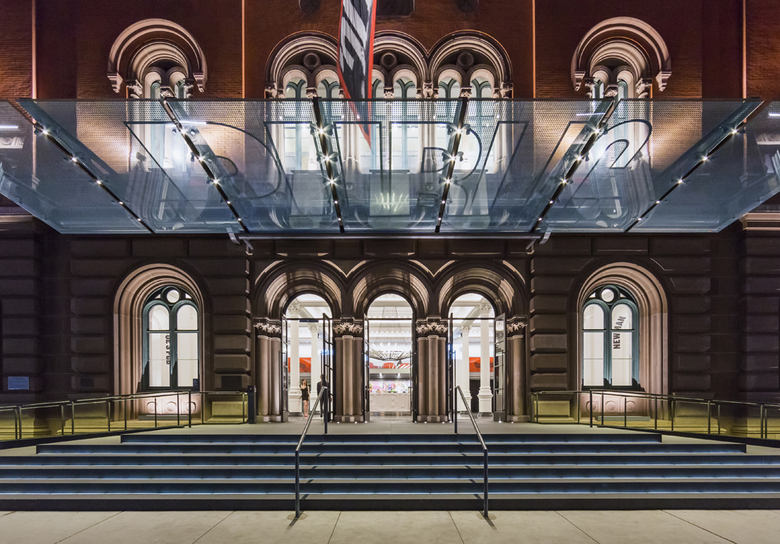 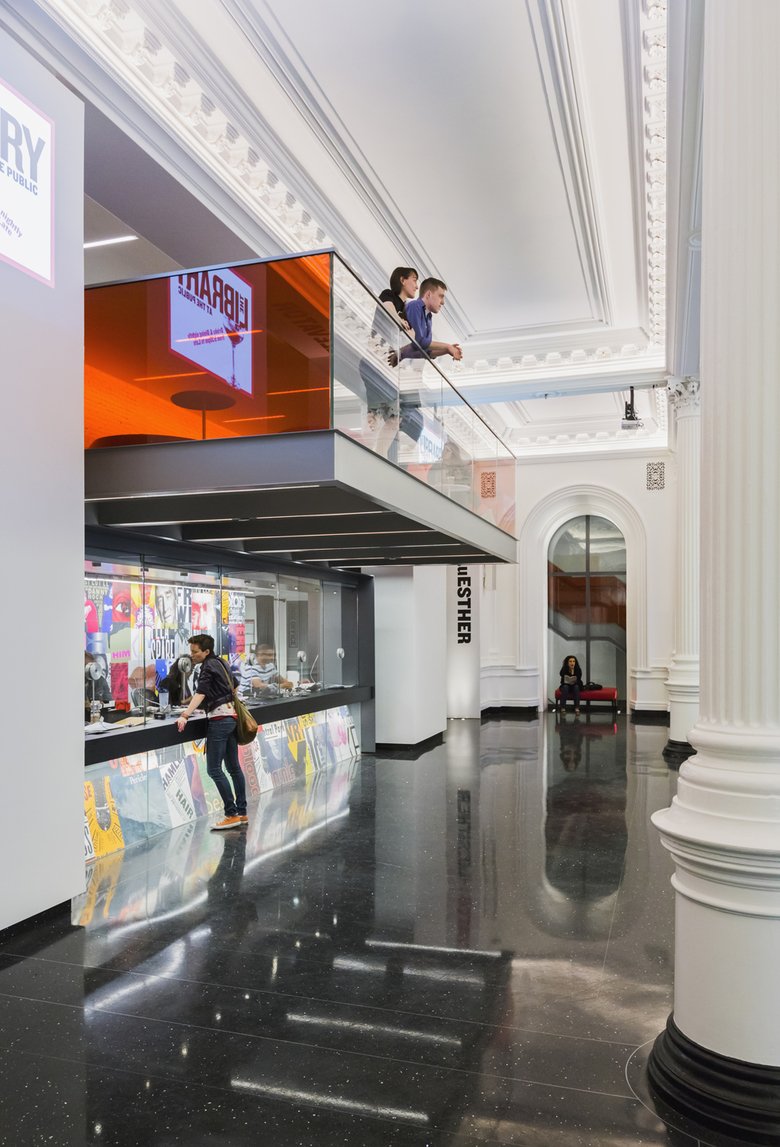 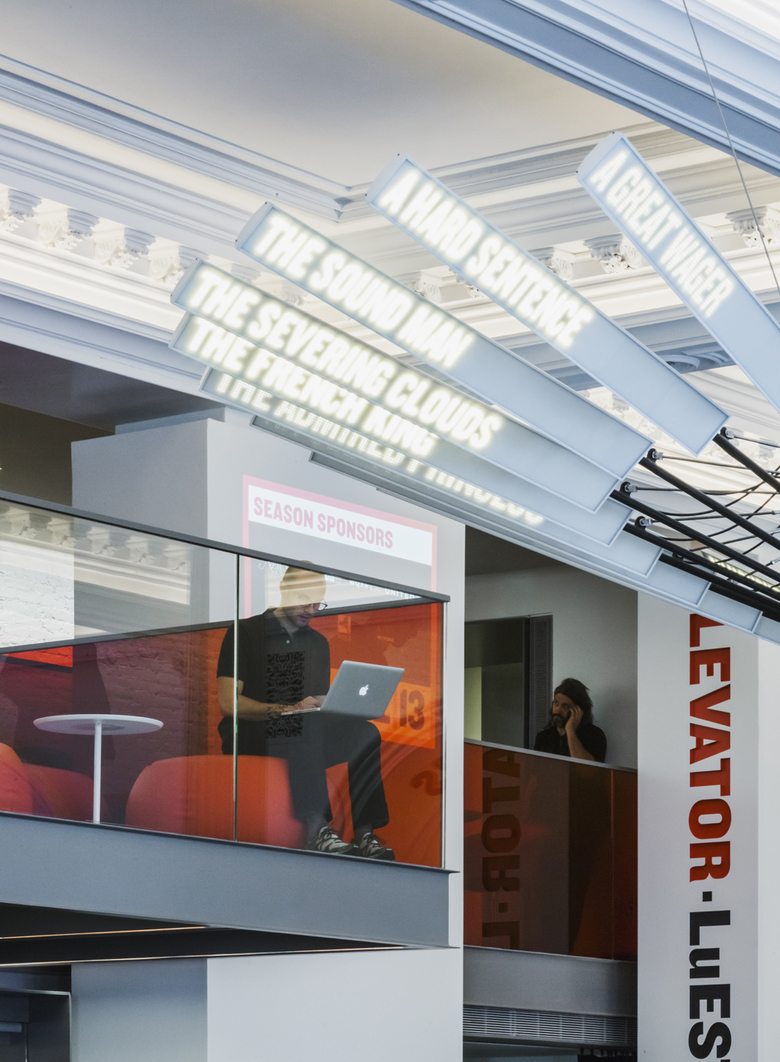 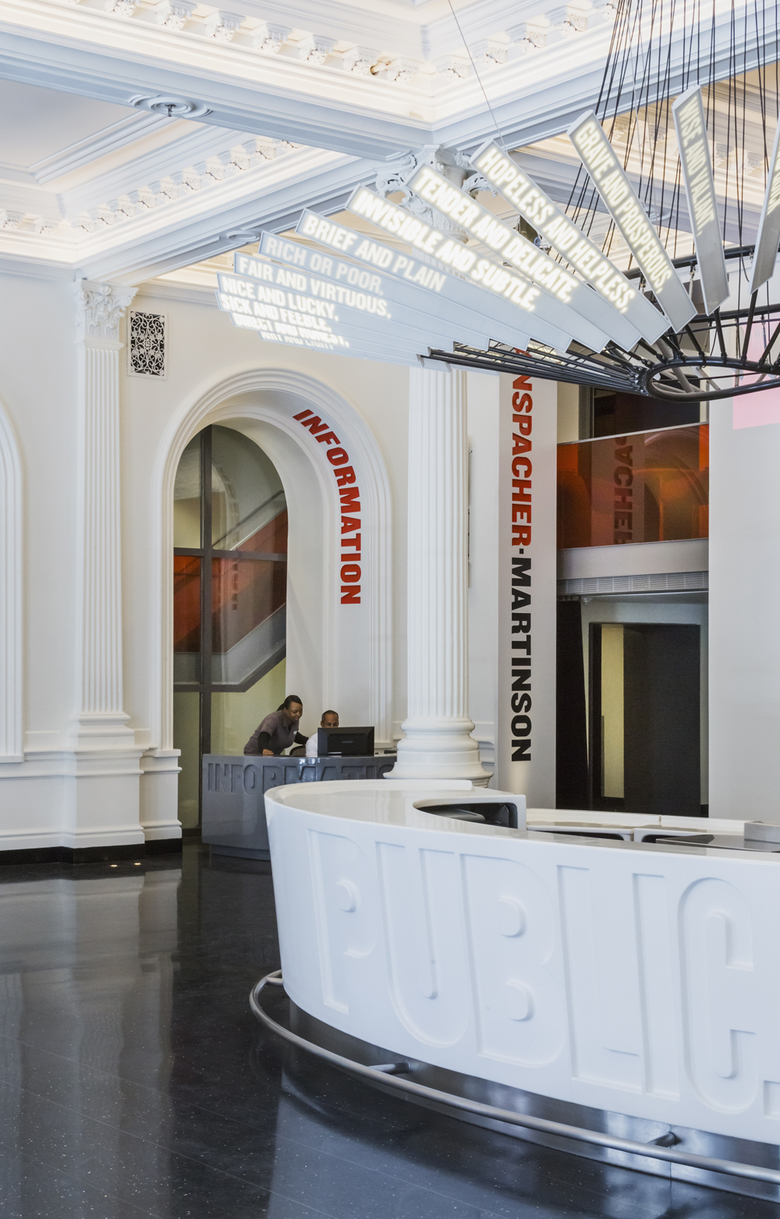 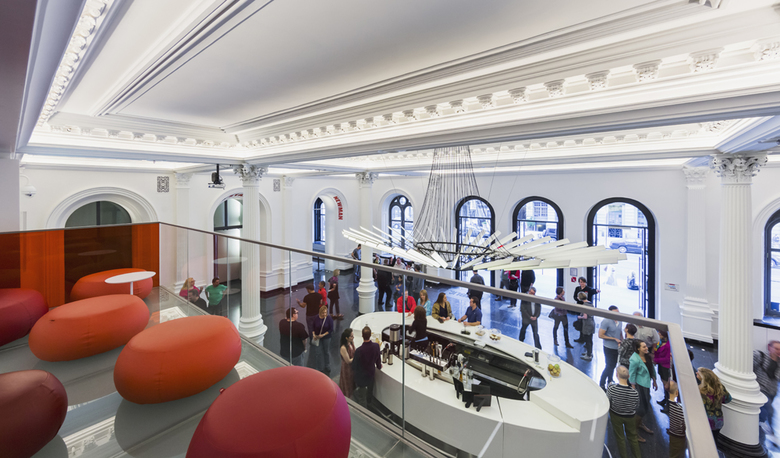 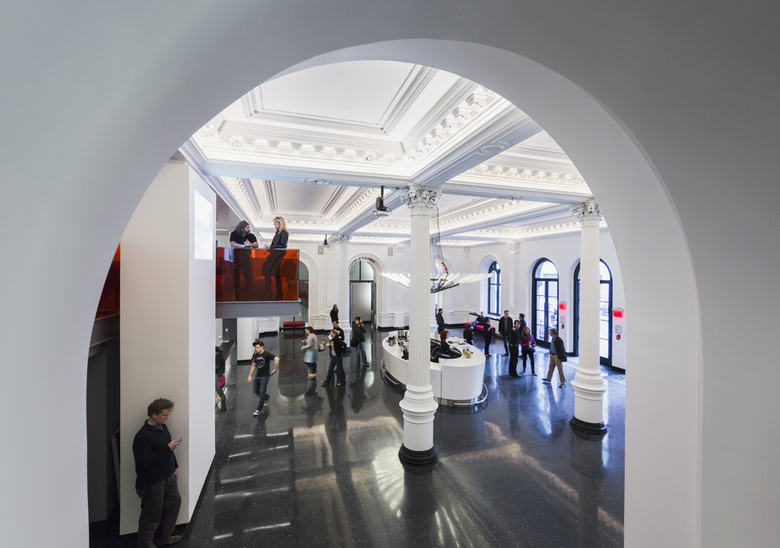 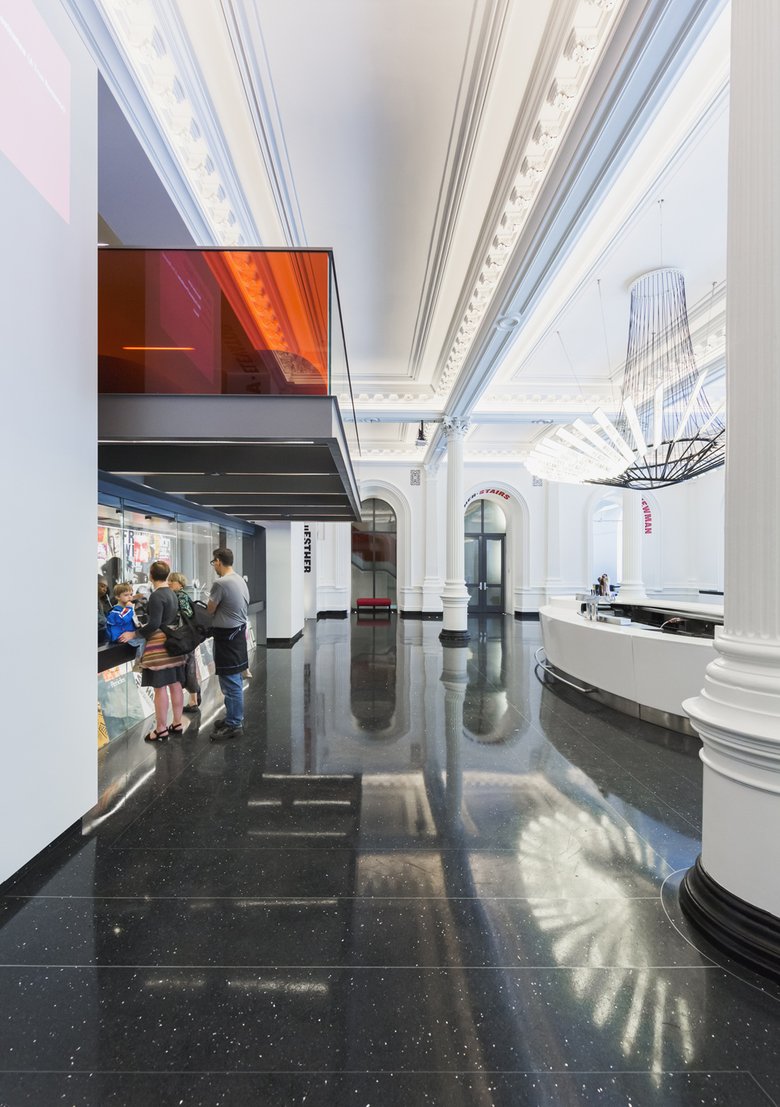 The final phase of Ennead Architects’ ongoing renovation of The Public Theater, the new entry and lobby redesign, completes the revitalization of  this groundbreaking New York City institution. The Renaissance Revival building was originally constructed in 1853 as the first Astor Library, a gift of John Jacob Astor to the people of the City. In 1967, Joe Papp saved the building from demolition and re-envisioned it as the home of The Public Theater. Today it houses six distinct performance venues that accommodate a wide range of programming – from classic to contemporary.

Design goals for the project were to express The Public’s core values of accessibility and community engagement,  preserve the historic structure and enrich the theater experience with modern patron amenities and a dramatic new sequence of arrival at the theater. To this end, the historic exterior fabric of the building has been meticulously restored and a new exterior entry stair added to re-establish the original Library’s dignified entry experience: from the street, the visitor ascends to the newly renovated lobby via a grand central stair supported by ramps for added accessibility. Complementing the building’s brownstone facade, the stair and ramps are monolithic granite. A new glass and steel canopy enhances the theater’s presence on the street, providing cover for patrons and a clear view of the newly restored and lighted facade above.

In the lobby interior, plasterwork on the ceilings and walls has been carefully restored and the original archways, which had been walled off in previous renovations, have been reopened. Stairs lead from the expanded lobby to a new public mezzanine and balcony overlooking the main level. This new gathering space rationalizes The Public’s interior, orienting theatergoers by providing a visual connection to the various venues within the building. The new, centrally located box office and new entry to Joe’s Pub further reinforce the vitality of the lobby. Adjacent to the lobby are a coat check and new ADA-accessible restrooms. Food service for both Joe’s Pub and the lobby concessions will be enhanced by an expanded kitchen. Heating, ventilation and fire suppression systems have been upgraded, and the renovated spaces have been outfitted with audio visual systems.

The design’s careful blend of modern and historic elements reflects the nature of the acclaimed theatrical work for which The Public Theater is renowned – both traditional and experimental.  This revitalization continues the successful adaptive reuse of this important New York City landmark and makes the building more welcoming, vibrant and accessible for all New Yorkers.

The American Museum of Natural History, Rose Center for Earth and Space

Frank Sinatra School of the Arts