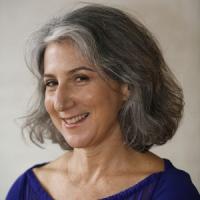 With over 25 years’ experience working in the New York City area, Landscape Architect Laura Starr is a local champion for sustainability, collaboration, and design excellence. As Chief of Design for the Central Park Conservancy, Starr worked intensively to forge consensus among diverse groups of stakeholders, renovating major destinations such as Harlem Meer, the West Side, and the Great Lawn. Entering the private sector, she collaborated on lauded landscape transformations exemplified by the Battery Upper Promenade, the award-winning designs for the Battery Bosque, and a pair of historic courtyards on Front Street at South Street Seaport. Starr’s leadership was transformative for the ASLA-NY, which she led as president from 2013 to 2014. Under her guidance, the ASLA-NY built new relationships with professional organizations
and the press, ran a successful fund-raising campaign to hire a full-time director, and rebranded itself into the optimistic, highly-connected, and urban organization it is today.

As a founding partner of Starr Whitehouse, Ms. Starr continues to nurture ties between the public, the city, and professional organizations. She has negotiated public/private partnerships both internationally, on master plans for Tel Aviv’s Park Ariel Sharon and Gazelle Park in Jerusalem, as well as locally, collaborating with BIG Architects on the innovative VIA 57 West development, just one of a series of innovative housing developments that make density livable and high-quality housing affordable for thousands of New Yorkers. Ms. Starr has contributed significantly to Sandy recovery efforts through her work with the Special Initiative for Rebuilding and Resiliency, as the Landscape Architect on The BIG U, a winning Rebuild By Design team, and leading the East Harlem Resiliency Project. She has run numerous public outreach workshops that gather vital community feedback and build informed consensus around a series of implementable plans that refortify lower Manhattan while strengthening neighborhood identity, and as a member of Manhattan’s Community Board 1, serves on the Board’s resiliency taskforce. Today, Starr is seen as a leader in the field of sustainable landscape design and a strong advocate for a city that is greener and more responsive to the needs of a twenty-first century public. 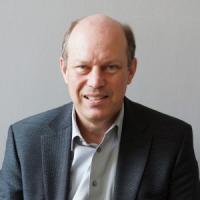 Stephen is a landscape architect and urban planner whose diverse pursuits share a concern for the environmental quality and social vitality of places. He formerly served as Chief of Planning for the New York City Department of Parks & Recreation, where he managed the expansion of the USTA National Tennis Center in Flushing Meadows and launched the City’s Greenway system. Since co-founding Starr Whitehouse with Laura Starr, he has worked with public and private clients to create dynamic urban districts and engaging landscapes that connect people to nature.

Rather than focusing on a single aspect of the work, he’s always been most fascinated by the juncture points. “Natural systems, patterns of settlement, infrastructure – seeing all these come together to make a place is interesting to me, not just as abstract concepts,” he says, “but in terms of seeing good results at the end.” He describes his role in terms of junctures as well. “I’m the translator,” he says. “I serve as the mediator between the specialists and the public. I like communicating with people, and seeing things shaped by the creative interactions of people and institutions.” 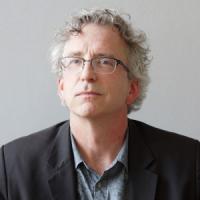 As Principal and Studio Director, Jeffrey brings more than two decades of experience in the design and creation of sustainable and compelling landscapes to Starr Whitehouse. After graduating from University of Pennsylvania, Jeffrey’s time at the Central Park Conservancy remains to serve as his foundation for sustainable endeavors in his work. As former Director of Landscape Architecture at Saratoga Associates, Mr. Poor led projects that span a wide diversity of work and collaborative efforts from private gardens and urban design, such as Bronx River Walk and Battery Bosque, to campus planning, RPI, Hamilton, and Remsen, where Jeffrey led the introduction of sustainable measures for water polishing and infiltration—confirmation of his involvement in the application of ecological technologies since the beginning of the bio swale movement.

At Starr Whitehouse, Jeffrey takes the lead role in many of the firm’s projects. His breadth of experience and expertise of requirements for the design process of public, private and institutional projects contributes to the broad portfolio of Starr Whitehouse. Jeffrey particularly enjoys and excels at projects, such as the Jersey City Municipal Service Complex, that present a challenge and require “taking the disparate elements” (scope, program, site history, components and constraints) “and have them emerge as something whole, new and compelling.”

As a LEED certified professional, he designs with attention to environmental missions in addition to programmatic requirements, such as the award winning Bronx River House. Jeffrey’s dedication to the application of sustainability as part of design strategy is palpable in his simple and elemental landscapes. When working on a project he focuses on how things are put together, always looking for ways to bring the design to life through the details: “Through detailing,” Jeffrey says, “design ideas are carried all the way down into the ground.” 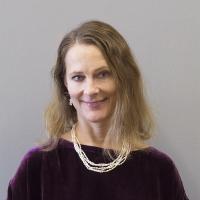 Ms. Wittwer-Laird has over 20 years of experience designing the public realm. Working as an industrial designer in Milan alongside Ettore Sottsass early on in her career, Gail executed designs for companies such as Alessi, Artemide and Knoll, and oversaw the custom fabrication of limited edition furniture for private clients and galleries.

Gail’s 18-year tenure with New York City Parks began in 1997 as the Landscape Architect and Deputy Administrator for Riverside Park, followed by Director of Greenstreets in the Division of Forestry from 1999 to 2002, Senior Designer for Capital Projects from 2002 to 2010, and Design Director for Staten Island Capital projects from 2011 to 2016, during which time she helped facilitate early construction phases in the reclamation of Freshkills Park. 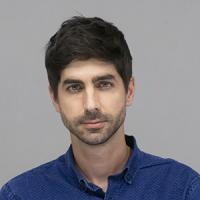 Jacob Lange brings a decade of design and project management experience in a variety of landscape types—from parks and public open space, to multi-family residential amenity spaces, to mixed-use waterfront developments. Recent efforts include managing the master plan and reconstruction of St. Mary’s Park in the Bronx, a 32-acre historic park at the heart of the vibrant but economically-disadvantaged Mott Haven neighborhood. Through community workshops and targeted stakeholder outreach, a new vision was formulated to position St. Mary’s as a catalyst for community health and a symbol of neighborhood pride. Jacob’s belief in the healing power of landscape was also employed at a joint affordable housing development /outpatient health facility at St. Barnabas Hospital in the Bronx. The project’s “health plaza” connects the community to this anchor institution, promoting healthy living through access to nature, opportunities for exercise, and places for meaningful social interaction.

In 2018, Jacob opened Starr Whitehouse’s first branch office in Atlanta, GA. Under Jacob’s direction, Starr Whitehouse will soon begin work on two of the City of Atlanta’s Green Infrastructure Design Challenge projects, as well as the implementation of a new riverfront park for the City of Roswell, GA. Jacob has also worked with the community of Westview to re-envision a traffic triangle as a community memorial and park, and consults with the Candler Park Conservancy and the Friends of Memorial Drive Greenway on implenting their ambitious long-term vision plans.

Jacob remains active on projects in the Northeast, where he has been leading landscape design on some of the firm’s most ambitious public open spaces. These include St. Mary’s Park in the Bronx, the reconstruction of the FDR Drive Promenade at Carl Schurz Park, and public open spaces for The Durst Organization’s new developments at Queens Plaza Park in Queens and Vine Street in Philadelphia. He is currently spearheading landscape design for NYC EDC’s reconstruction of the Brooklyn Bridge Esplanade.