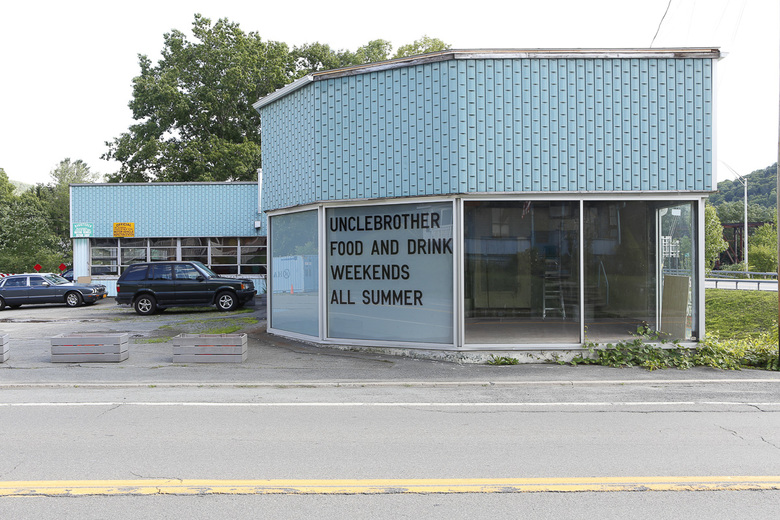 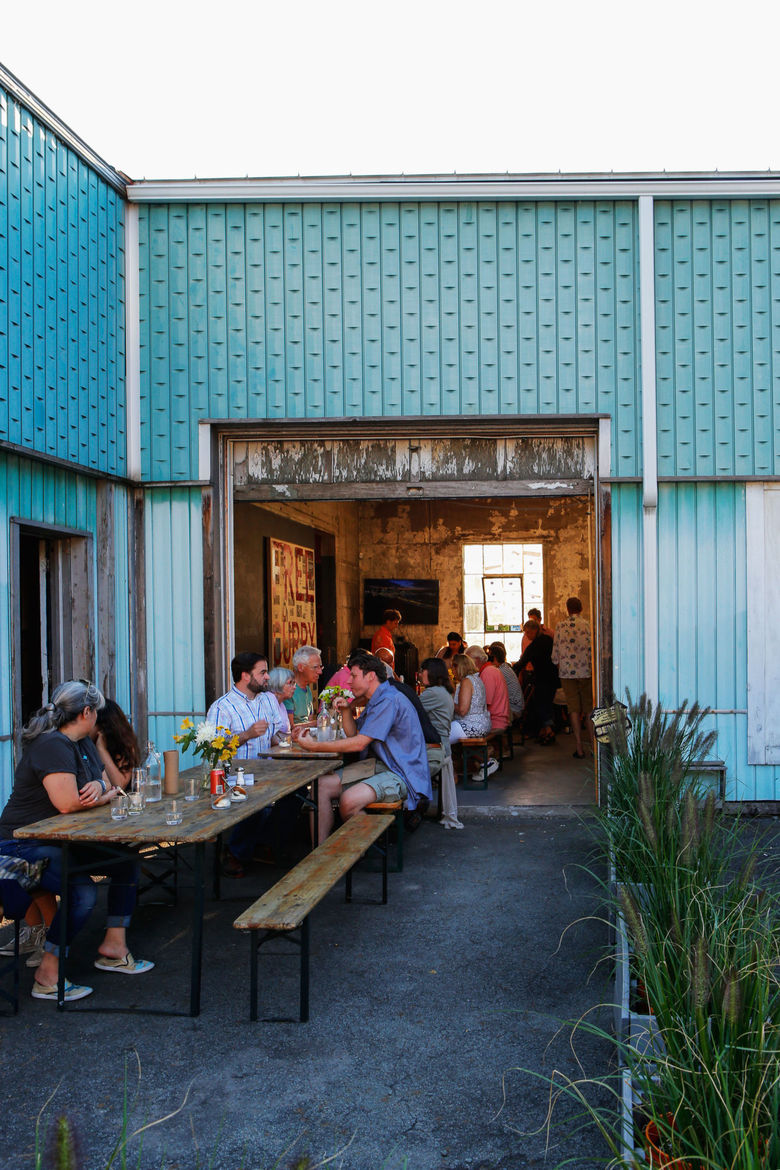 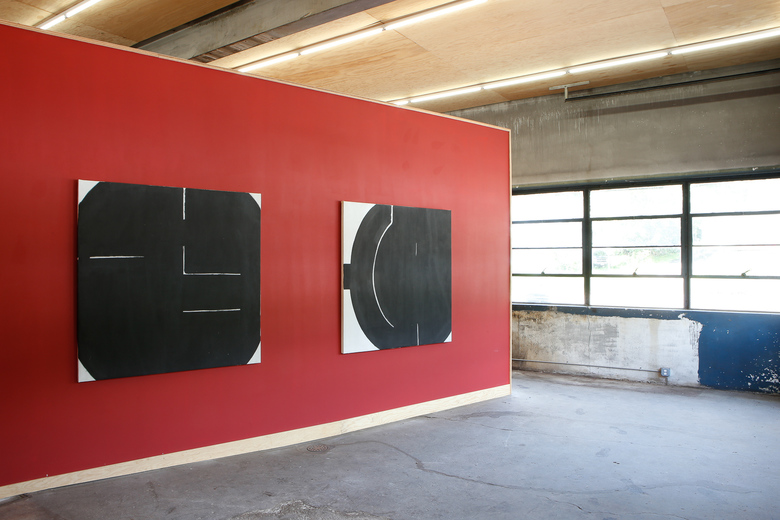 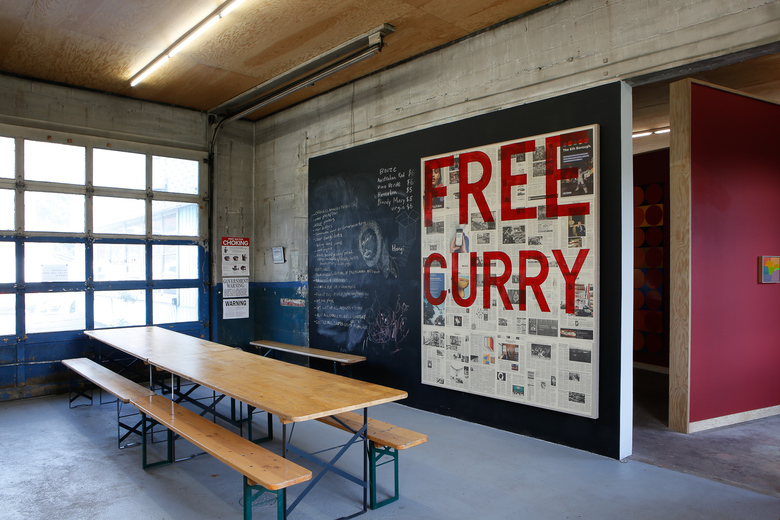 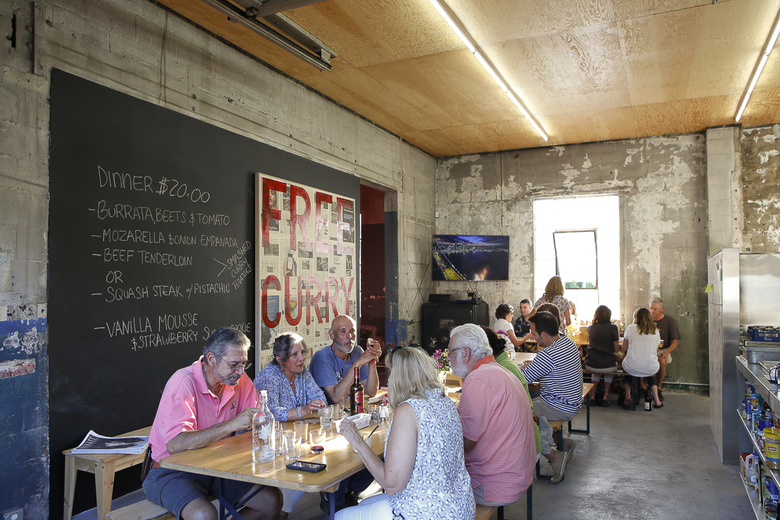 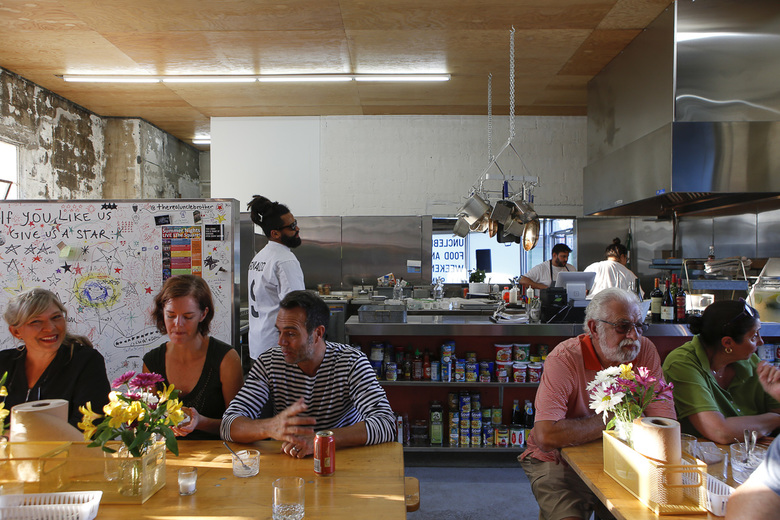 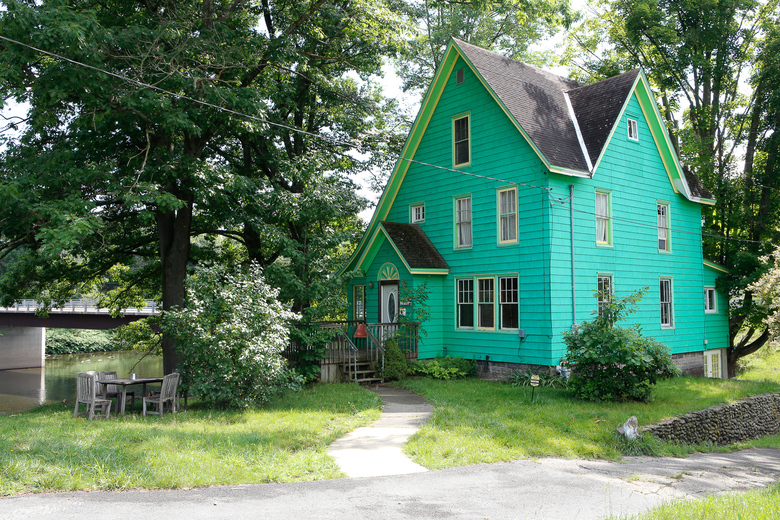 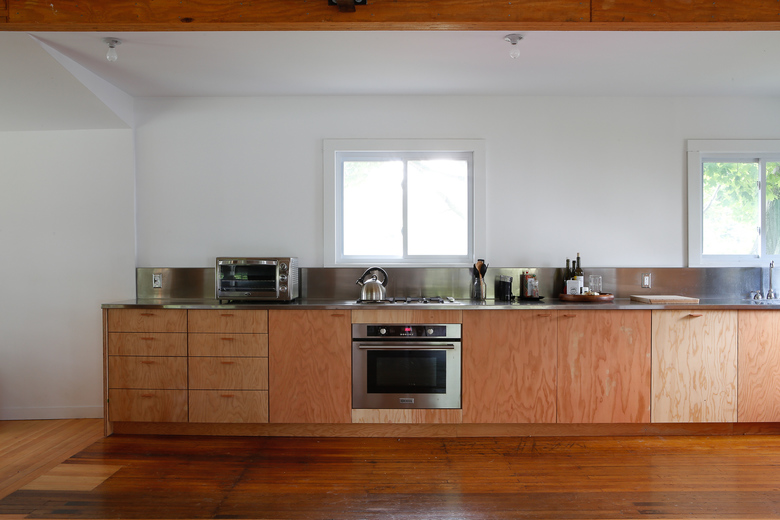 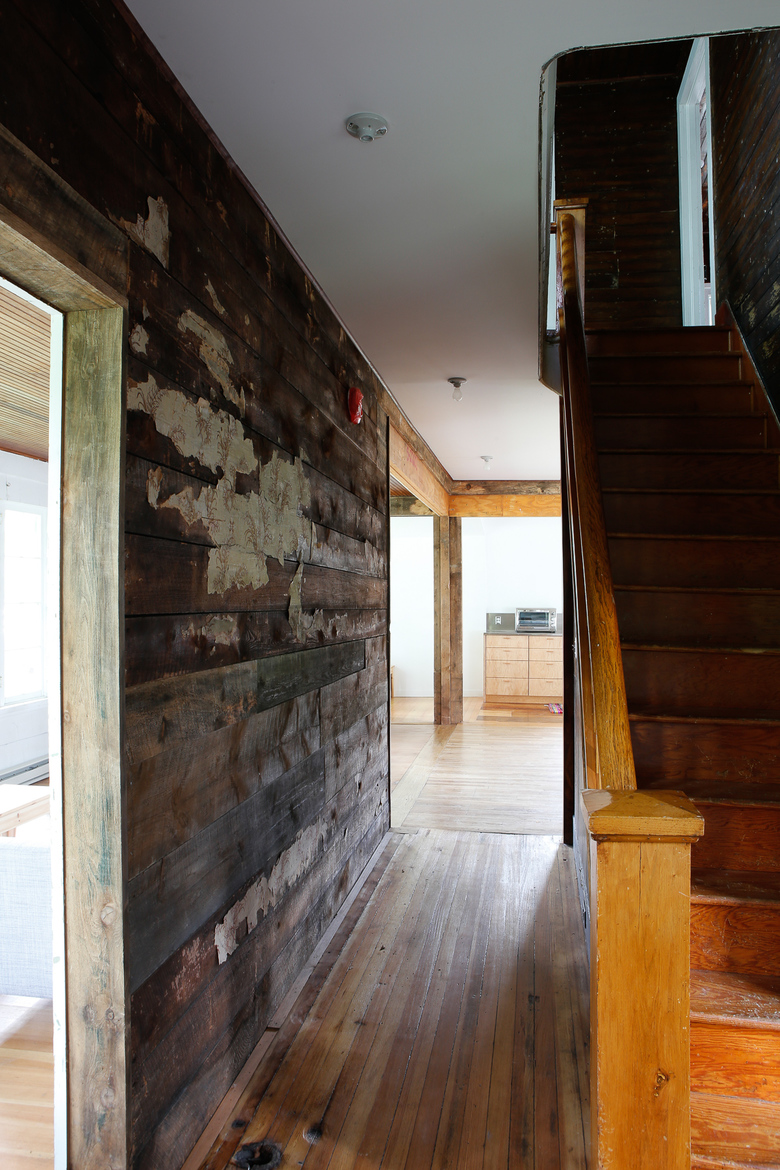 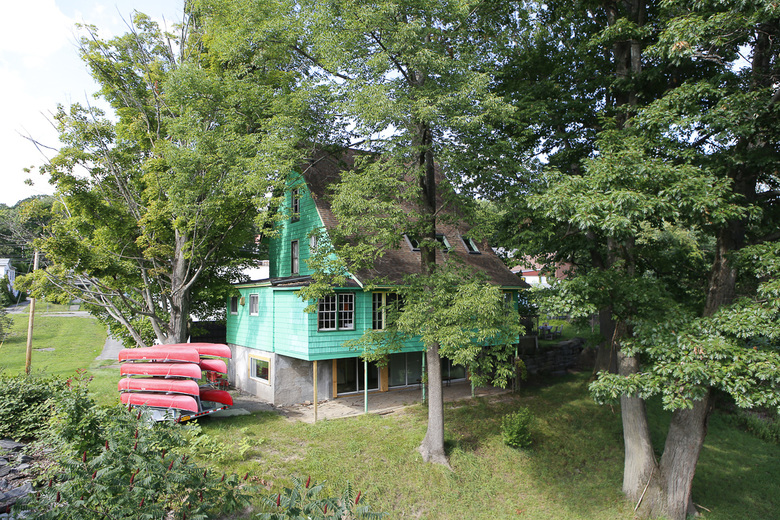 In Delaware County, New York, at the confluence of the East and West branches of the Delaware river, lies the small village of Hancock. The project is sited at the junction of the town’s two main thorough fares, East Front Street, and Route 97. A former auto mechanic’s garage and adjacent house were purchased by Gavin Brown’s Enterprise and the artist Rirkrit Tiravanija to be converted into a restaurant, gallery and residency space.
Both structures were an amalgamation of additions stitched together over several decades. The portion of the garage closest to East Front Street had once been a gas station built from a design template developed by the industrial designer Raymond Loewy. Horizontal masonry banding, its signature design feature, are still partially visible on the interior. A subsequent renovation enclosed the exterior space transforming it into a car dealership by adding large plate glass windows towards the street. Later, two larger volumes were added for automotive repairs. Between the back of the building and the river’s edge, lies a 3 story wood frame house. Its transformation over time is less clear. A veranda facing the river was enclosed in glass and extension to the West expanded the first floor.
The conversion of the garage into a restaurant and gallery was done with minimal architectural means. An open kitchen, centrally located, separates front and rear exhibition spaces. A plywood ceilings and fluorescent lights were added to each volume. The existing windows were uncovered and repaired. The existing concrete floors and masonry walls were patched and cleaned with traces of its former use embraced and comfortably adapted for its new function. A similar renovation strategy was used in the house were numerous layers of finishes were removed to reveal qualities of the structures origins. The first floor and basement were opened up for use as common spaces for the multiple residents, with the upper floors partitioned into bedrooms and bathrooms.