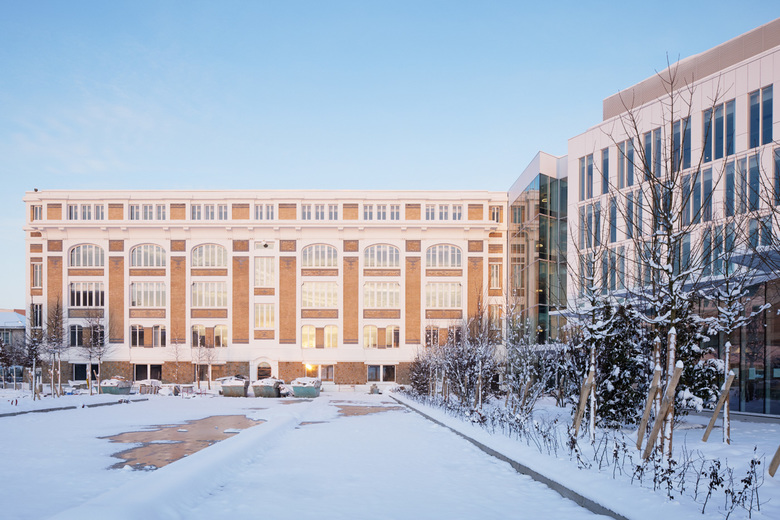 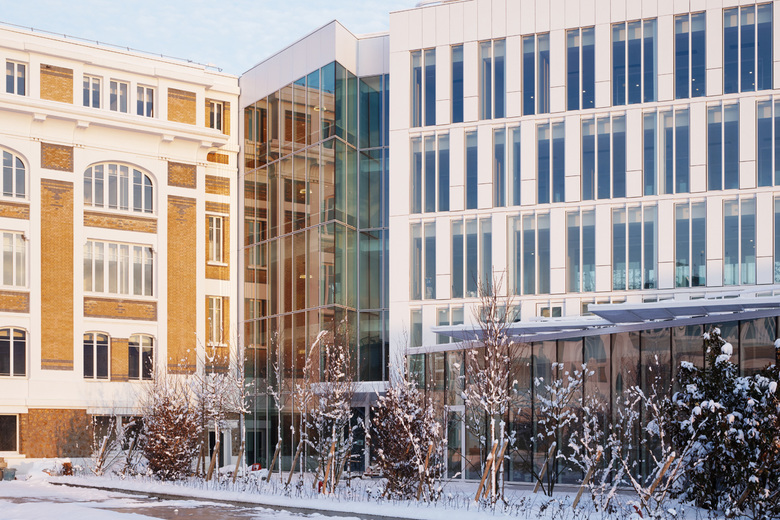 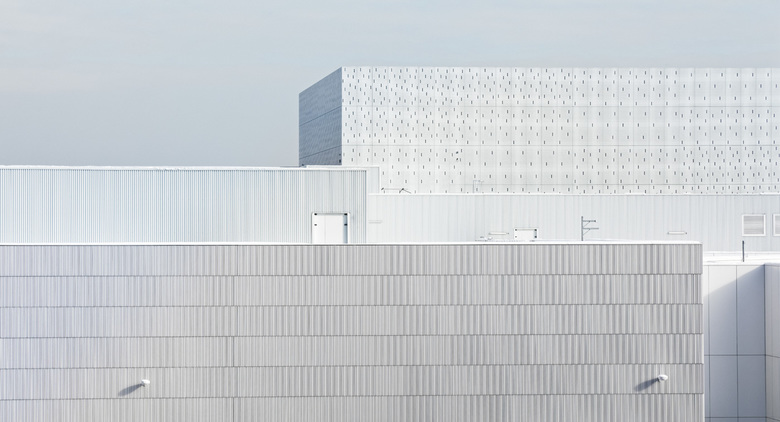 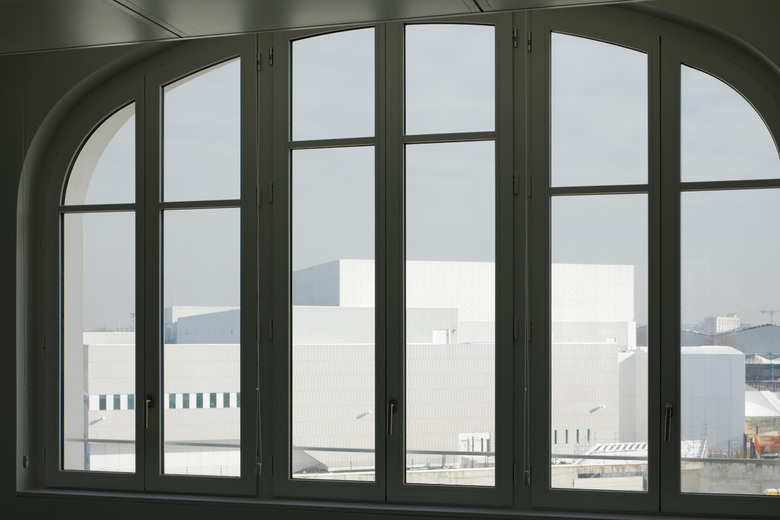 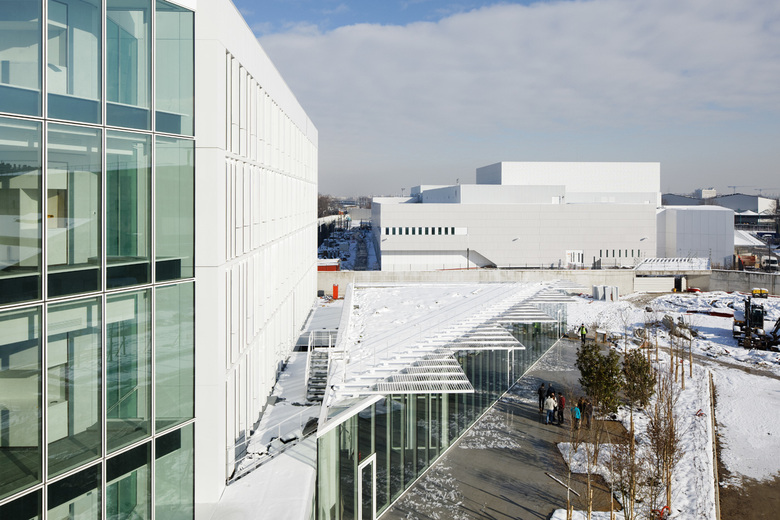 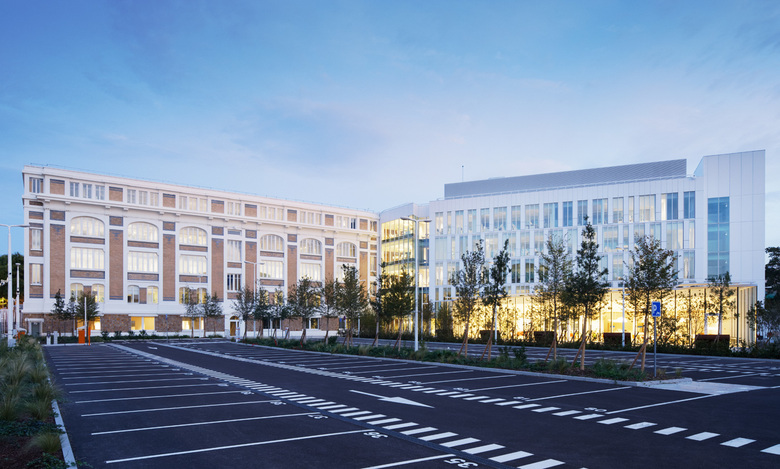 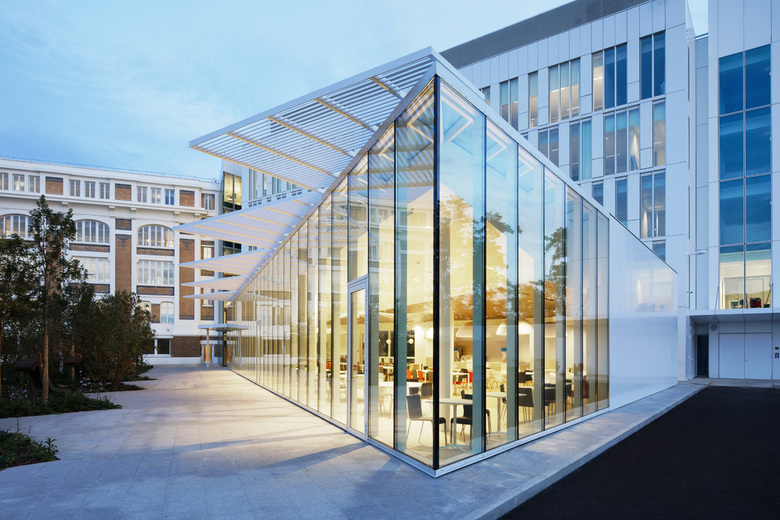 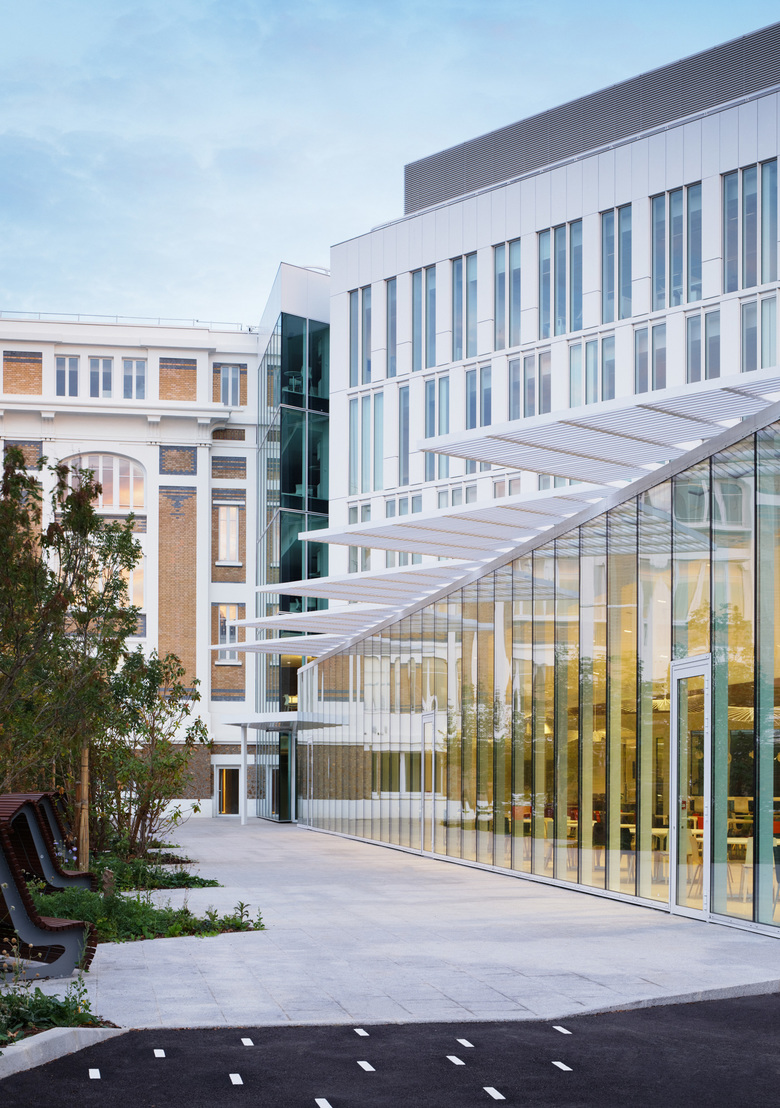 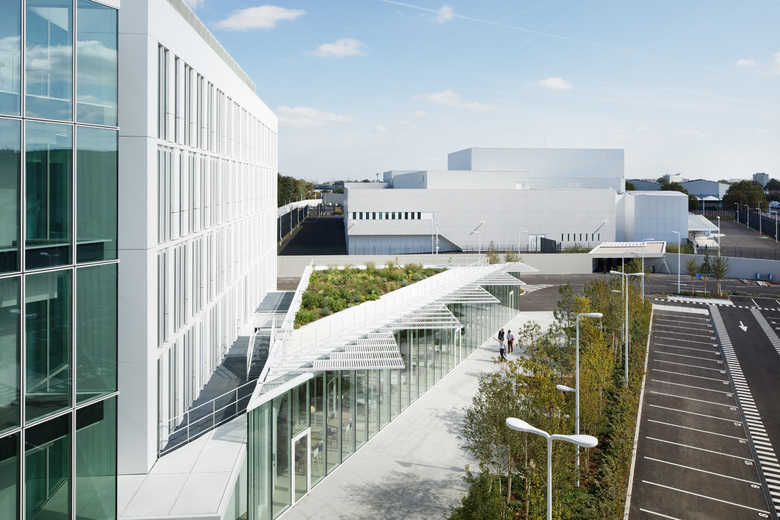 The Paris-La Courneuve center of the Banque de France (Central Bank) rises on the 4.5 ha wasteland of the former Babcock steel factory along the A86 motorway. This project is a reflection of the challenge that is the “Grand Paris” and the major changes happening north of the French capital, of which the Olympic Games in 2024 will be a part. The opening of the Banque de France is the sign of a renewal both for the industrial site and the entire area.
This new facility is a major step in the Banque de France’s plan to rethink its real estate and modernize its equipment with the creation of an industrial site compatible with its current objectives.

So as to handle soon after opening over 1 billion banknotes (25% of the national reserves), this project involves a specific material and technological infrastructure suited for highly secured and automated facilities.
The nerve center of this architectural plan is a safe composed of three juxtaposed cubic volumes.
Its main function is the high-speed automated control of banknotes. It is designed to automatically destroy worn out banknotes and put aside the ones deemed suspicious. Its secondary function is the storage of the banknotes in the 26-meter high safe.
Even though the building is supposed to be perfectly sealed, the emphasize on natural light is at the heart of the project. The white ceramic facade presents an alternated hollow pattern that softens the building’s defensive appearance and creates a vibration depending on the amount of sunlight.

This attachment to natural light is also demonstrated inside the building where a triangular void was turned into a planted patio open to the staff. At the entrance of the complex, two former Babcock buildings, dating back to 1923 for the brick one and 1987 for the concrete one, face the “safe”. These two units have been restored and organically connected to one another to be reborn as a unified office building that will be open to the public.
The general plan creates a dialogue between each entity of the site but also with the entire area. It questions the concept of the architectural openness of a site of which the primary function is to be fully sealed. The project is also a reflection of one of the main concerns of Jean-Paul Viguier et Associés’: the relation between heritage and contemporary architecture.