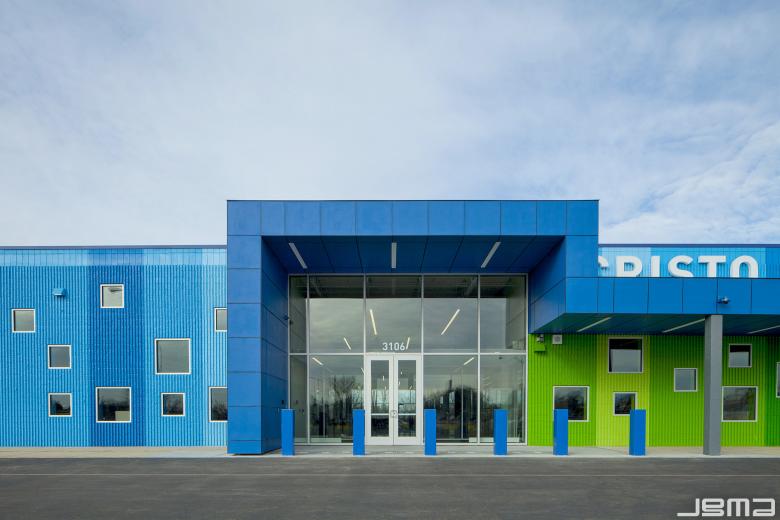 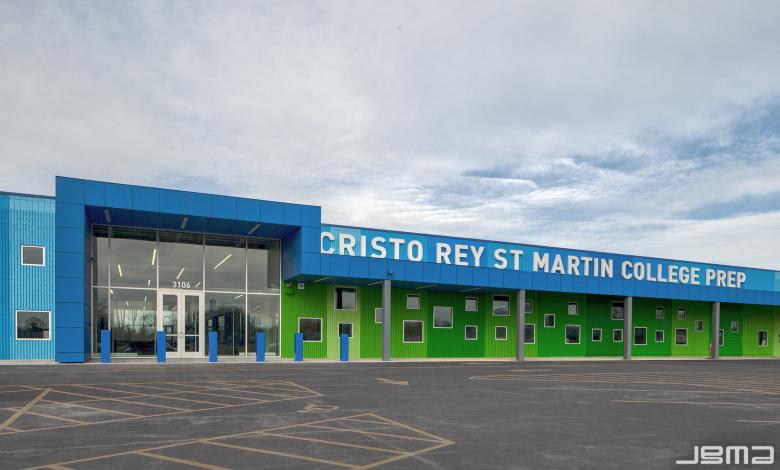 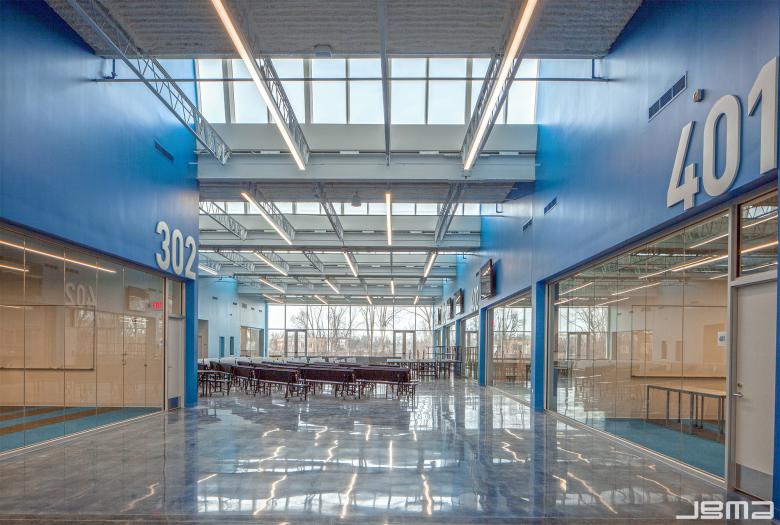 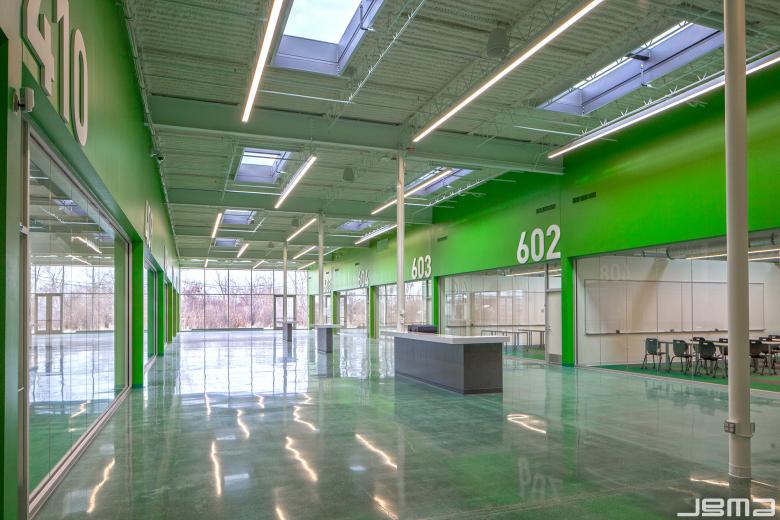 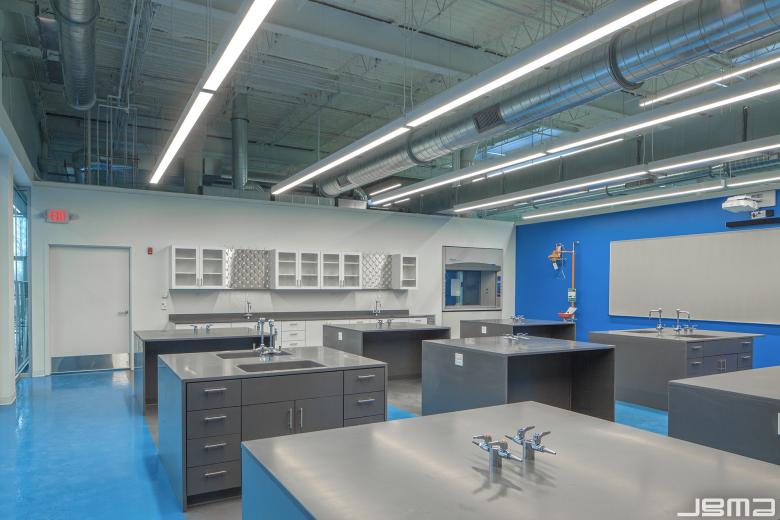 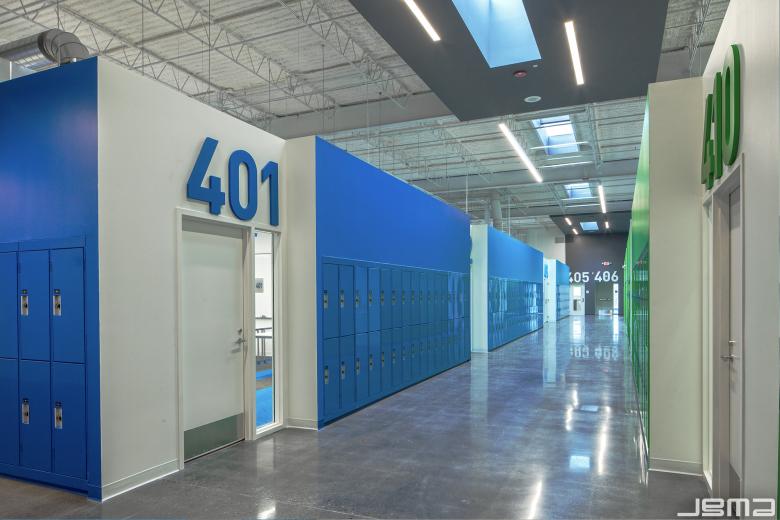 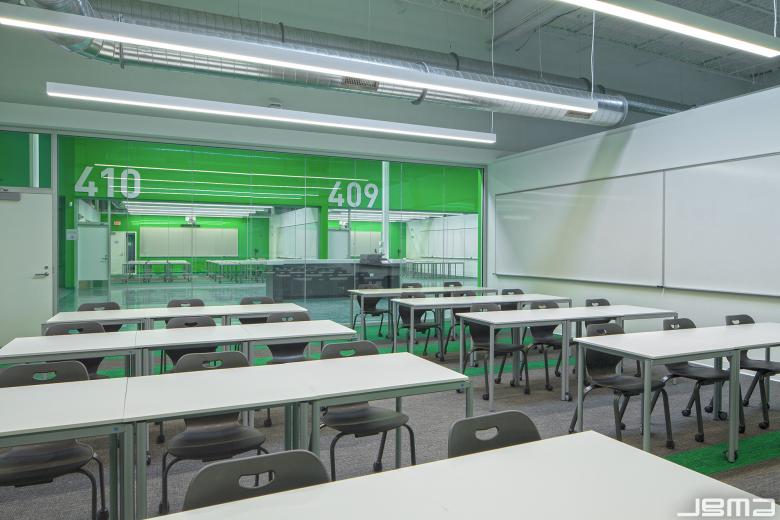 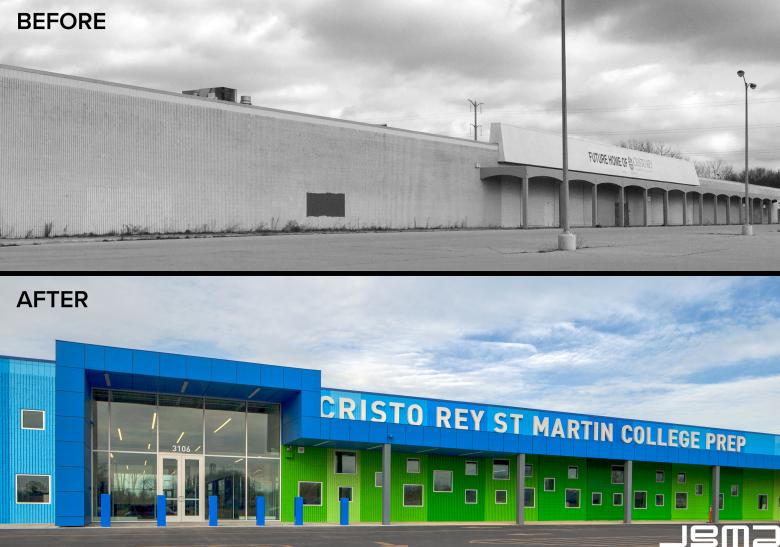 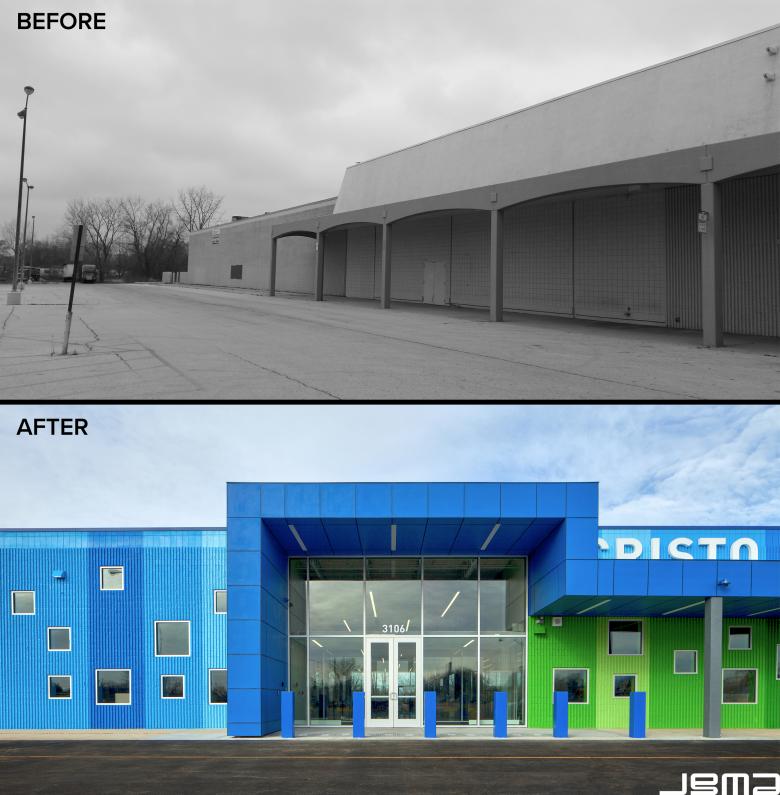 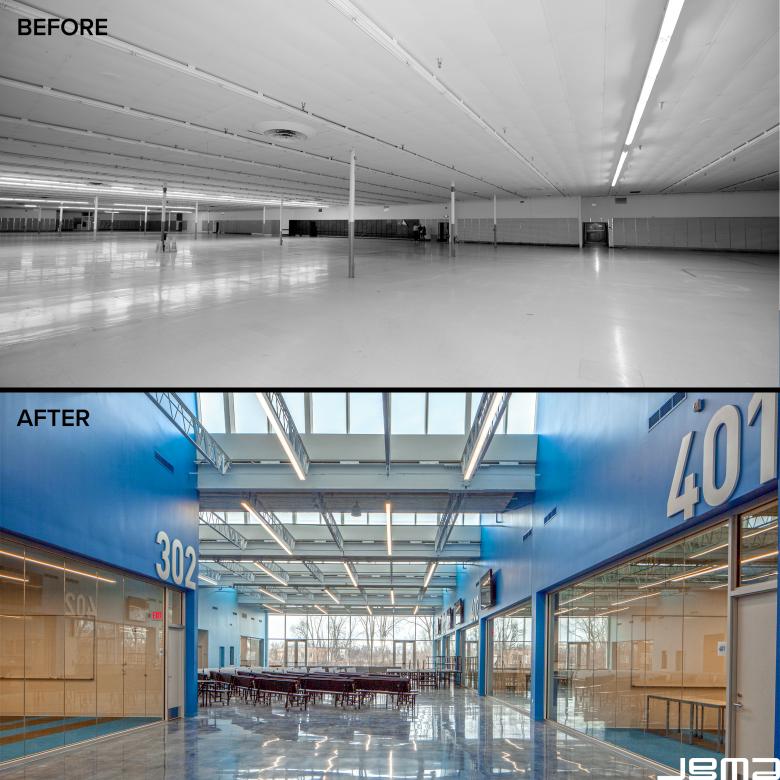 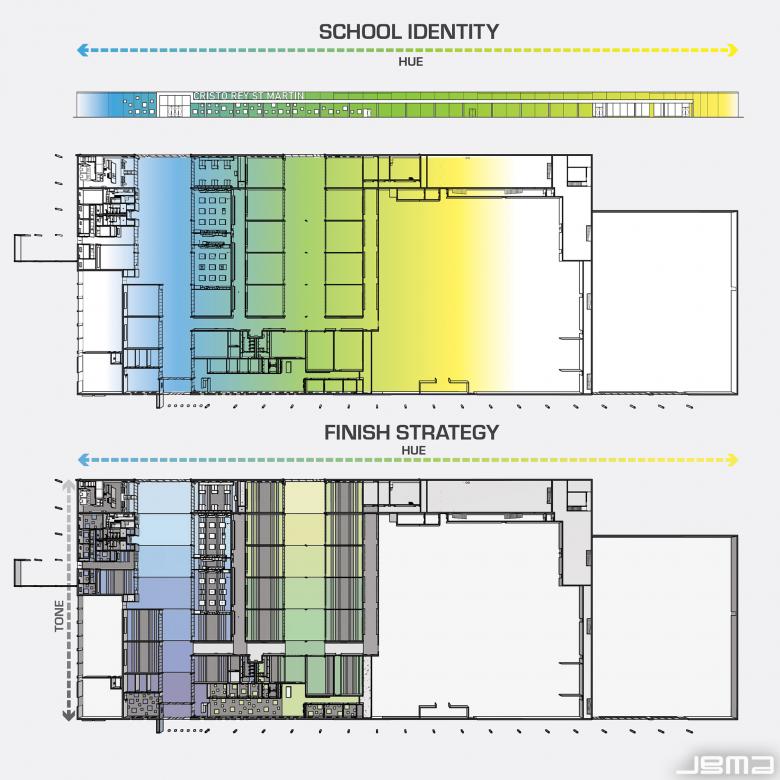 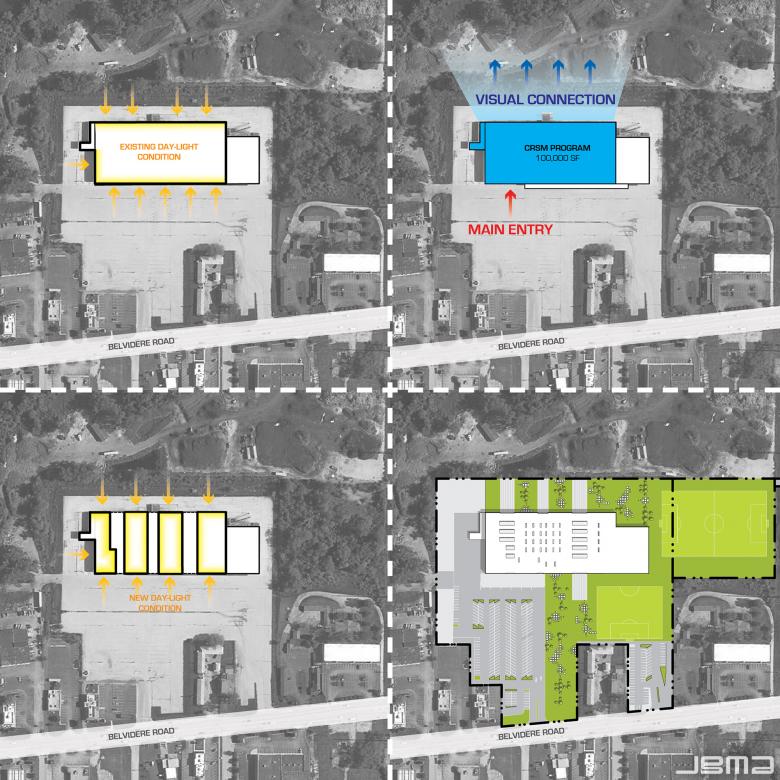 Cristo Rey St. Martin College Prep (CRSM) is planning a new campus as progressive as its students. As their current facility no longer meets the basic needs of its students, CRSM has looked towards their neighbor, an abandoned department store, to become their new home.

Looking past the stigma of a big box retail store, the tall volume, open floor plan, and northern wetlands become immense opportunities in the transformation of the perceived eye-sore into a beacon for CRSM. In order to make the deep floor plan suitable for a learning facility, daylight must be integrated. Slicing the building with sawtooth light monitors and skylights extends the limited building perimeter, assuring all learning spaces have access to daylight.

The facade showcases the school’s identity along the major thoroughfare of Belvidere road proudly, as its tones reflect a gradient of CRSM’s school colors. The future southern site development aims to deteriorate the existing sea of concrete and give the community a glimpse at what the existing building is hiding to its north: a serene natural wetland. Rather than tucking the athletic fields in the rear of the school, the new facility showcases them.

CRSM prides itself on its innovative approach to education, where in addition to their regular coursework, each student works for a corporation that sponsors their education. The expectation of CRSM students is already elevated to that of a college student; therefore, they deserve a facility that emulates this. The new facility strives to match CRSM’s innovative pedagogy, giving students the high-quality campus they deserve.