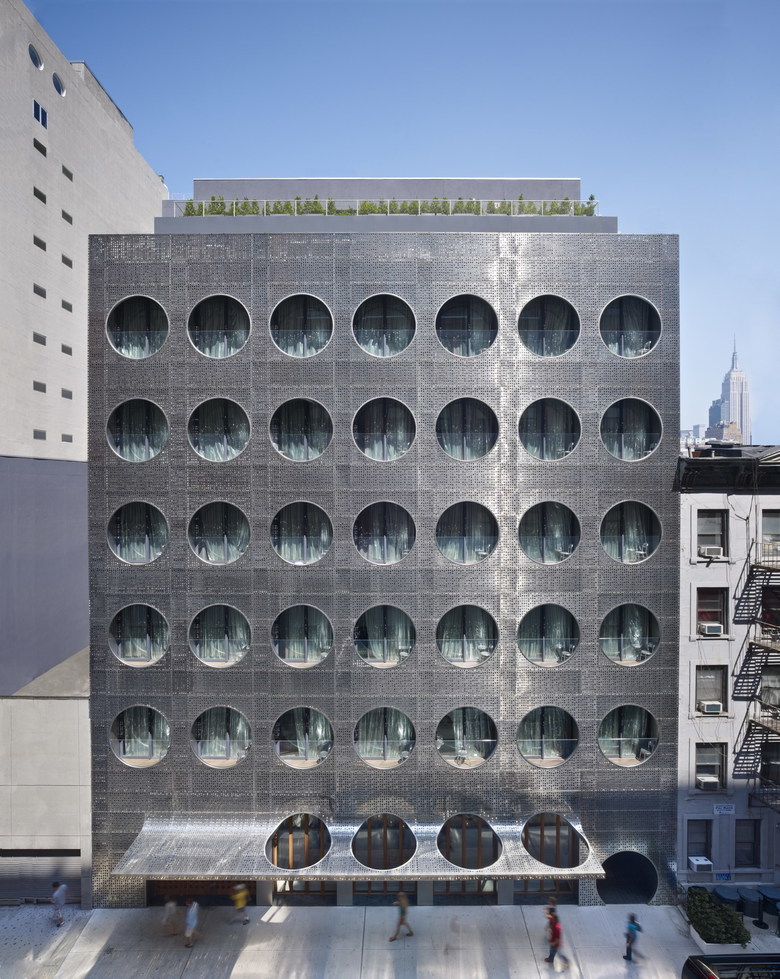 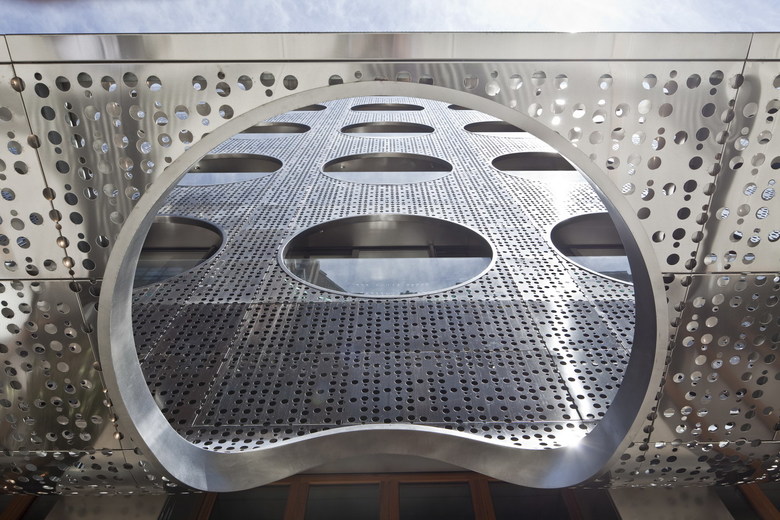 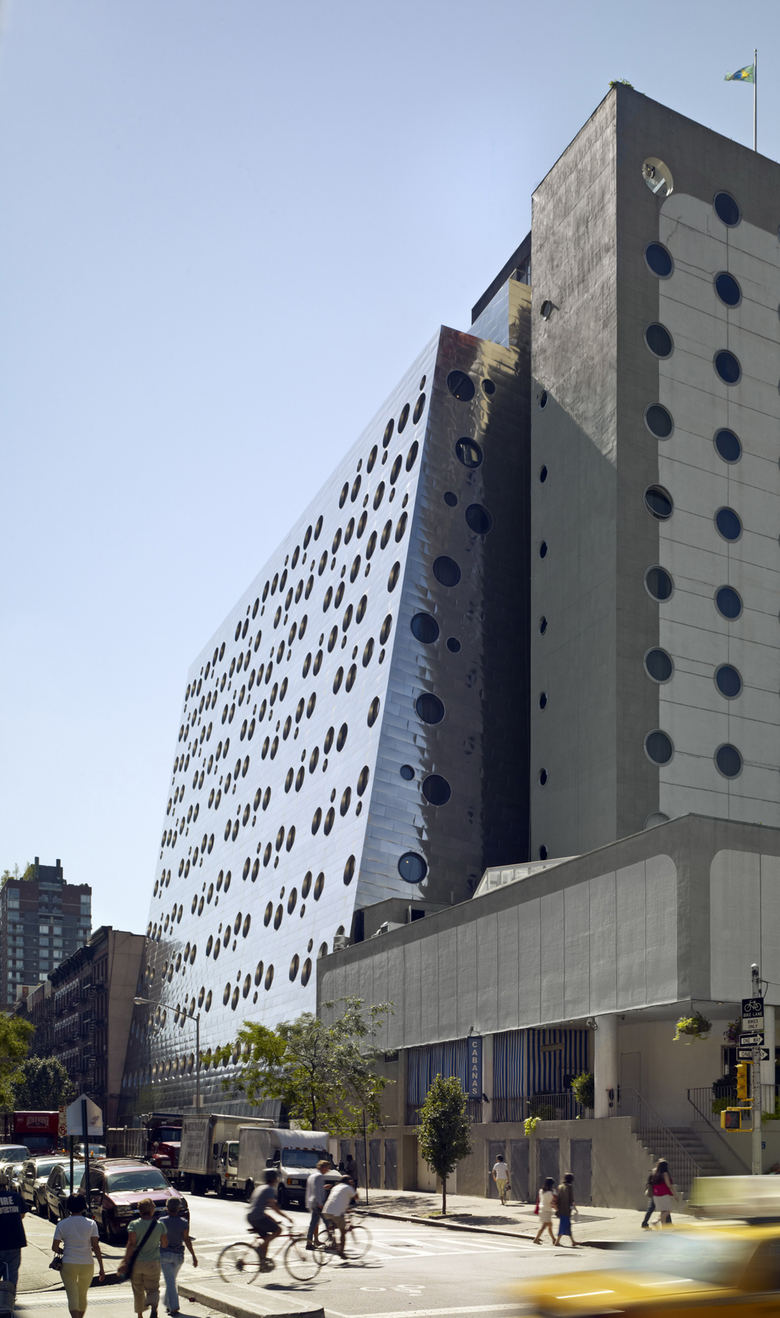 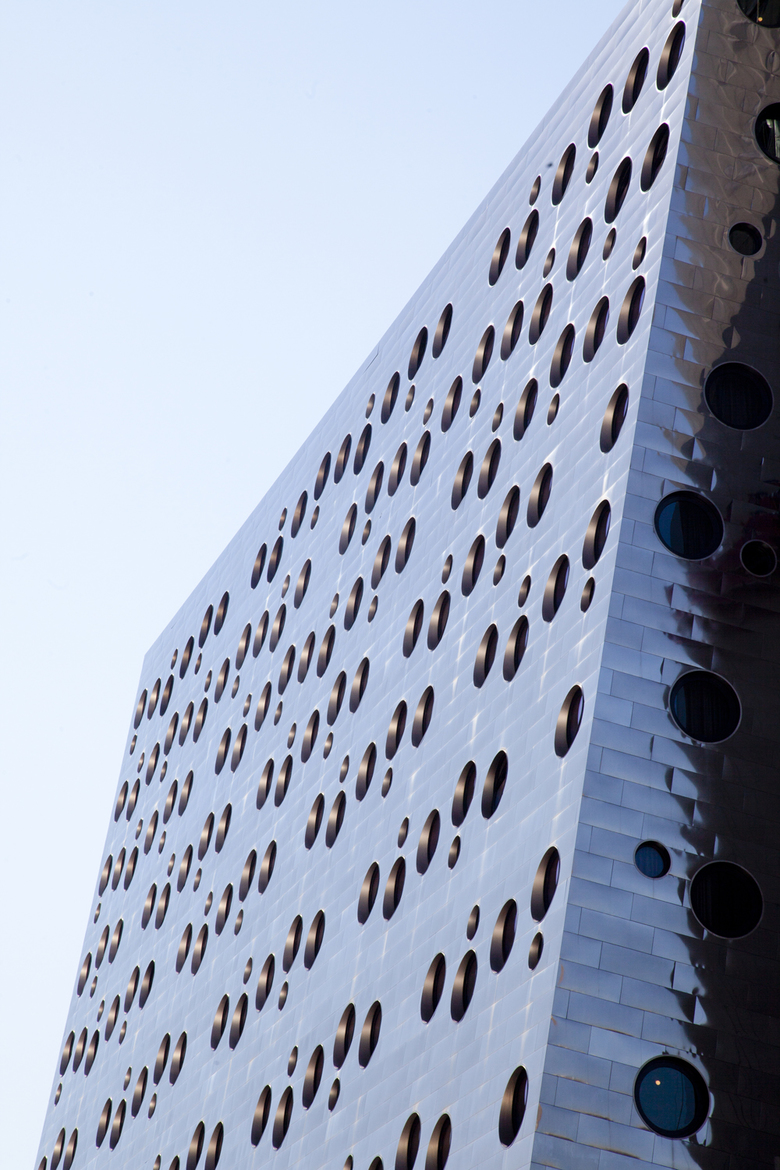 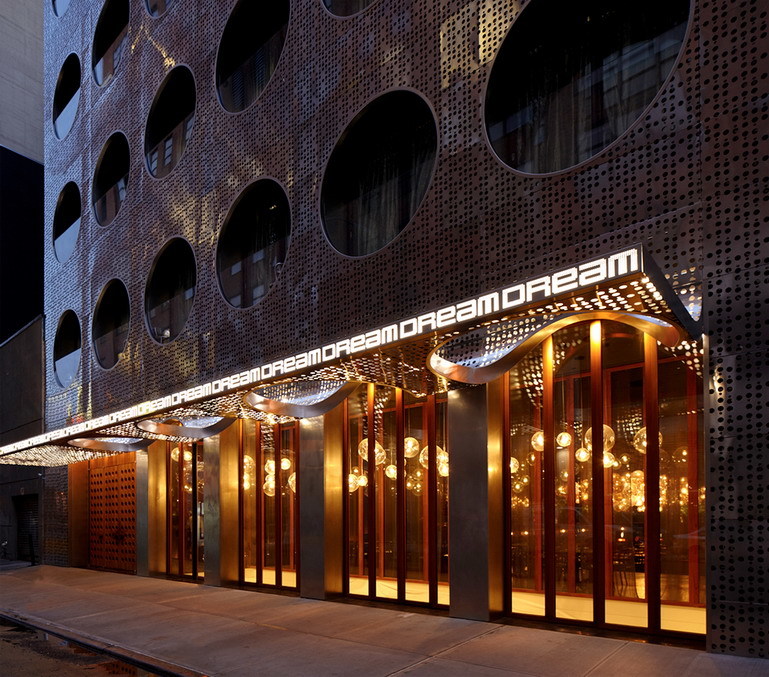 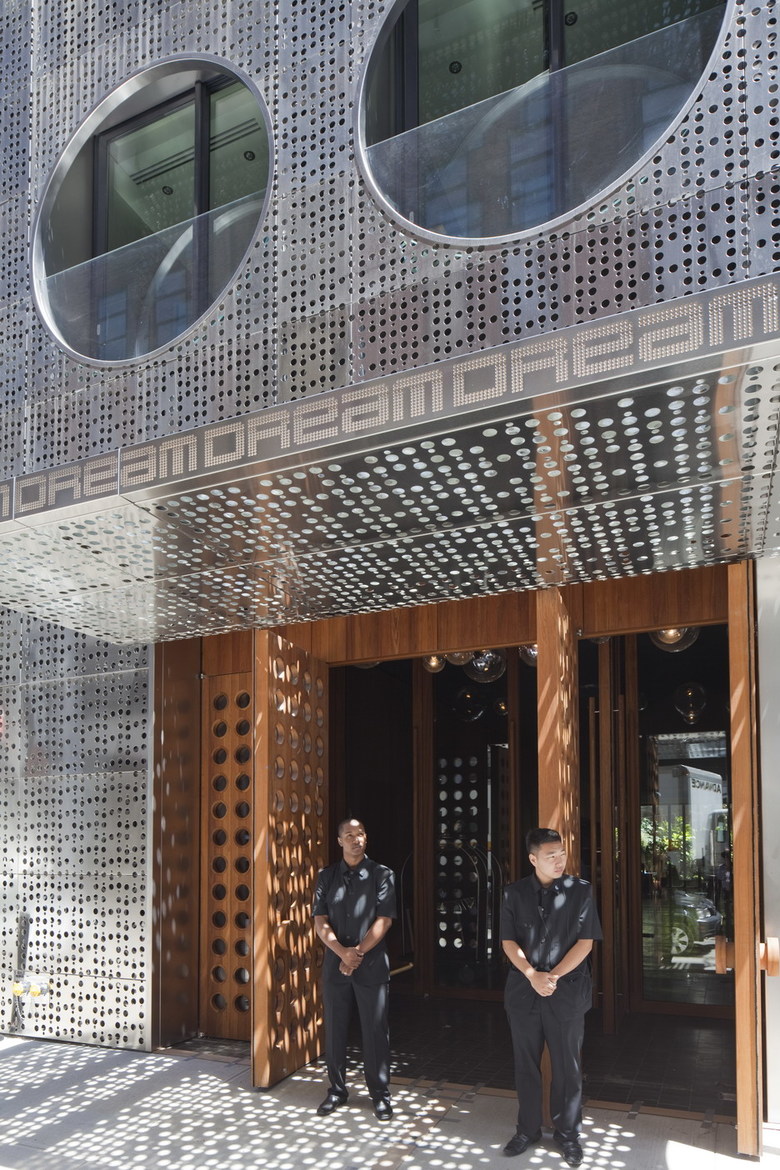 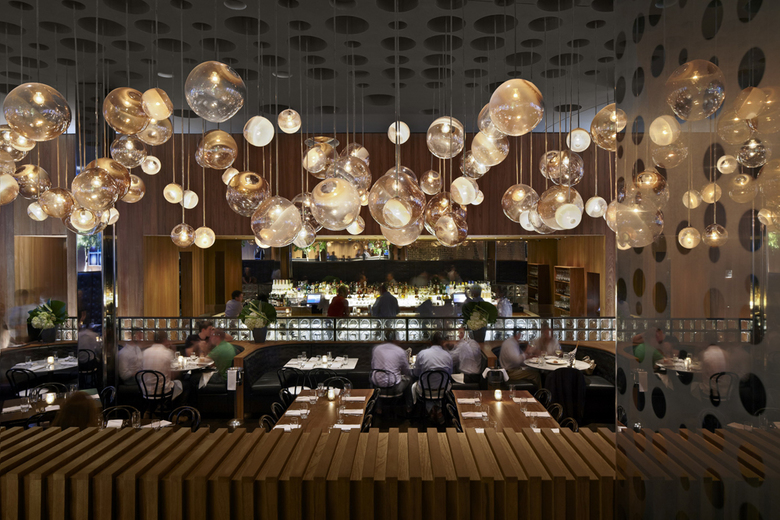 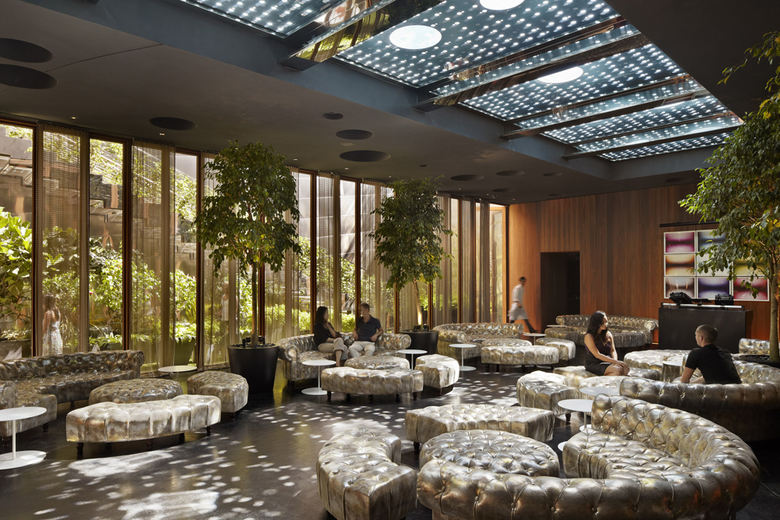 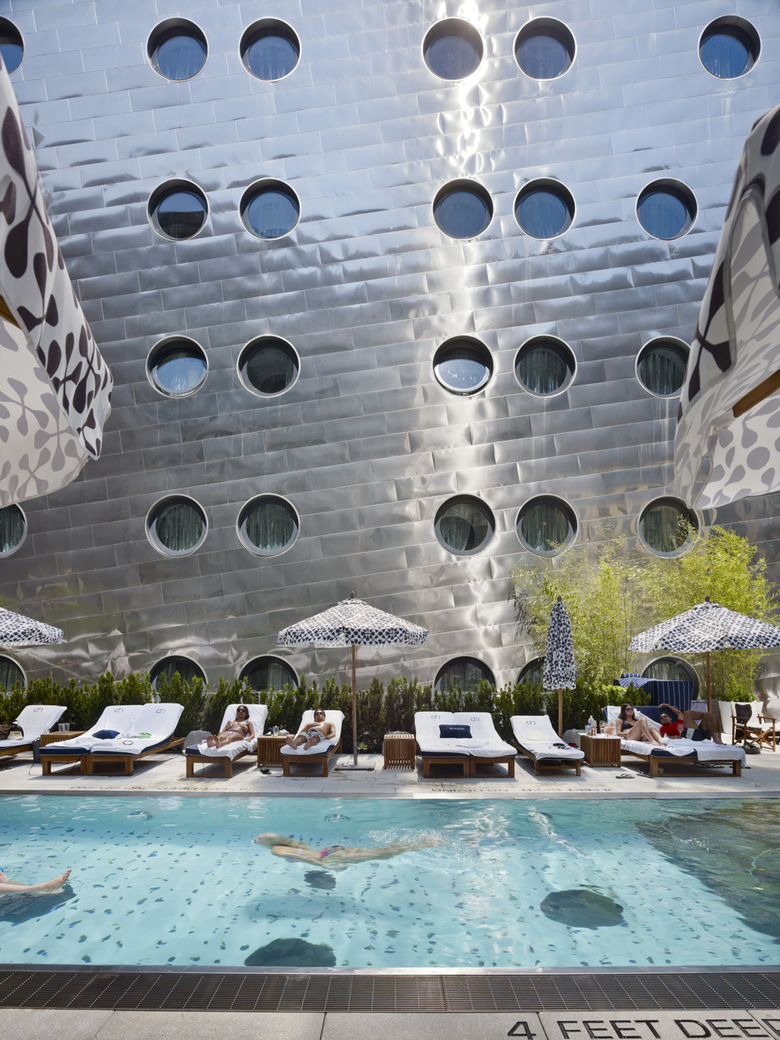 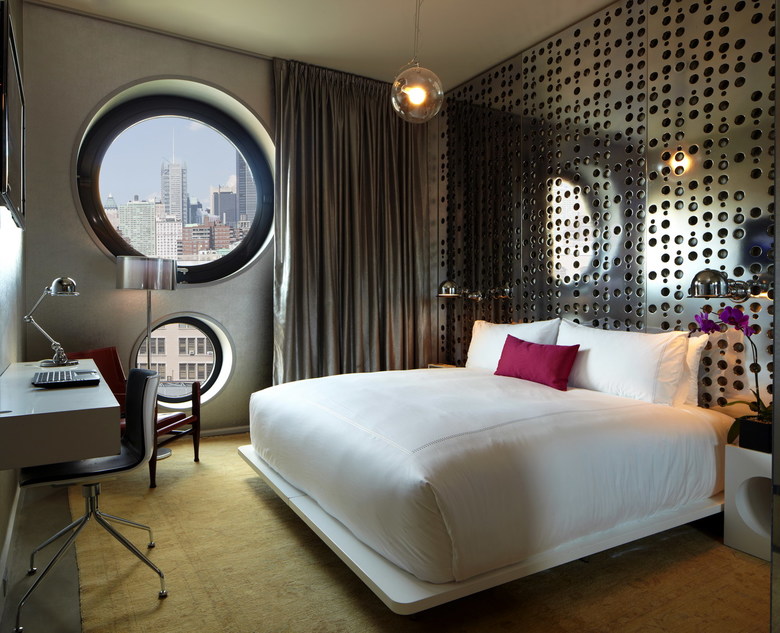 Originally designed for the Maritime Union in 1966, the building was converted into a hotel, which created design opportunities as well as constraints. The original façade was punched with porthole windows to express the maritime program, and these were kept and expanded upon. The portholes became central to the design and the surreal quality they create. The original through block building offered limited possibilities for natural light, so four floors were removed from the center of the building, which created a new pool terrace and beach, new windows and balconies for guestrooms, along with two new floors of guestrooms on the southern portion of the building.  To the north, a glass enclosed roof-top lounge and terrace was created. The glass bottom pool, dotted with portholes of its own, allows guests in the lobby glimpses through the water to the outside (and vice versa), and connects the spaces in an ethereal way. Light wells framed in teak between the lobby, pool and lower levels allow the guest to be transported between spaces. Two hundred hand blown glass globes float through the lobby and congregate over The Marble Lane restaurant filling the space with a light cloud.