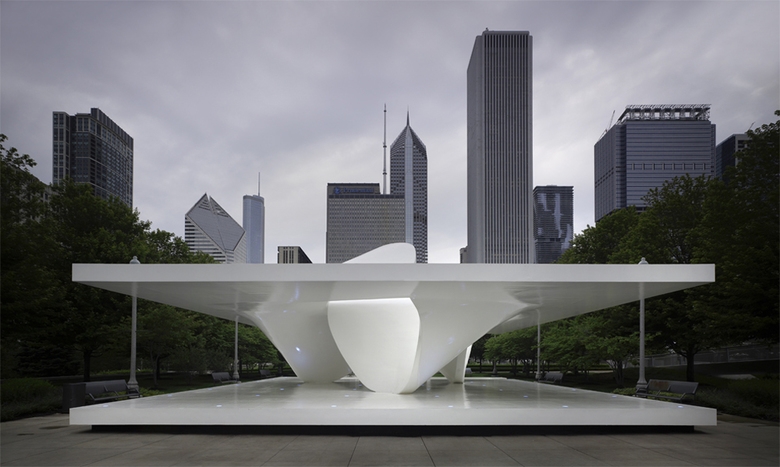 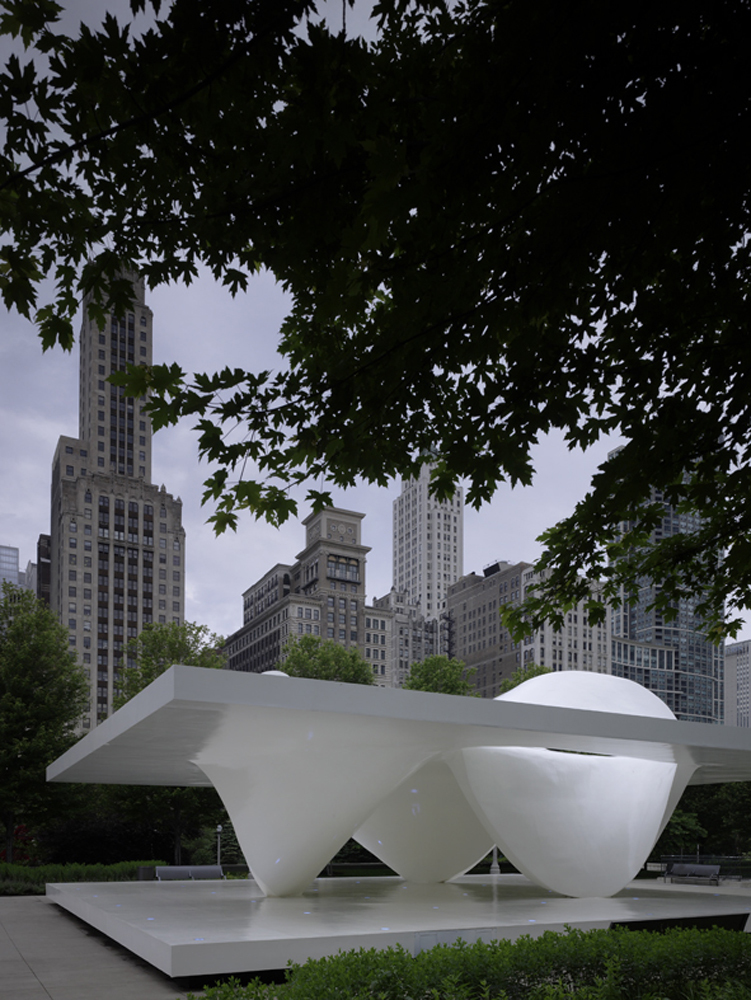 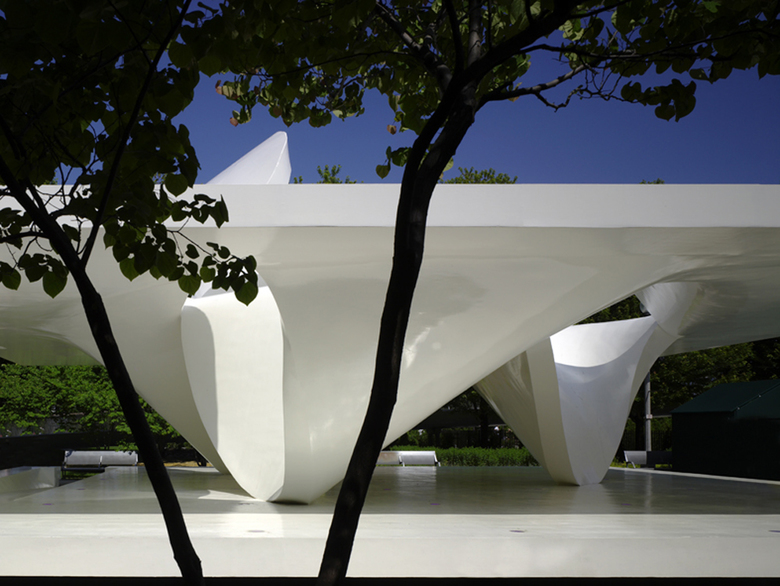 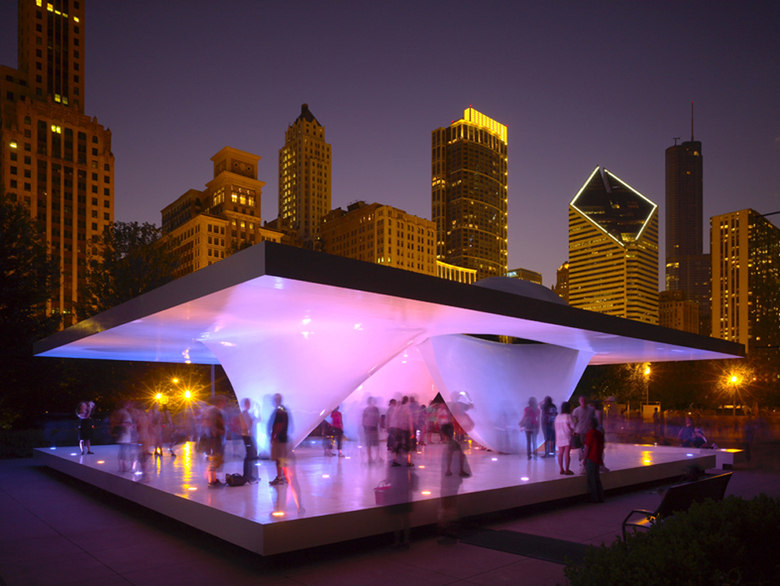 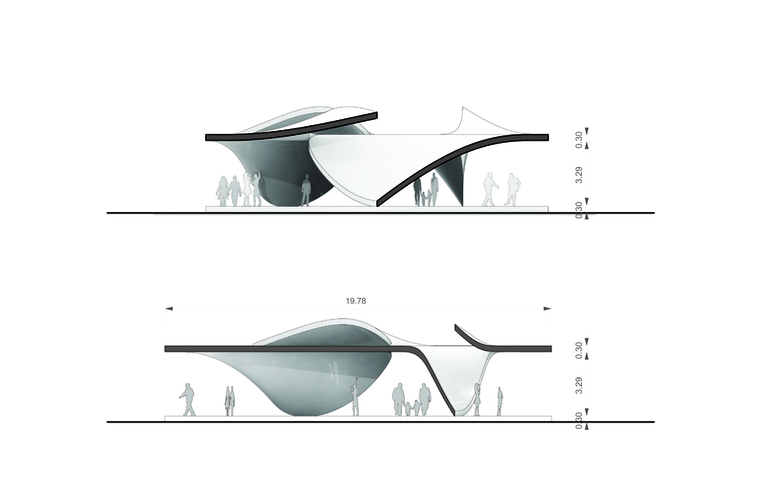 Placed on the unique location in the middle of Millennium Park framed by the Lake Michigan on one site and Michigan Avenue on the other, the UNStudio pavilion relates itself to diverse city-contexts, -programs and -scales. Programmatically the pavilion invites people to, gather together, walk around and through, to explore and watch. The UNStudio pavilion is sculptural, very accessible and it acts as an urban activator.

Based on the specificity of the site, the design of the pavilion develops an elaborated relationship to the existing form of a rigid geometry but it also introduces a floating and multi-directional space. It orients itself to the city texture, to the flows of visitors exploring Millennium Park and most importantly introduces diverse vistas towards the park and city surroundings. The pavilion is open towards its sides in between two at the outset horizontal planes of a podium and a roof.

The design of the UNStudio pavilion initially uses the orthogonal setup of the city and park grid. The edges of the pavilion follow the severe setup of the surrounding city- and park-geometry. Burnham’s Plan one hundred years ago introduced that generic grid as main generator of the city texture but also introduced a device to read specificity and variation in the form of the diagonal boulevards creating specific vistas throughout the city.

The UNStudio pavilion is operating similarly, but using the entire spectrum of 360 degrees. Instead of Burnham’s tectonic layering of the city the pavilion introduces in a floating and continuous form a gradient between its ingredients of floor, wall and ceiling. The hierarchy of either being horizontal or vertical is converted into an understanding of a space of continuous transformation and fluidity. The initially horizontal panorama on top of the pavilion’s podium smoothly shifts diagonally into the three roof openings, framing vertical views of the city skyline. The ambivalence of directionality and the introduction of continuous flow of the structure allow to smoothly opening-up spaces, directions and importantly the most diverse vistas to frame and read the city context.

Main: Steel structure of columns in the three “legs” of the pavilion and horizontal steel beams

To emphasize the shape and geometry of the building also throughout night time, a sophisticated lighting device is introduced. Build into the podium of the pavilion a system of 49 LED lights illuminates the fluid forms of the pavilion in between the too horizontal levels of podium and roof. In real-time the ever changing animation of light varies in light intensity, color spectrum and inter-actively the rhythm of activation.