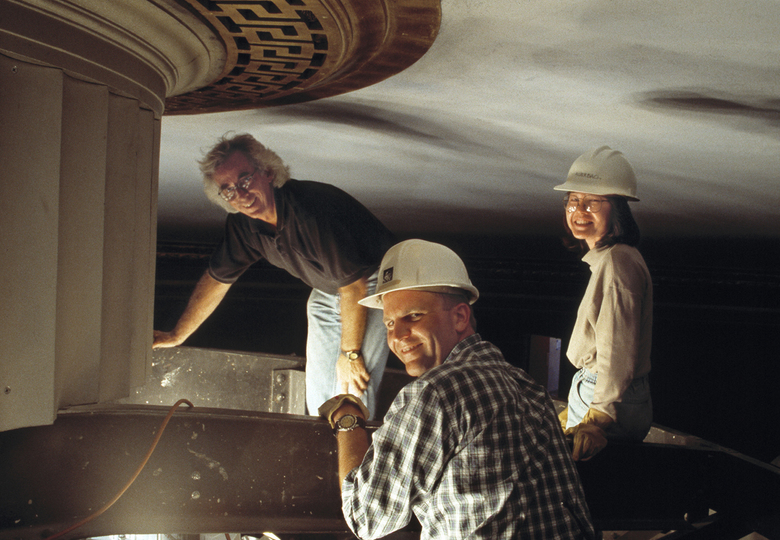 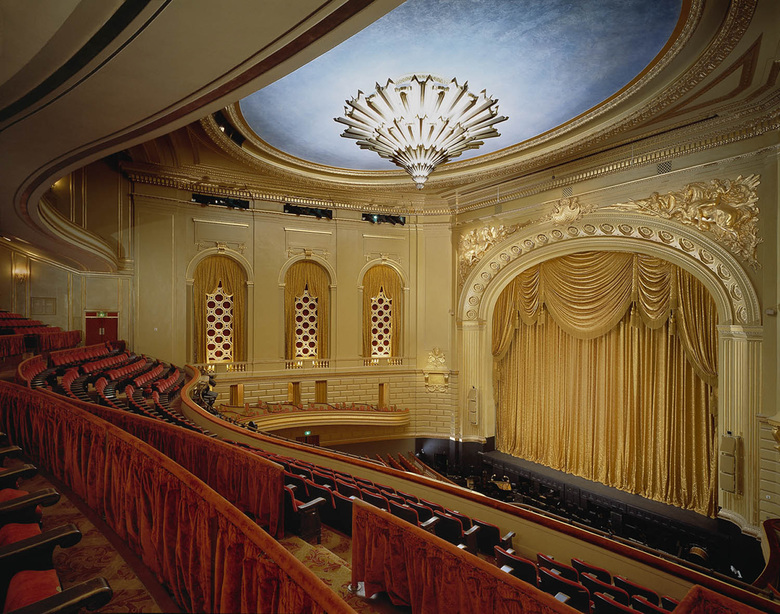 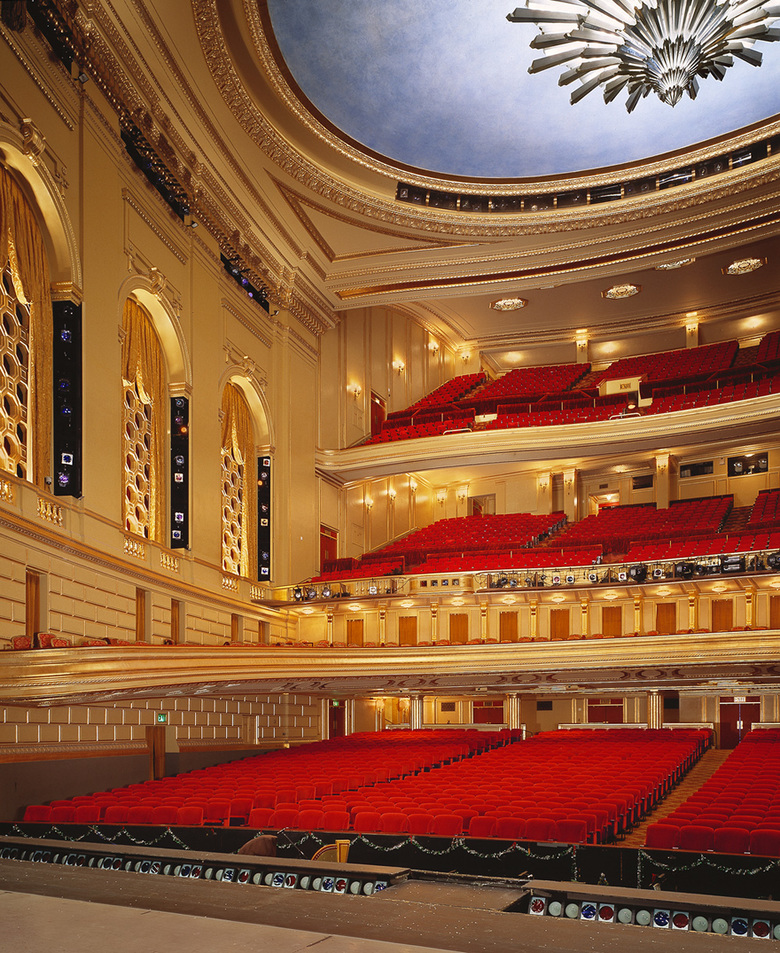 In 1989 the powerful Loma Prieta earthquake rocked the Bay Area, causing major damage to the historic San Francisco War Memorial Opera House, home to the San Francisco Opera and Ballet.  The calamity forced the City of San Francisco, which owns the building, to schedule repairs and a seismic retrofit, shutting it down for the 1996 season.  The design team for the renovation was lead by Skidmore Owings & Merrill and the San Francisco Bureau of Architecture.

Without upgrade since the opening of the building in 1932, the lighting system had deteriorated to the point that general lighting levels were below basic emergency egress codes. The Main Chandelier is 25 feet wide by 14 feet tall and is fabricated of cast aluminum decorative elements which are attached to the building steel.  Early drawings showed a major uplight component of the chandelier which had been removed at some time in the past.  A complete gutting, cleaning and rewire of the Main Chandelier along with a restoration of the uplight component was part of the renovation.  Along with thorough cleaning of all other sources, relamping with modern tungsten halogen sources and the installation of a new state of the art dimming control system, the Opera House was restored to its former glory.

This project was awarded the Edwin F. Guth Award of Excellence by IESNA and the IALD Special Citation Design Award.