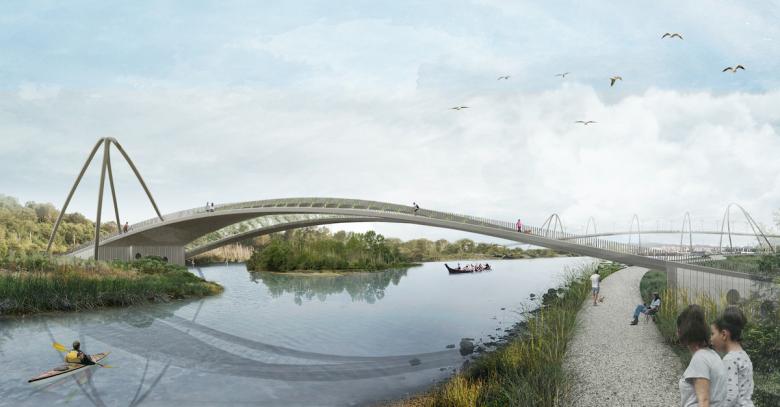 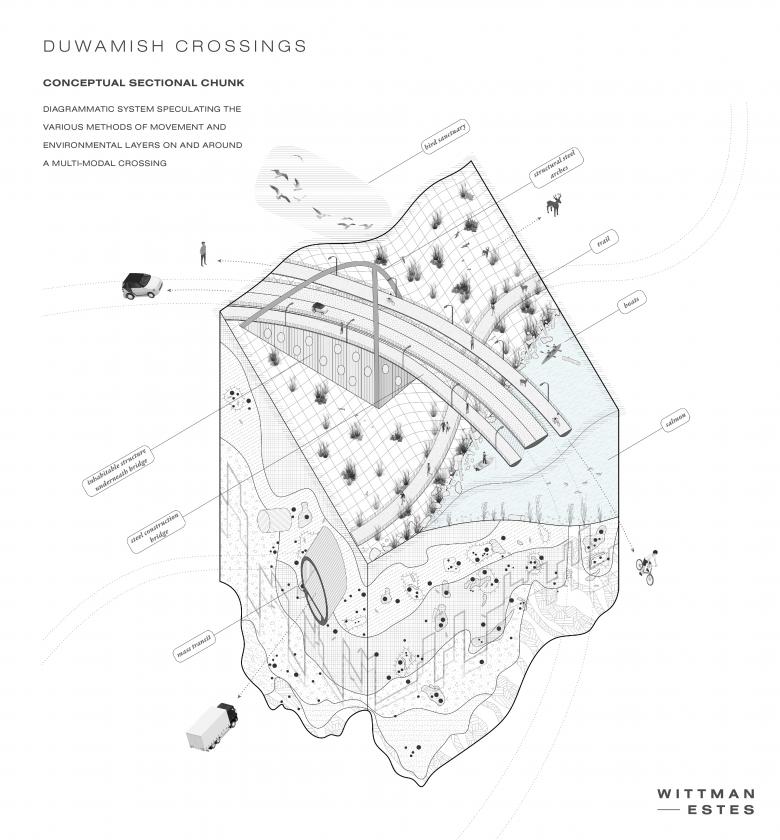 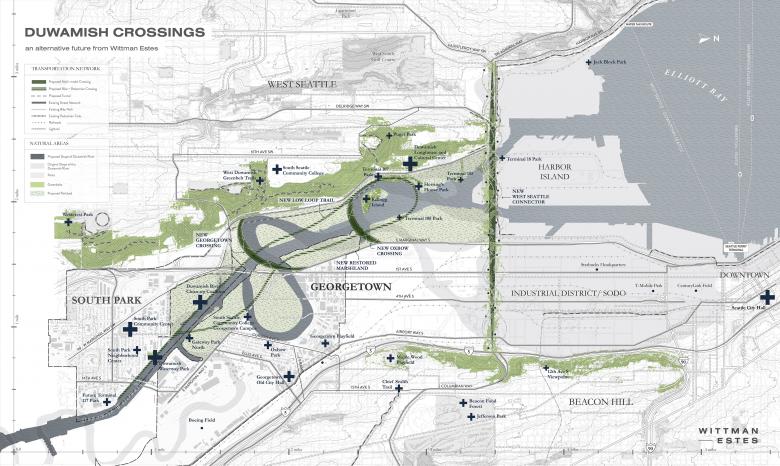 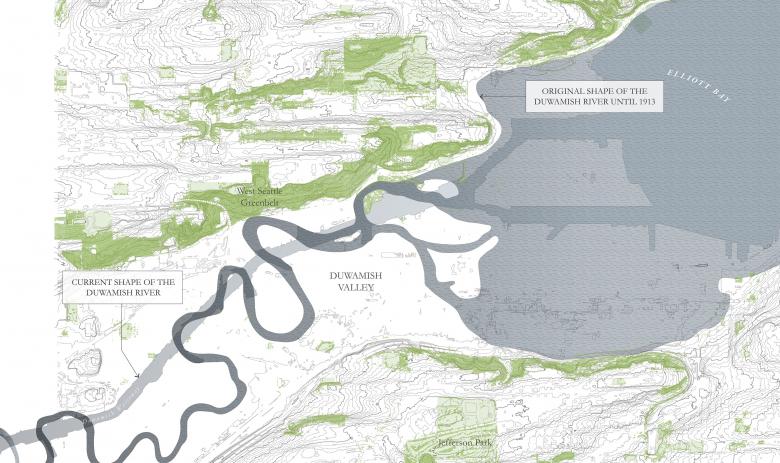 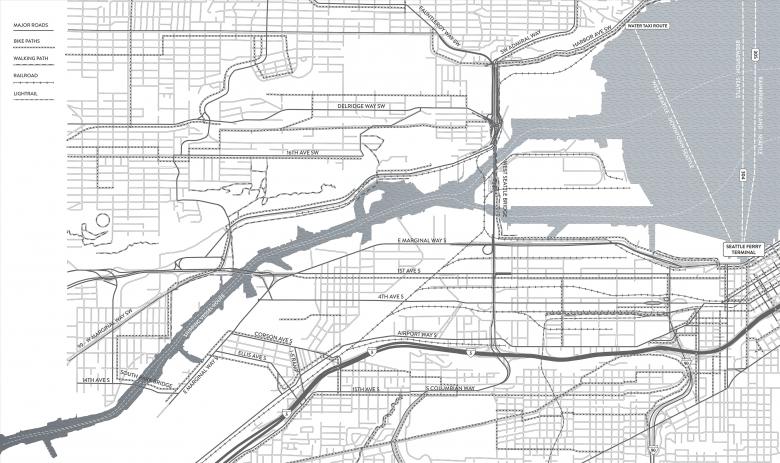 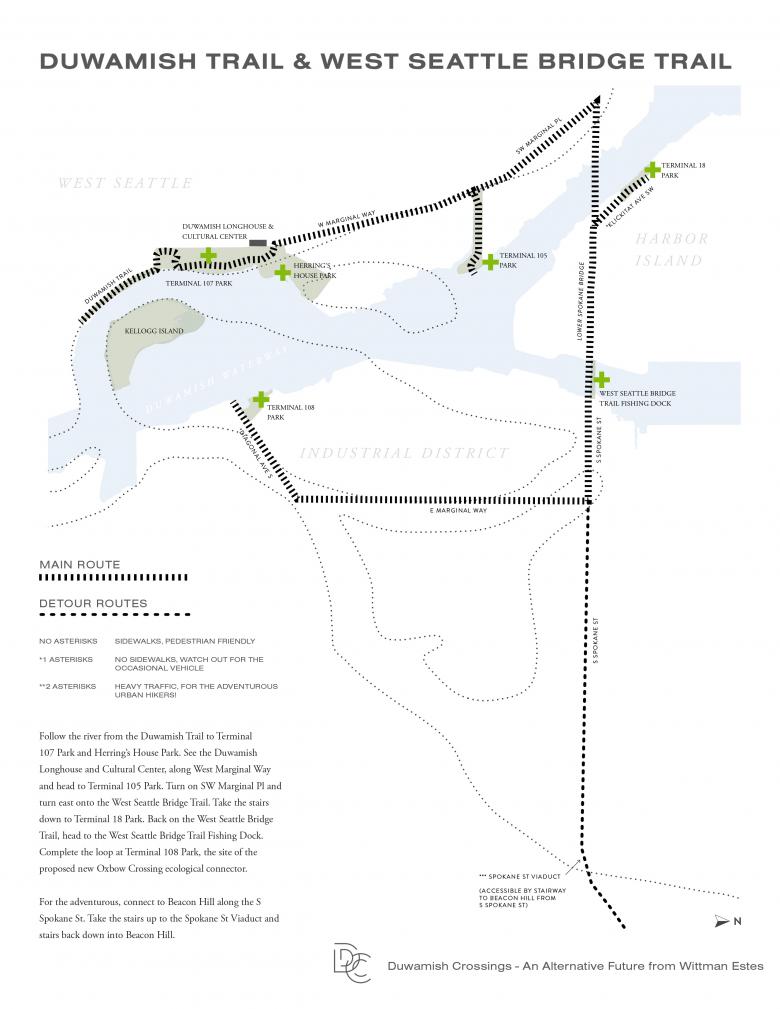 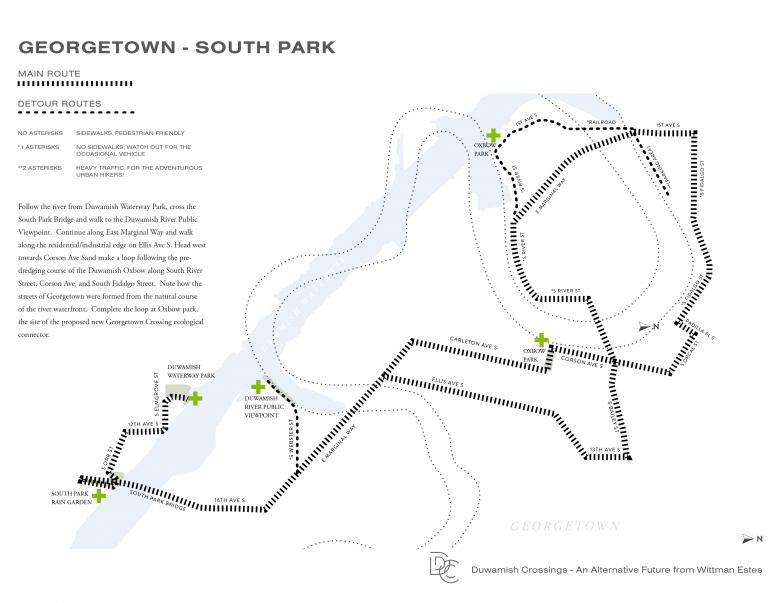 What.
The West Seattle Bridge has failed. After only 36 years of useful life—it will be closed until 2022, and probably longer. Completed in 1984, the concrete high-rise bridge over the Duwamish River suffered from a lack of vision. The singular and rigid crossing was designed only for auto traffic and excluded pedestrians, bicycles, mass transit, and other life. The closure of the West Seattle Bridge amplified the lack of connections we have across the river and with the river, providing the opportunity for us to dream big and explore a new strategy to cross the Duwamish River - one that supports all modes of movement and improves the area over which it is crossing.
Duwamish Crossings is a plan to replace the bridge with a series of ecological connectors and bring back nature to and around the Duwamish River. The initiative is a platform to promote a network of crossing and network proposals, mapping, studies, and news for advocates for a better future for the Duwamish River.

Why?
Climate change and Seattle’s identity as a global leader in green infrastructure demand that we build a long term living future. We need a resilient replacement for the bridge to cross the river—by car, bike, and foot—that supports the livelihoods and ambitions of the communities and neighborhoods within the highly industrial Duwamish Valley.

The Proposal.
Our proposal is to redistribute movement from the singular West Seattle Bridge and bring nature back to the Duwamish Valley. It consists of 3 new crossings and a restored ecological zone along the River.

Provide three new multi-modal crossings that better connect travelers to the river or their destinations by car, bike, and foot:
- Georgetown Crossing: A new crossing at the 1st Avenue South over to Highland Park Way.
- Oxbow Crossing: A new crossing connecting the two sides of the river from East Marginal Way on the east to near the regionally-significant historical sites Duwamish Longhouse and Herring’s House Park on the west.
- West Seattle Connector (Urban Air Filter): A new Columbian Way/West Seattle Bridge crossing that reconnects East Duwamish and West Duwamish Greenbelts.

About Duwamish Crossings
Duwamish Crossings is a design proposal, mapping, and news about a feasible ecological alternative to better connect over the Duwamish River. The project explores the history of the Duwamish River and work with and honor its origins and its original people. It explores how we currently connect with the river and surrounding nature and seek opportunities to extend those connections, environmentally and responsibly. More info at: www.DuwamishCrossing.net