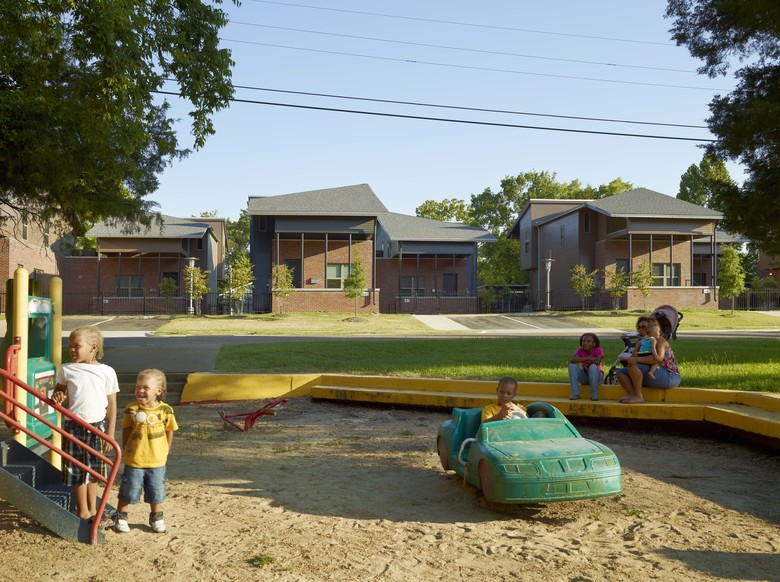 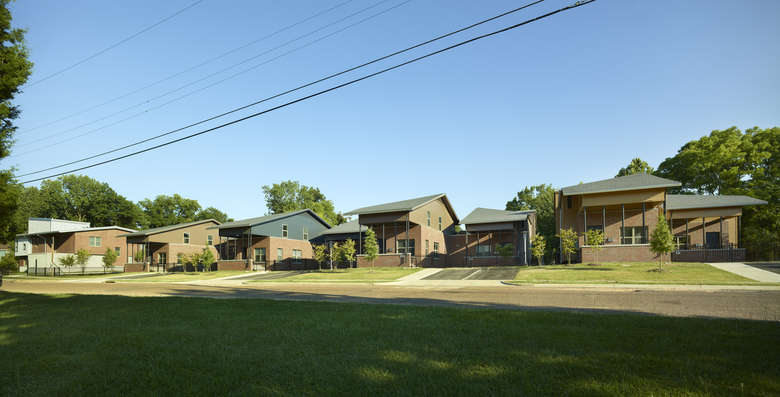 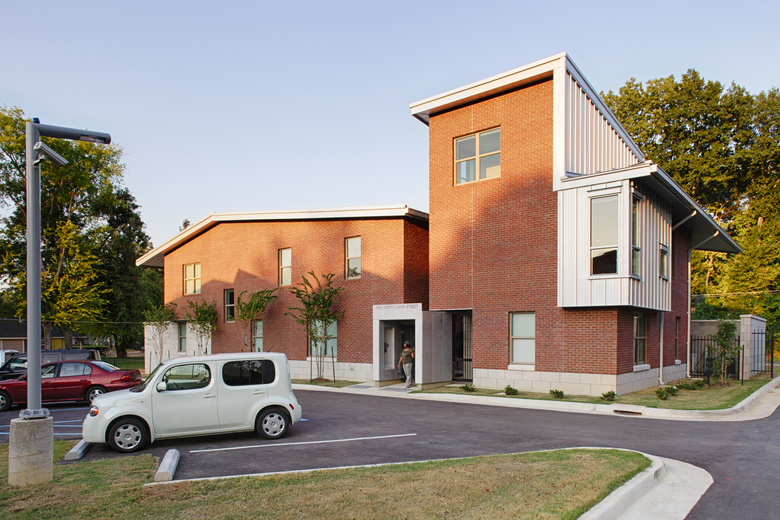 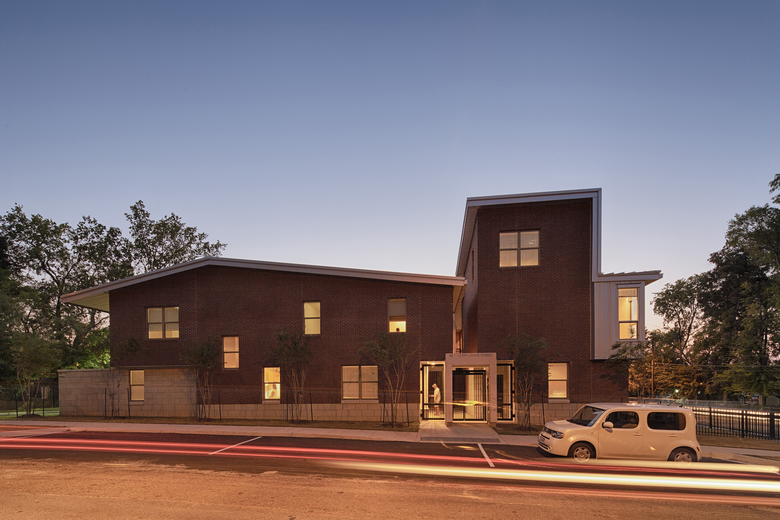 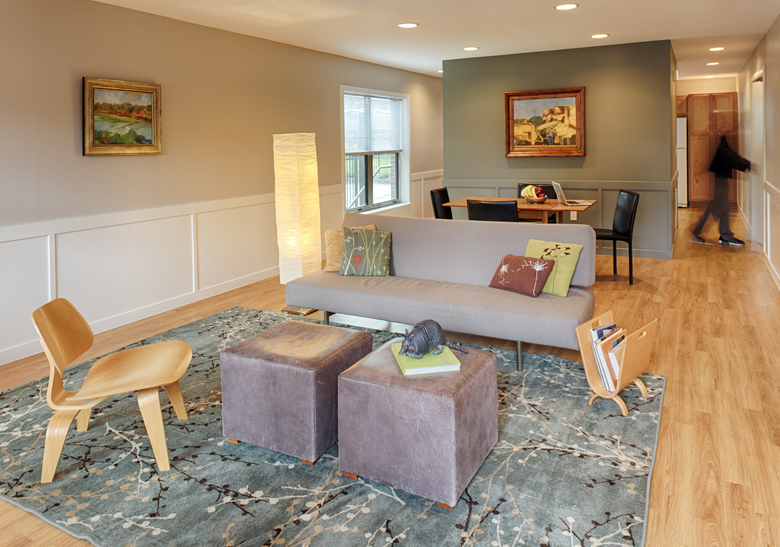 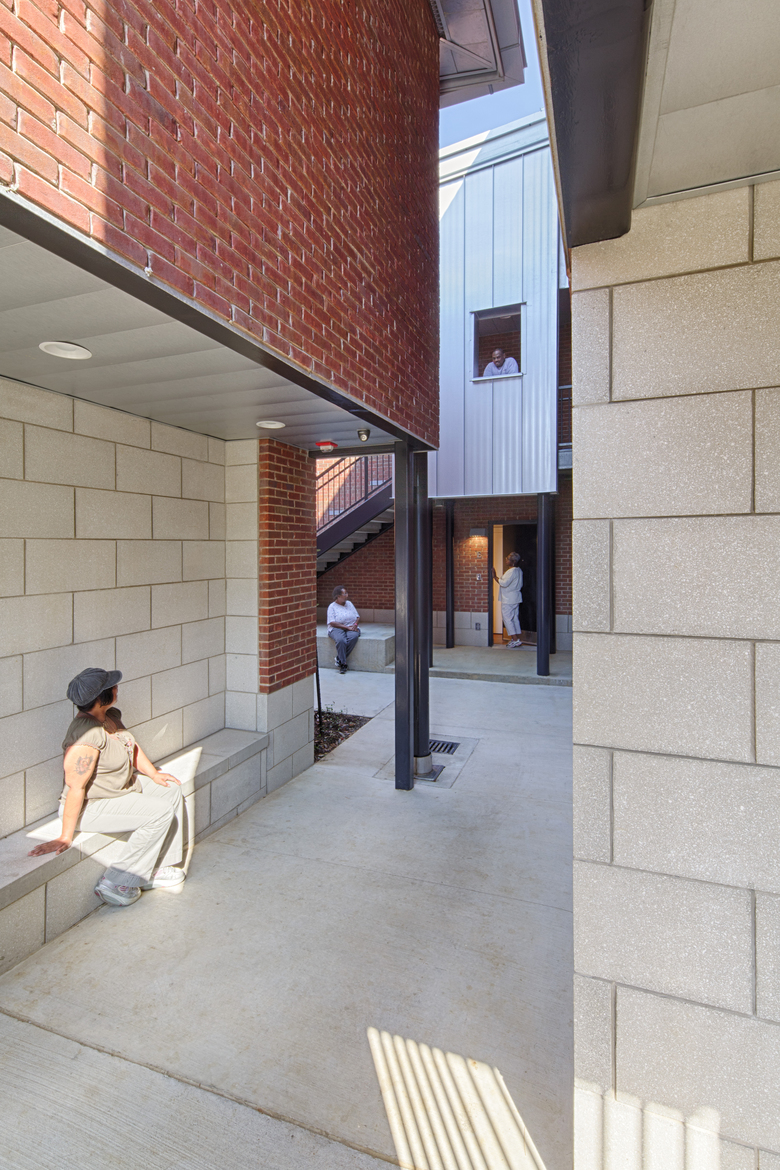 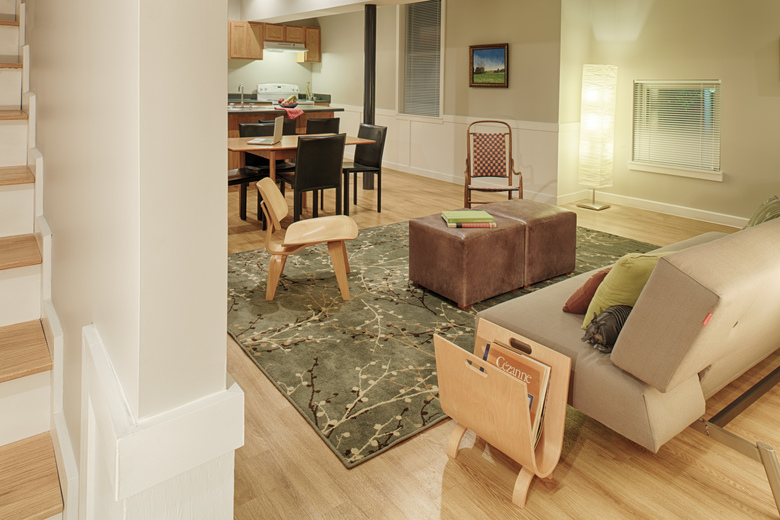 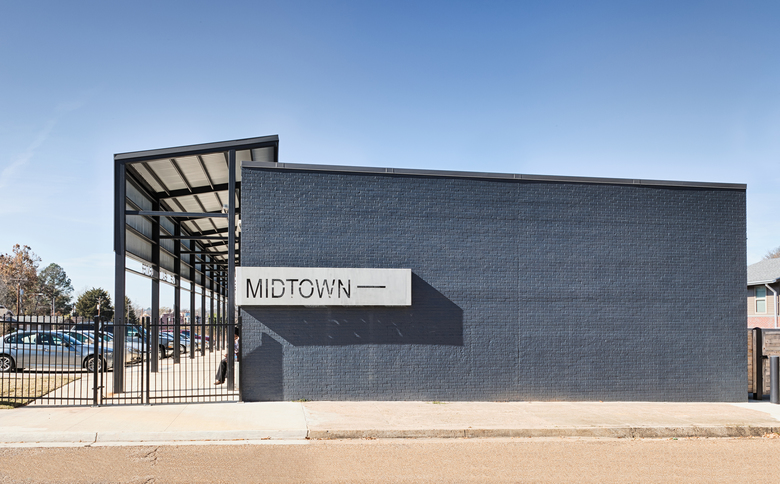 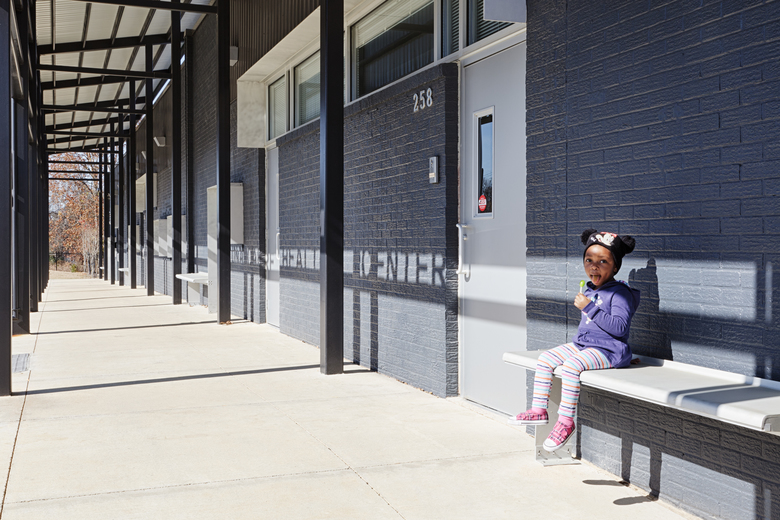 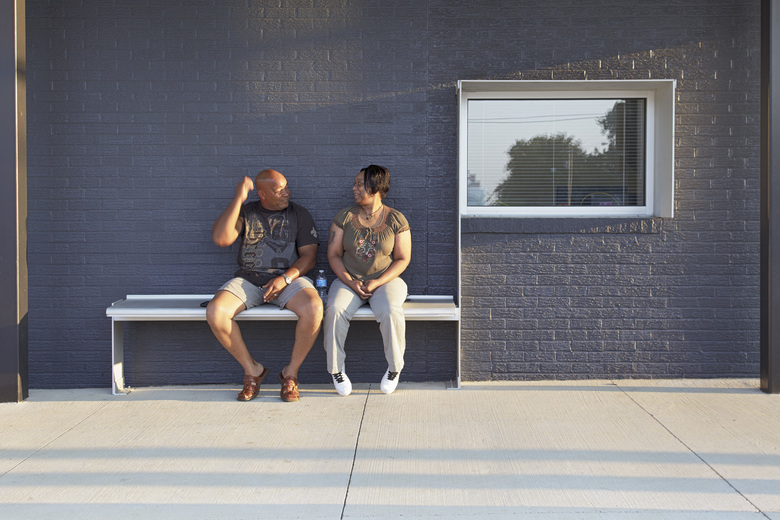 A multi-phase project to provide new healthy housing opportunities as part of an overall neighborhood revitalization. Funds for the project were made available through the U.S. Department of Housing and Urban Development and the American Recovery and Reinvestment Act of 2009. The first phase added 22 new 1,300 square foot, one- and two-story economical duplex housing units. They are energy-efficient, incorporating both active and passive energy generation and conservation strategies. They are durable and livable, requiring minimal maintenance, and the design utilizes an open loft-like planning strategy to accommodate many different types of families. The duplexes are split and shifted relative to each other, creating both private rear yards and shared front yards, each watched over by three units’ front porches.

The Midtown Master Plan, also completed by Duvall Decker, called for an increase in housing density. Phase two of the project included the development of a new housing typology for Midtown, a courtyard design where all units open to a common secure court. This project includes six two-bedroom walk-up units organized around a common court that promotes social interaction and cooperation. Residents watch out for each other, and the court has become a small neighborhood.

Other Projects by Duvall Decker Architects