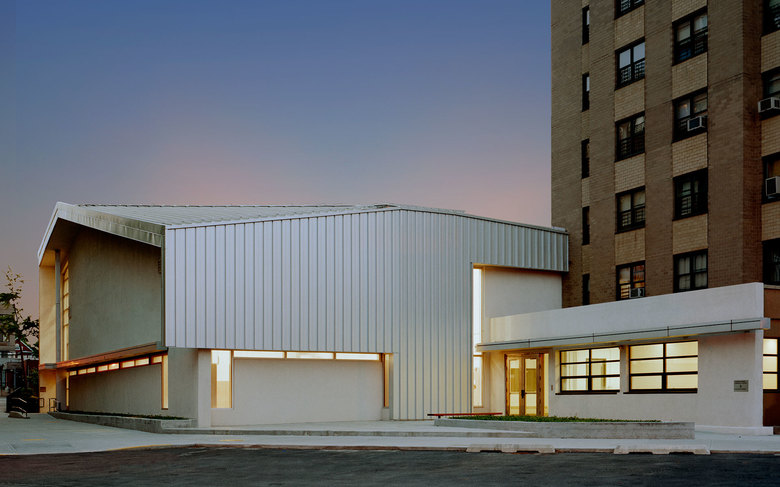 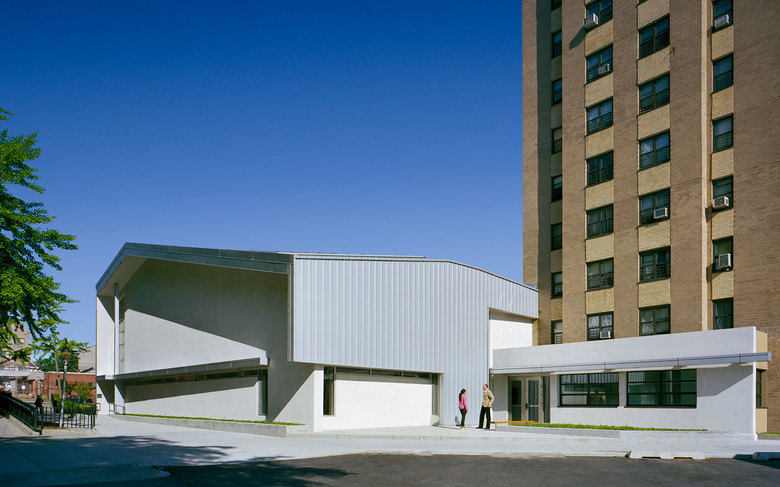 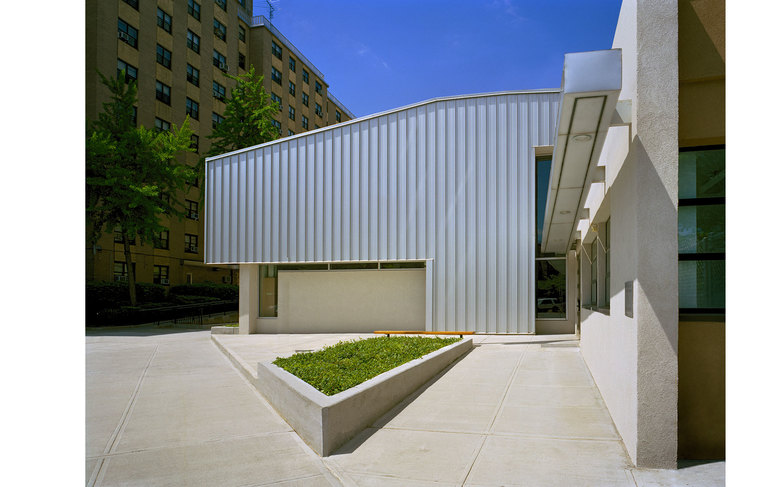 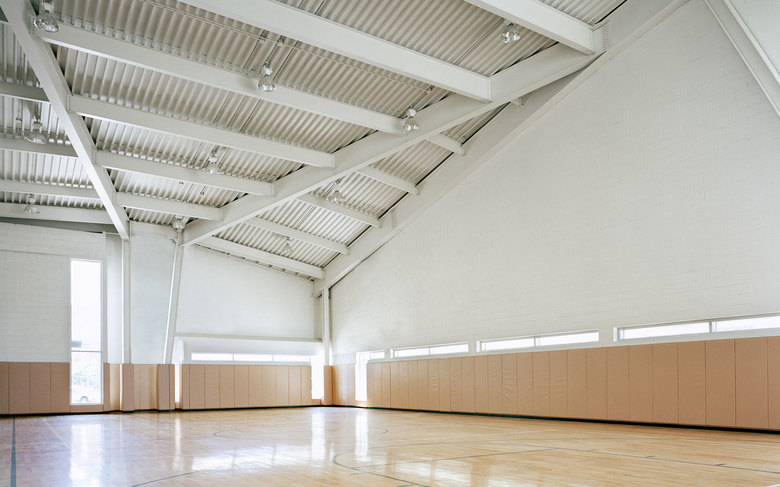 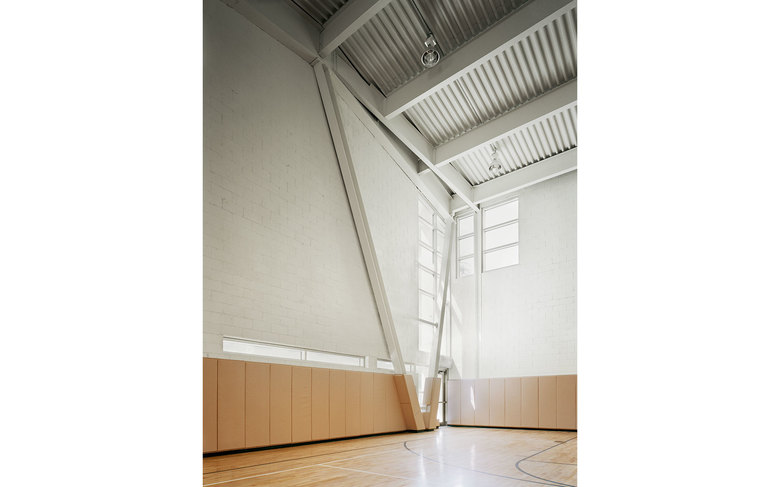 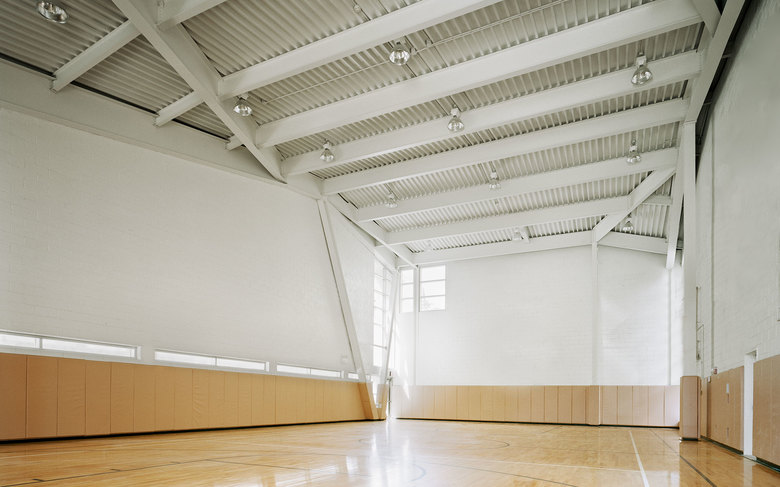 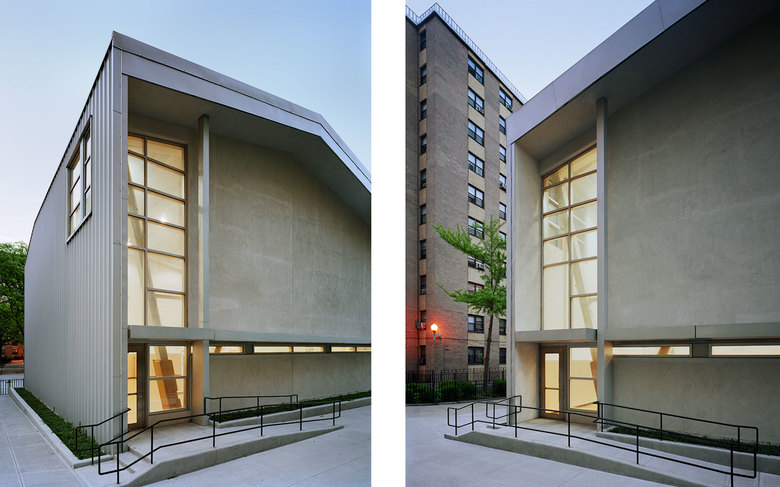 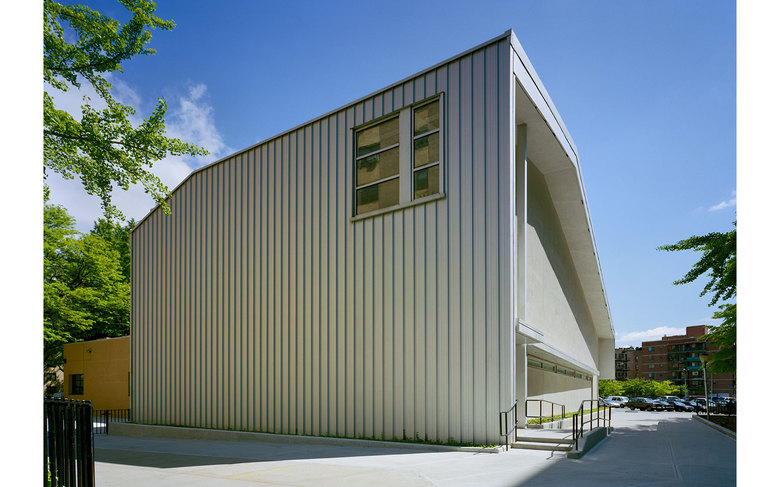 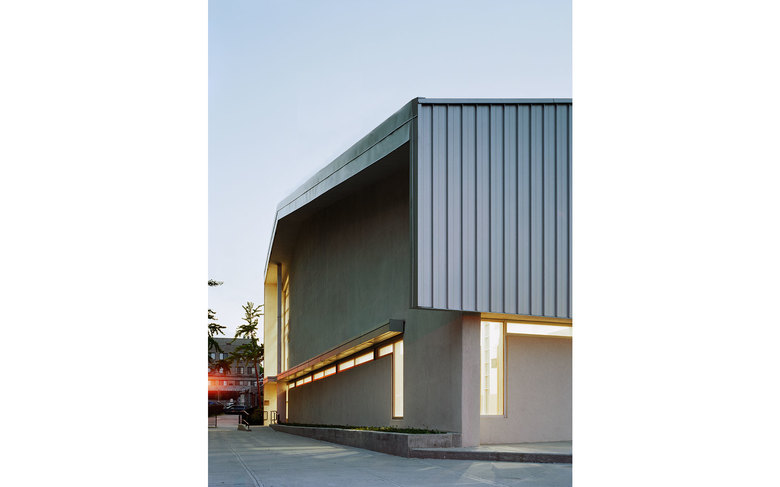 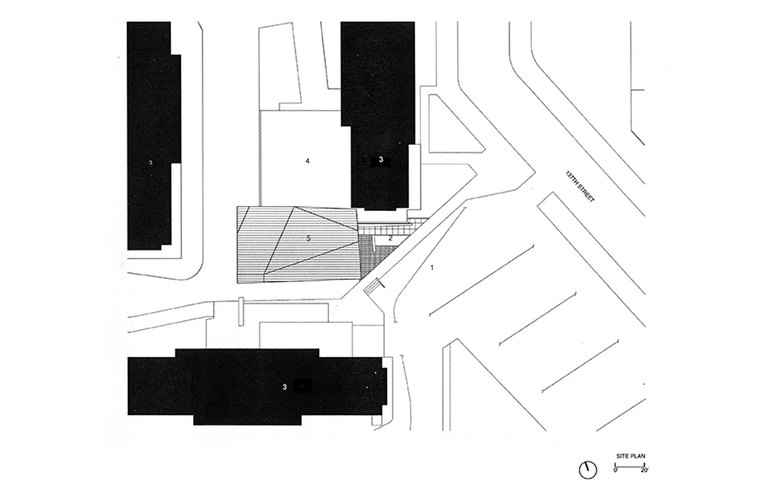 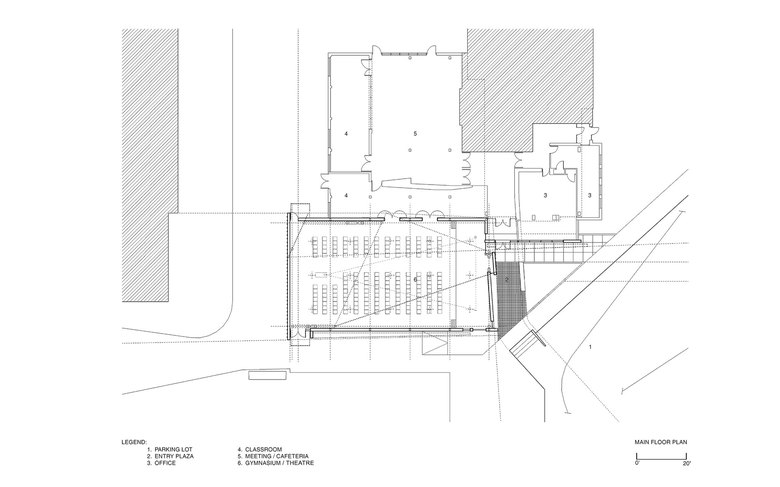 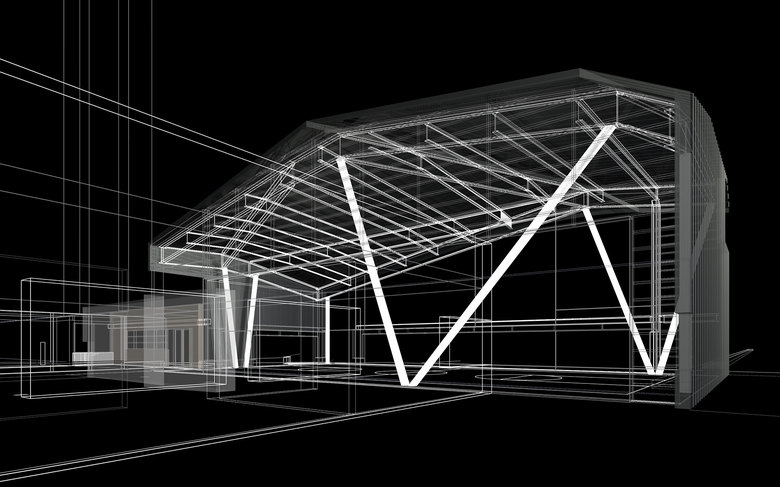 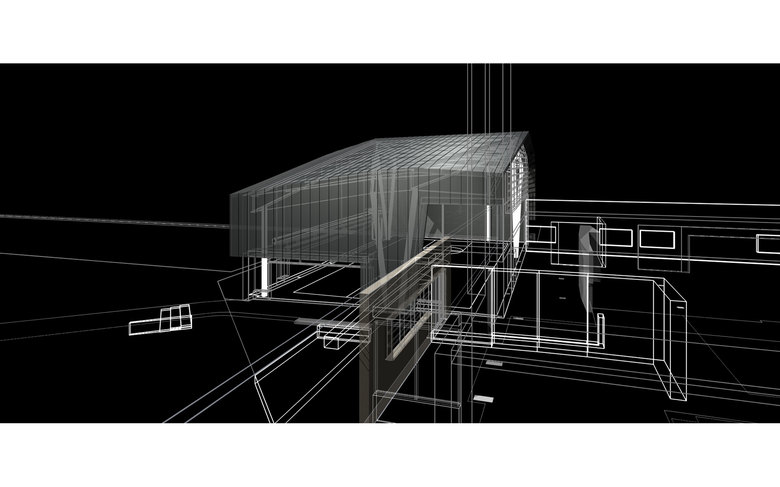 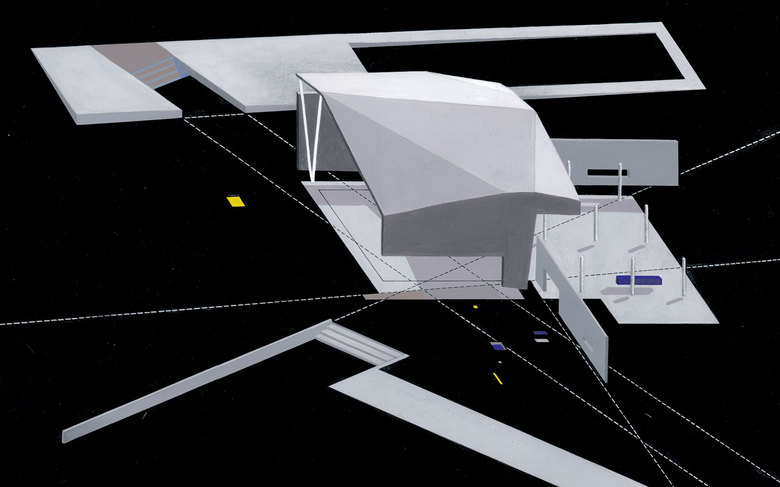 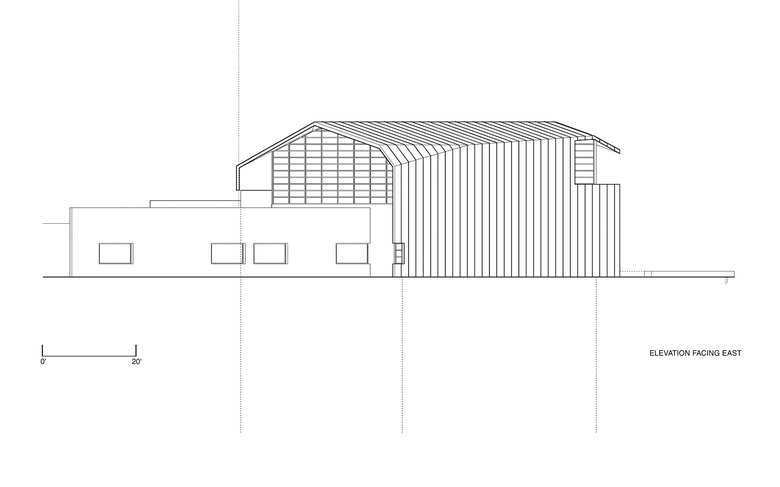 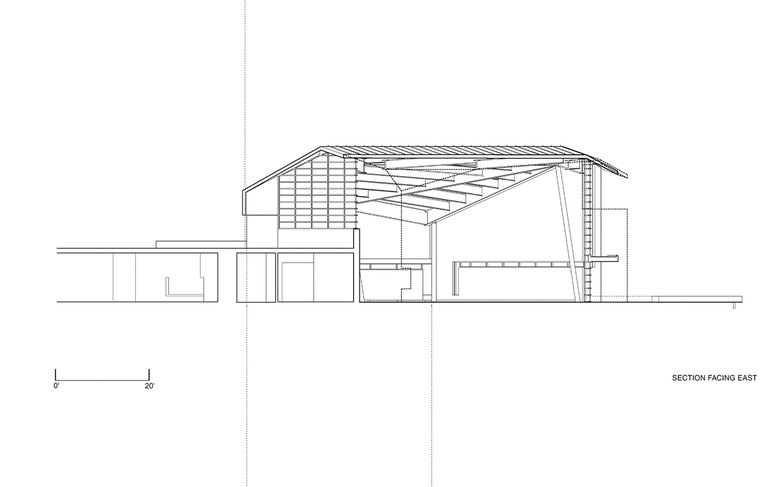 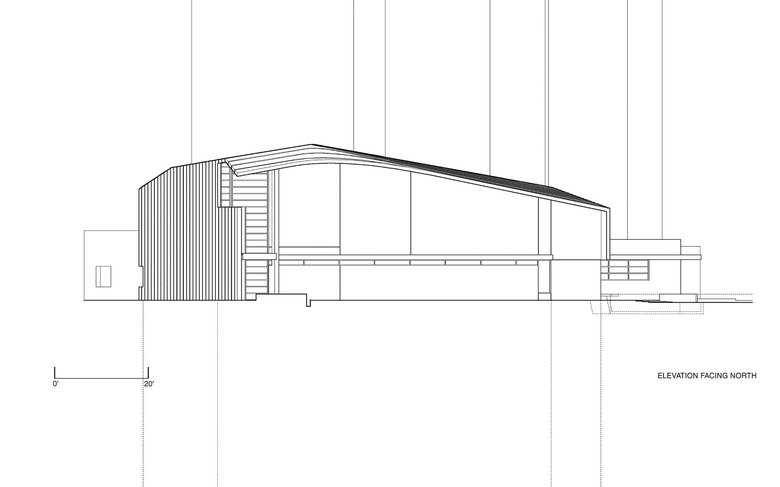 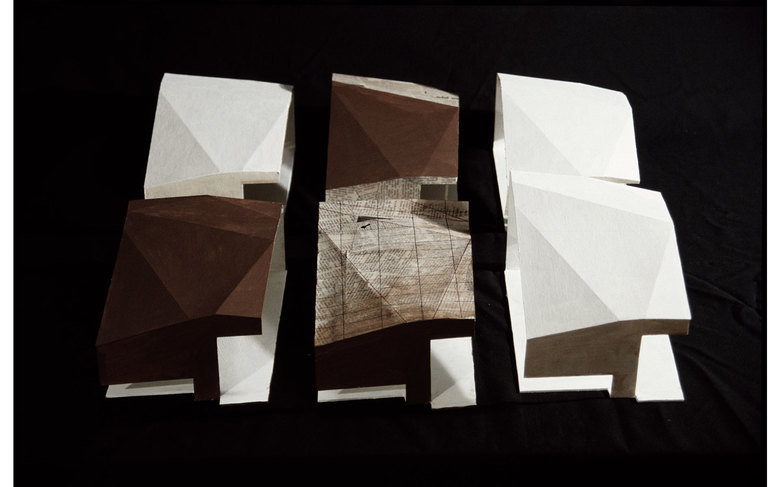 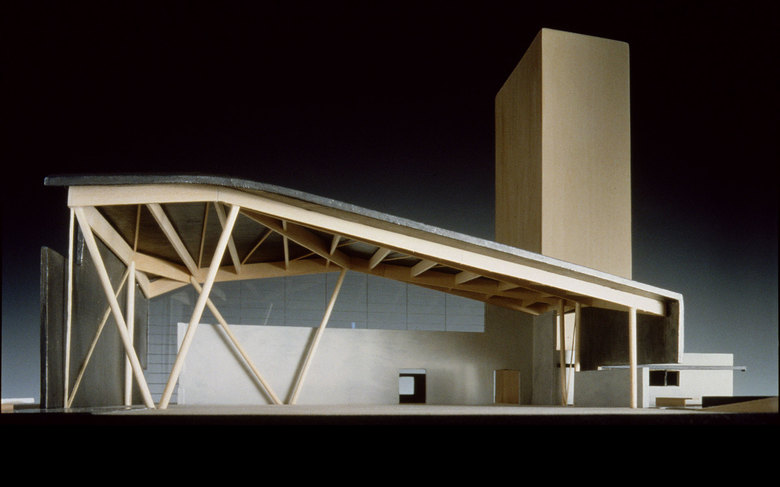 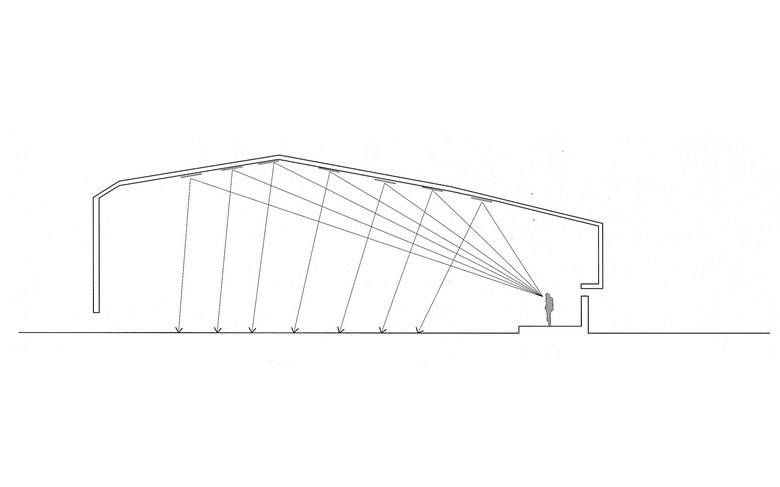 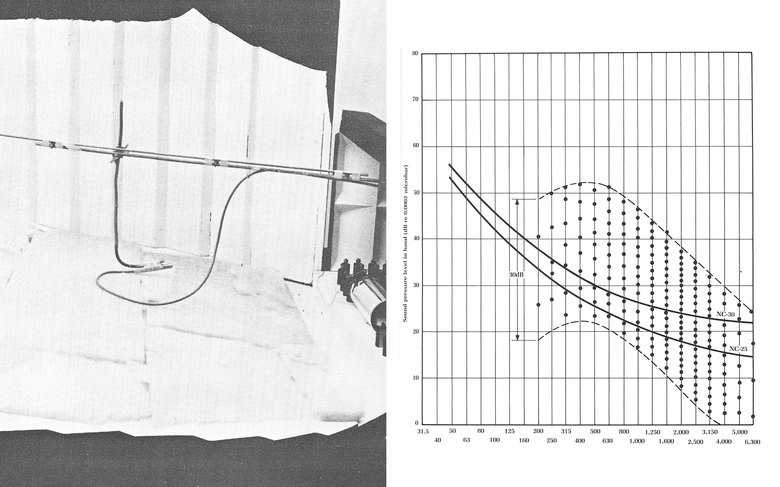 WaveLine is a steel and masonry pavilion of subtle but powerful vision, with modest dimensions. The building is located in Queens. WaveLine does not try to blend in with its neighbors — twenty-story public housing towers built during the 1950’s — but instead uses the contrast of contemporary materials and graceful form to define a place for performance and sport within an existing public housing complex. WaveLine’s main facade is the building’s bent roof plane built with standing-seam galvanized steel and aluminum. The interior is a simple, white, one-room volume for performance and sport. The pavilion ceiling is a faceted surface expressive of the overall form of the building’s exterior. A new entrance vestibule on the south elevation of the existing community center is the lobby for the new pavilion. WaveLine, a term from ship-building and physics, refers to a shape able to move through water without resistance. Acoustic sound calculations of reverberation times also influenced the building shape.

The project client was the New York City Housing Authority (NYCHA). As a publicly funded project, the pavilion marks a milestone in public housing facilities. The building’s forward-looking design brings a new level of sophistication to a population of users where public buildings normally were built as concrete bunkers.

Redhook Center for the Arts