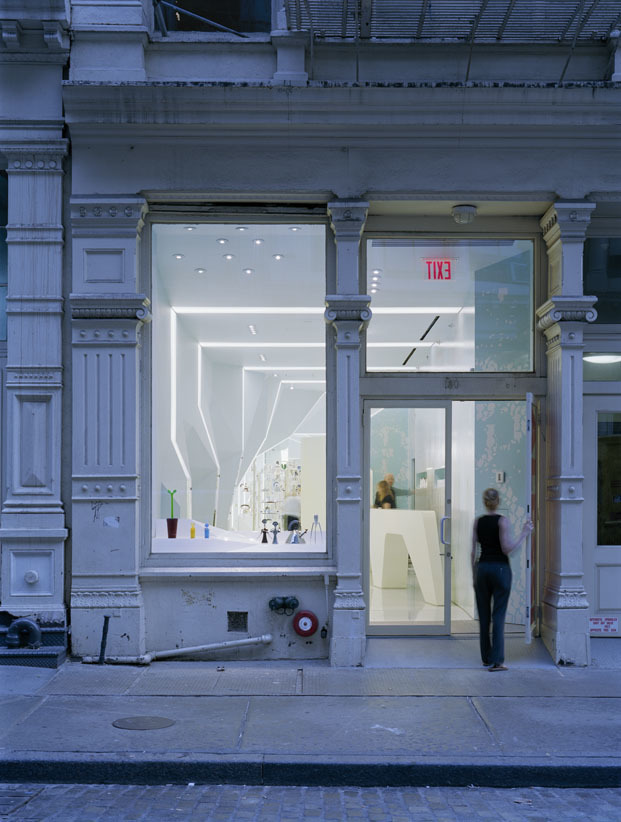 The Alessi Flagship Store at 130 Greene Street in SoHo opened to the public in September 2006. Commissioned to create a new identity for the Alessi brand, Asymptote designed not only the store’s interior architecture, but also all of its graphic elements from wall graphics to packaging to a unique modular display system. The store also features an espresso bar and gallery/exhibition area that expands the conventional retail program. In 2007 the store was named Travel + Leisure magazine’s Best Retail Space and received an AIA New York Chapter Design Award.