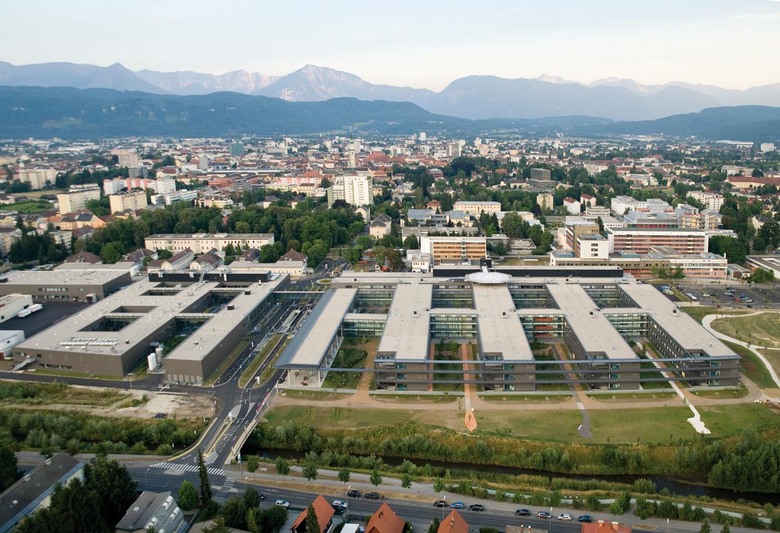 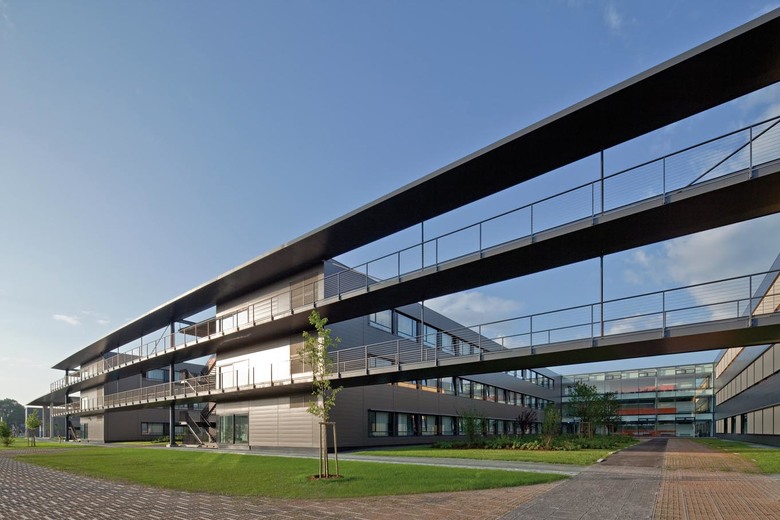 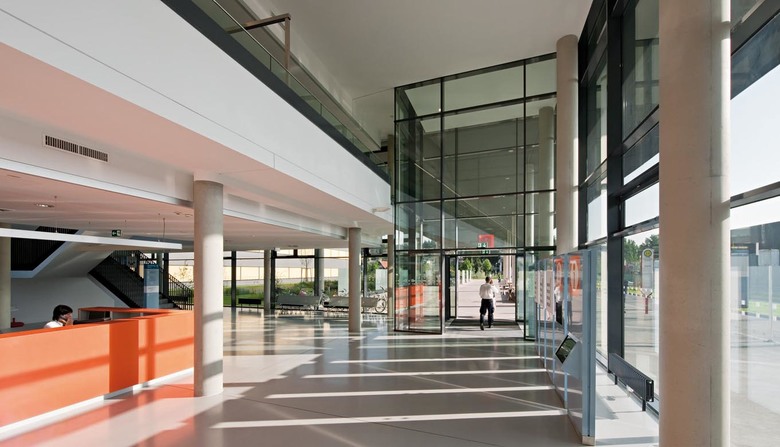 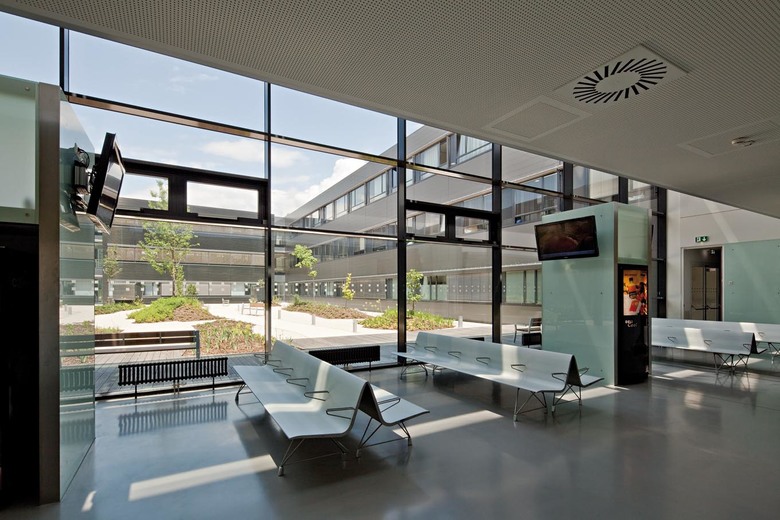 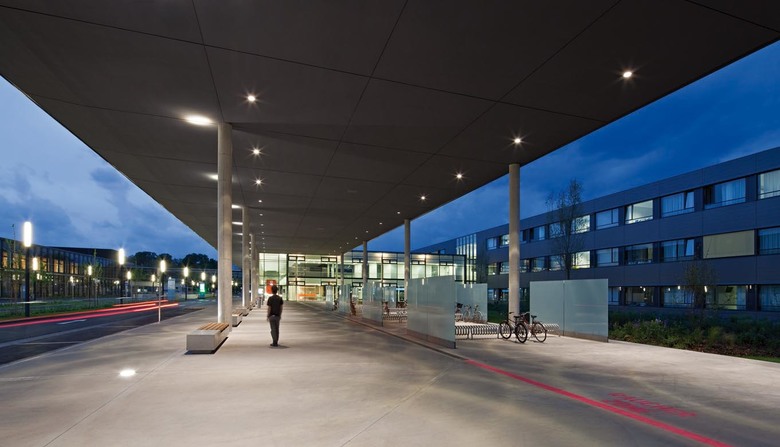 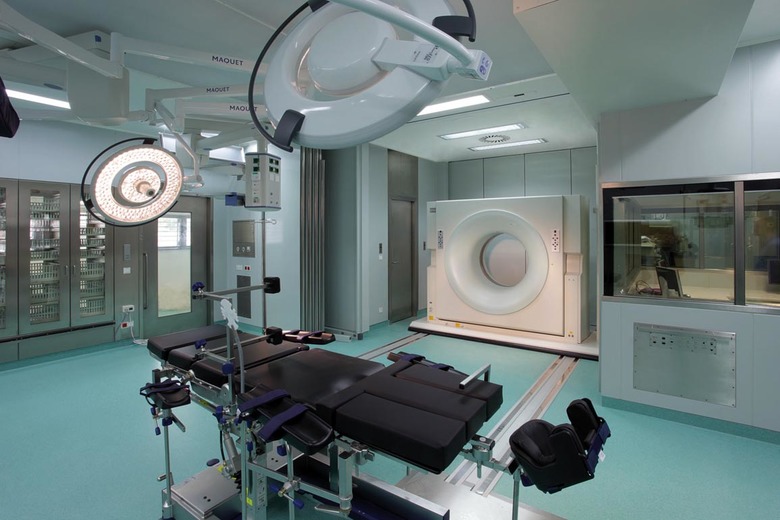 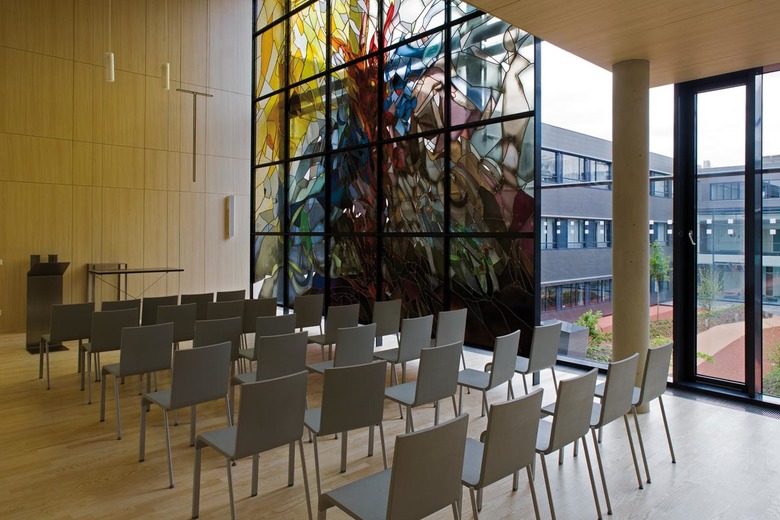 The large scale extension to the central hospital, which is the only one in a wide area around central Carinthia, is particularly successful in urban planning, medical, architectural and social terms. Alongside technical criteria it was ultimately the intelligent layout of the volumes that was decisive. In view of the enormous size of the program of spaces and the small-scale structure of the hospital surrounding we wanted to keep the design “flat and simple”. Using a new kind of orthogonal mesh structure that condenses around internal courtyards which decrease successively in size from north to south, we found a flexible and highly efficient model for organizing a wide variety of different volumes. For, in addition to the patients wards, out-patient facilities, surgery areas and rooms for the administration also had to be housed in a manageable way and connected to the old buildings on the hospital site and with a large supplies and disposals building – all together this resulted in gross floor area of no less than 128.000 m².

The subdivision of the complex into a building for the health-care center and one for the surgical-medical center seemed obvious, the articulation of the latter was a genuinely creative achievement. The guiding idea here was embedding the building in an extensive park and creating a kind of “hotel character” instead of the traditional, but oppressive hospital character. The most striking characteristics of the new complex are without doubt the “fingers” housing the patients wards which extend northwards from the spine of the surgery wing into the park. The overall structure, which is both compact and open, is rooted in a strong double slab with an east-west orientation: here the emergency department, the operating theatres and the doctors’ offices are located in the northern of the two parallel slabs. Between them there are a number of courtyards, attractively planted and even creatively designed using glass blocks. The wards and intensive stations which are housed in the four north-south wings can be conveniently reached from these central areas. The intensive stations are open spaces with glass partitions that take up almost the entire depth of the wing, a corridor running along the east façade allows one to walk past them.
At the northern end of these wings open into a lounge and from the lounge onto a terrace – from there the route continues along the attractive bridges.