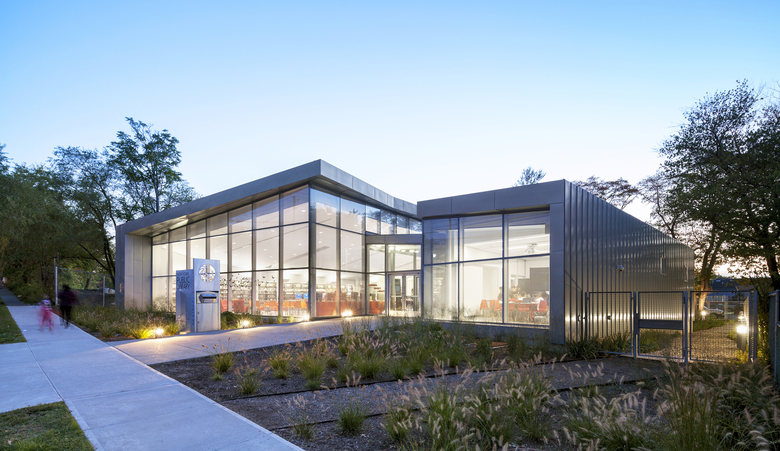 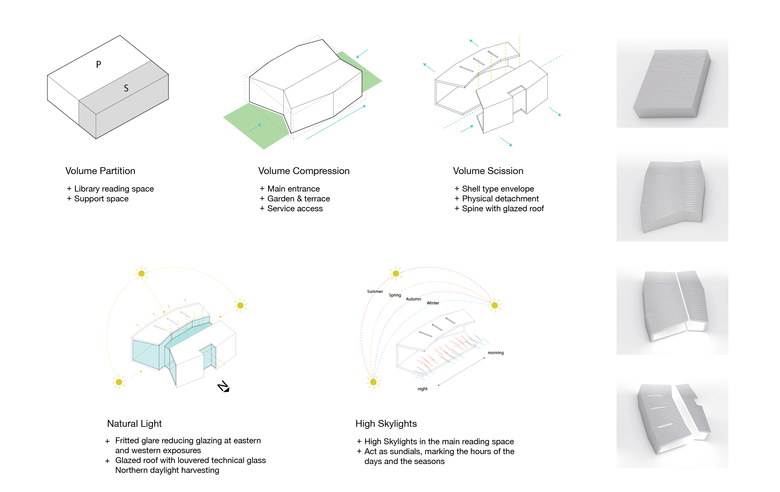 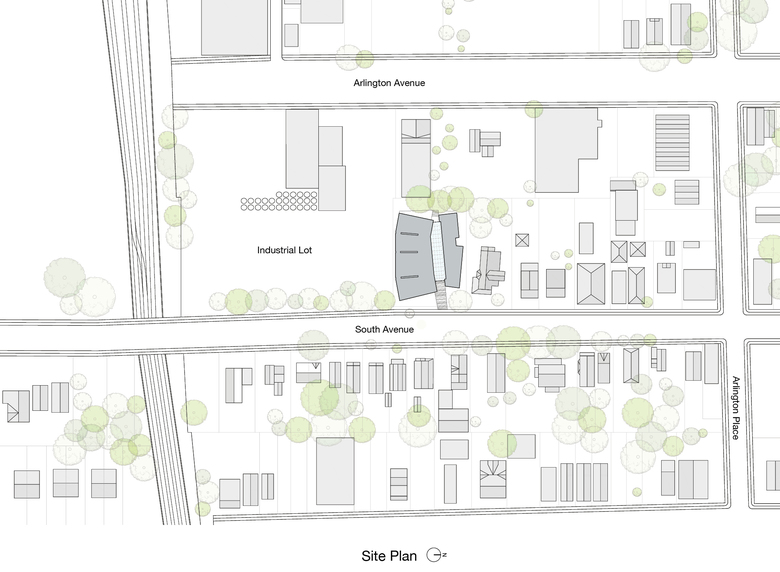 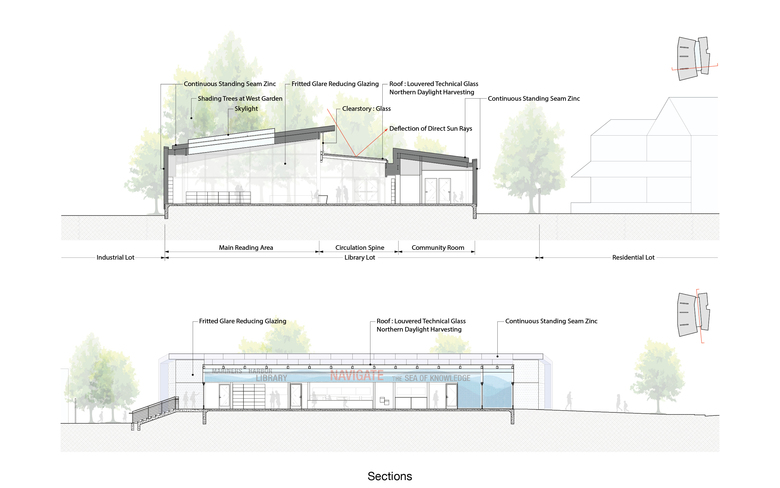 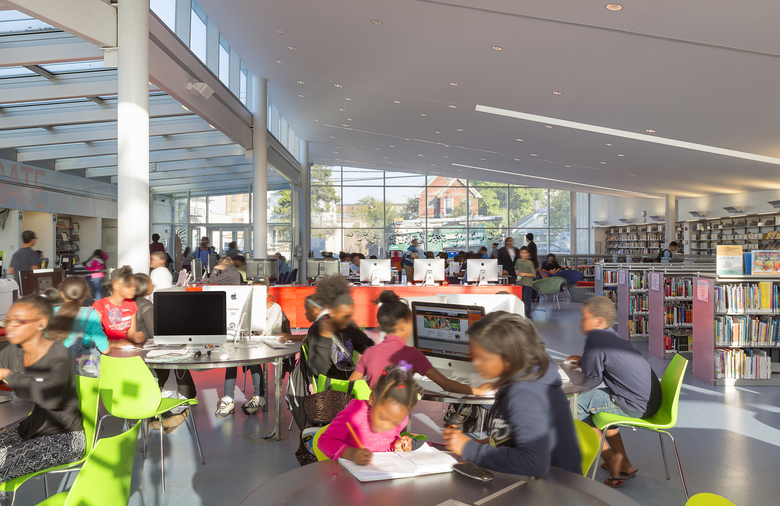 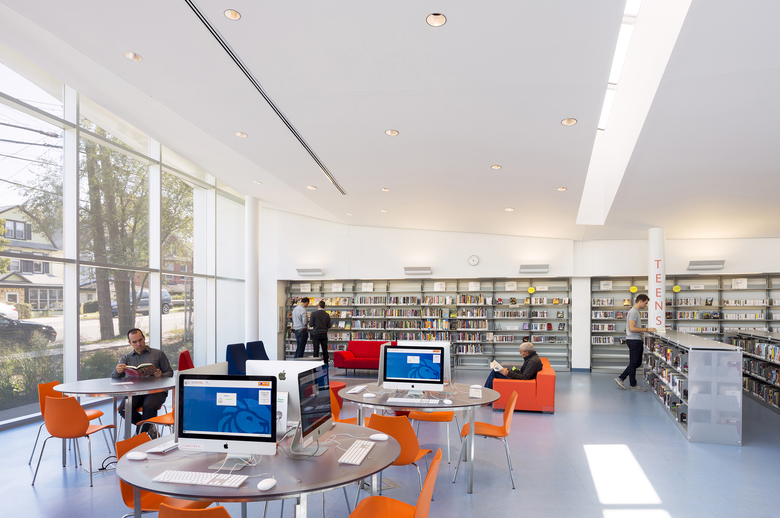 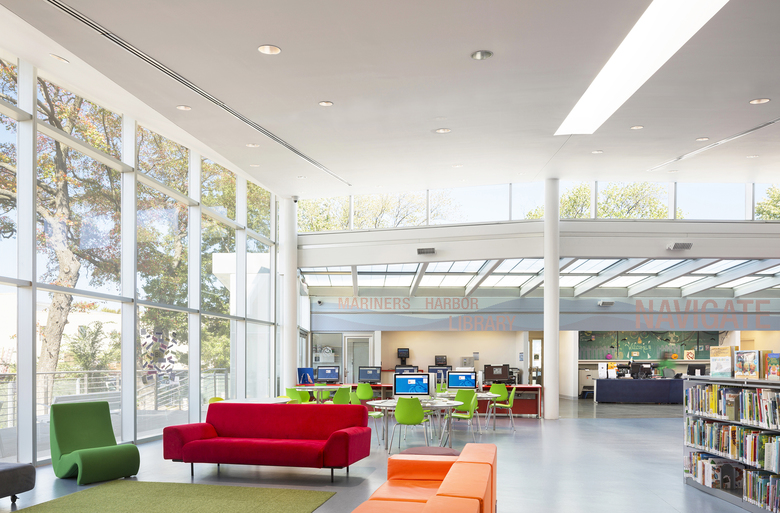 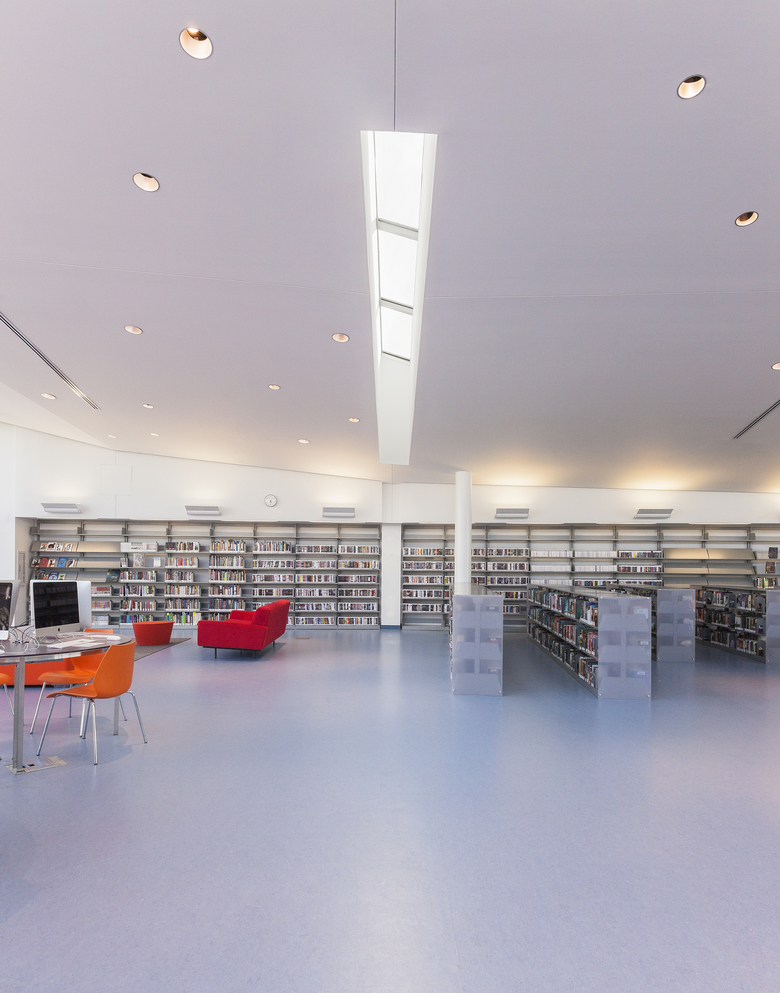 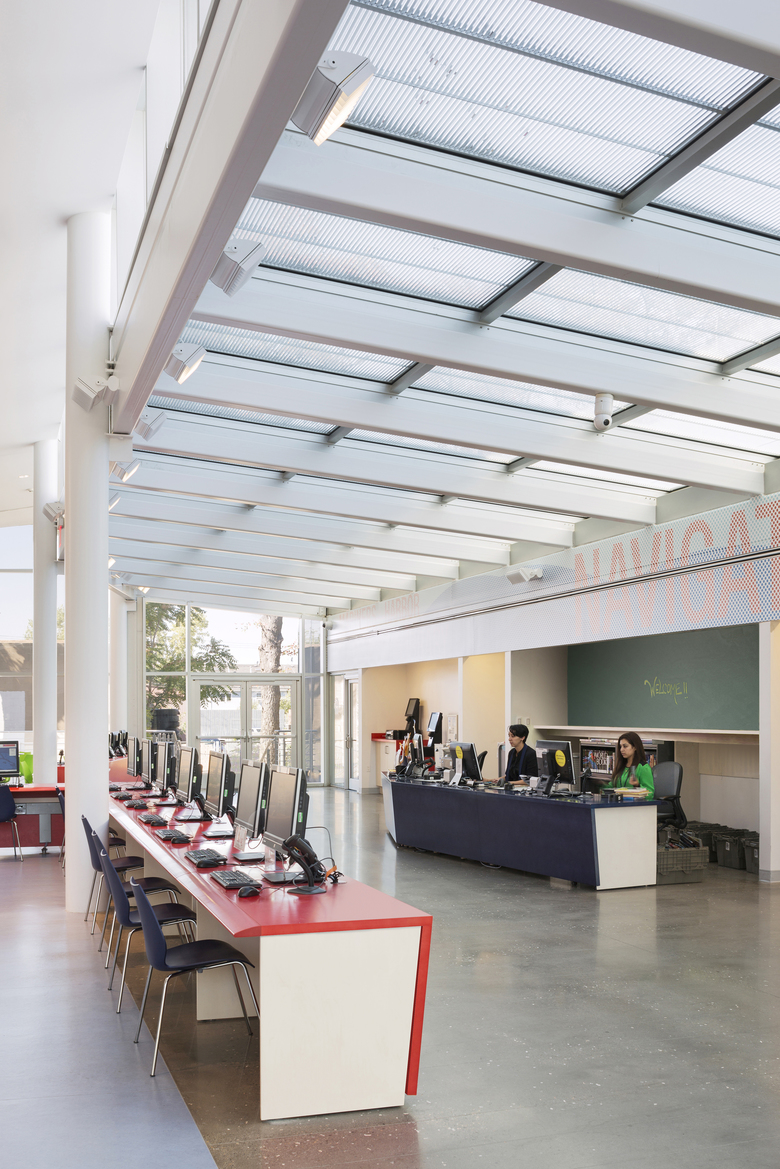 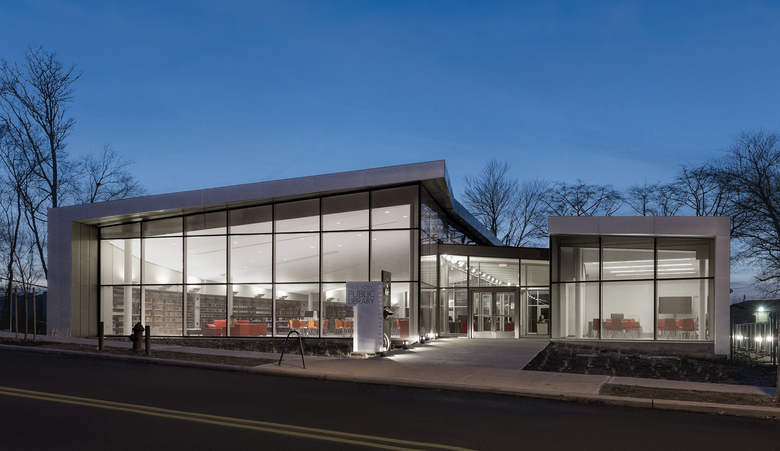 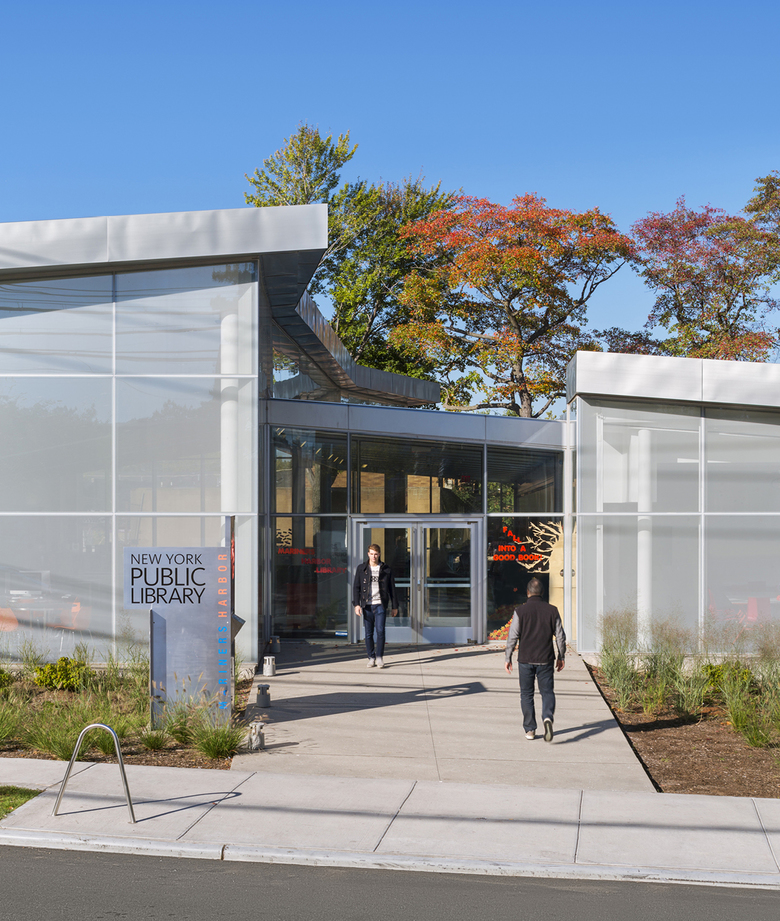 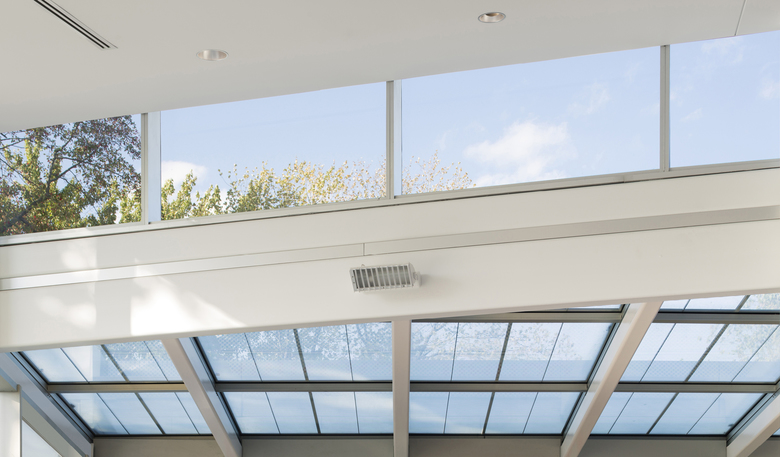 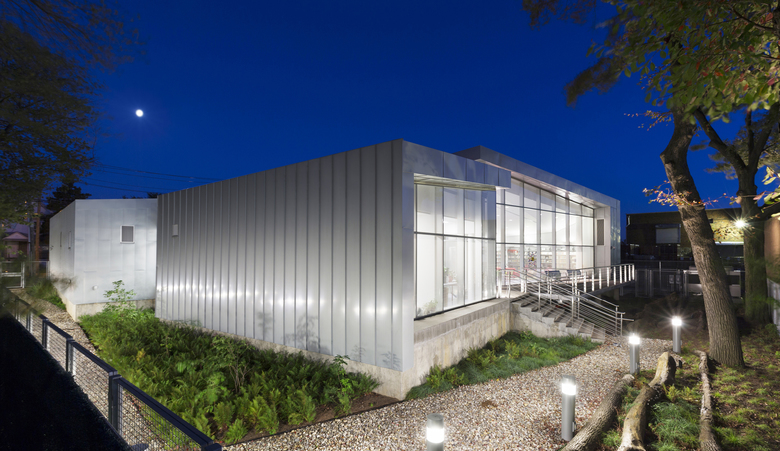 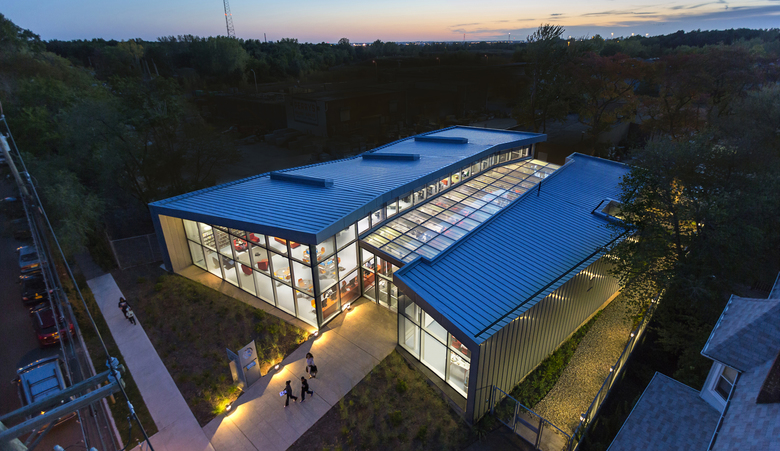 “This long-awaited Staten Island ‘pearl’ is designed to support and cultivate the education of all students of Mariners Harbor, young and old.” – New York Public Library President Tony Marx

The New York Public Library commissioned this new library as part of the Design and Construction Excellence program spearheaded by the NYC Department of Design and Construction. The first library and civic building in its neighborhood, a former oystering community, it has become a catalyst and an anchor. It is conceived and used as a public gathering place, as a place for reading, computer/media access, job search/training, after-school assistance, as well as supporting the traditional function of book repository.

The design concept for the single-story building is an oyster shell cracked open, rough on the outside and mother-of-pearl on the inside, to honor the area’s rich maritime and oystering history. The new library, sited between residential and industrial blocks amid dense foliage, is accessible from South Avenue, and its plan maximizes site scale through integration into the neighborhood context, making it accessible and welcoming.

The slight shift and bending of the library’s volumes create a hospitable entry and transition to its interior. There, a larger volume containing reading spaces and a smaller volume containing support functions are organized along an open, glazed, central circulation spine linking all services. A community room, with audiovisual equipment, and a terrace overlooking the garden are open to the public. Daylight is maximized through the glazed surfaces at the street and garden sides of the library, while a glass roof brings northern light and tree views to the central portion of the building, situated along lot lines.

Environmental and resilient aspects of the library include siting the building on the highest elevation; insulating and sealing the building envelope; energy efficiency; abundant controlled daylight; the use of recycled and environmentally friendly materials; water conservation and preservation of its garden's mature trees.

Architectural Record – Investments in Public Architecture Pay Off for the City by James Murdock, September 2011
The Architectural League - New New York, 2001-2010: The City We Imagined, the City We Made group exhibit - 2010