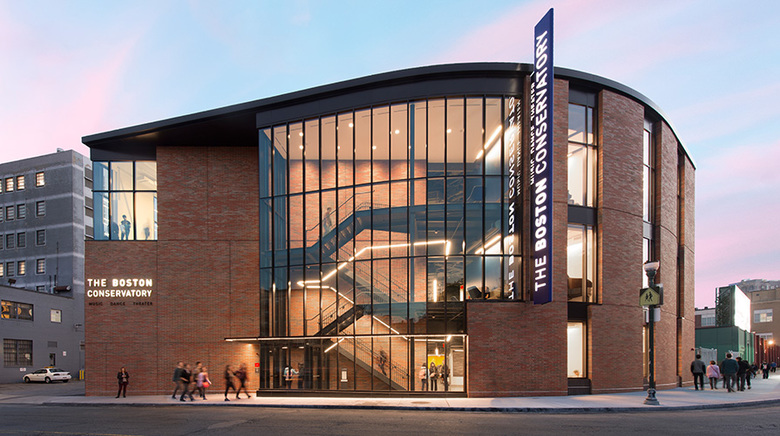 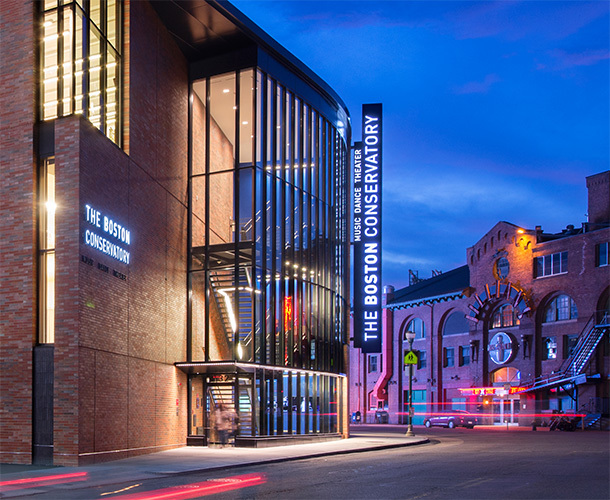 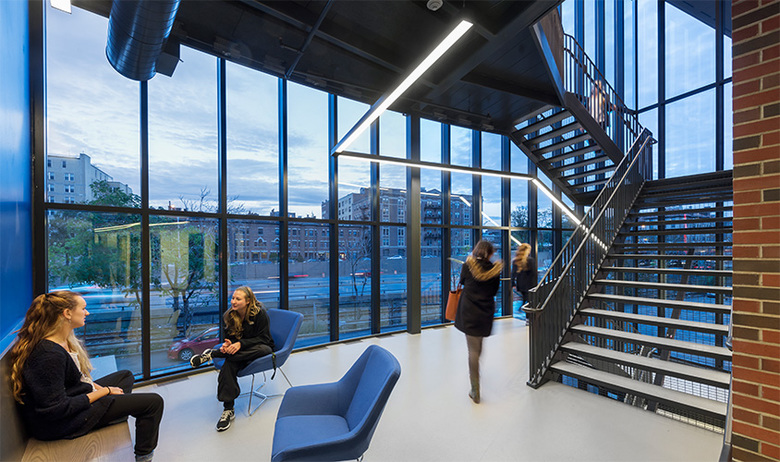 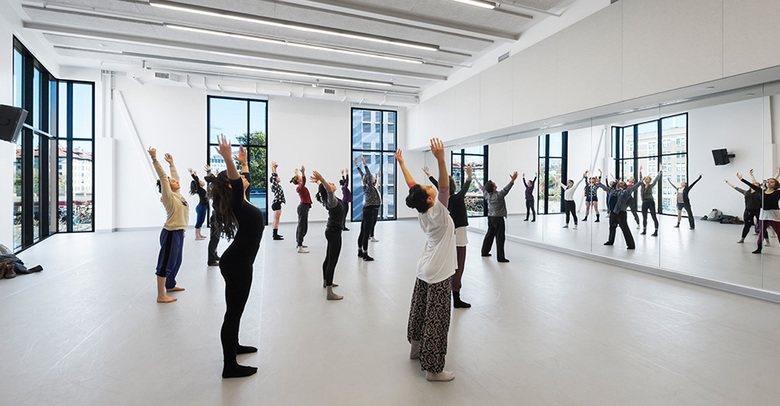 The Boston Conservatory, the oldest performing arts conservatory of its kind in the nation, opened its new Studio Building in September 2014. Designed by Handel Architects LLP and Utile, the building houses a large orchestra rehearsal space, dance studios, teaching studios, multi-purpose rooms, and practice rooms for the instruction of movement, theater, voice, instrument, and orchestra ensemble.
The 20,000 square foot Studio Building was designed to leverage the 150-year-old institution’s presence in Boston while creating a state-of-the-art learning environment for students and faculty. A brick and curtain-wall façade echoes the character of the historically-significant neighborhood. Interaction between students and faculty is promoted by a common entry into a dramatic three-story atrium stairwell, punctuated by student lounges at each landing. Two 1,500 square foot dance studios take primary position at the top of the building, with stunning views and natural light.
Located at the edge of the Massachusetts Turnpike and a commuter rail line, and Fenway Park just down the street, the site was selected for its high visibility to the neighborhood. But this virtue has the drawback of frequently loud ambient noise, which in turn required a design that minimized windows into the rehearsal studios. To create effective noise-isolation, ‘box within a box’ construction leverages the density of the brick walls while also creating a visually cohesive fit in the neighborhood.
The team’s design solution was inspired by both the vitality and challenges of a site located in the heart of a major U.S. city, successfully blending with the urban fabric while creating an architectural presence representative of the values of The Boston Conservatory.